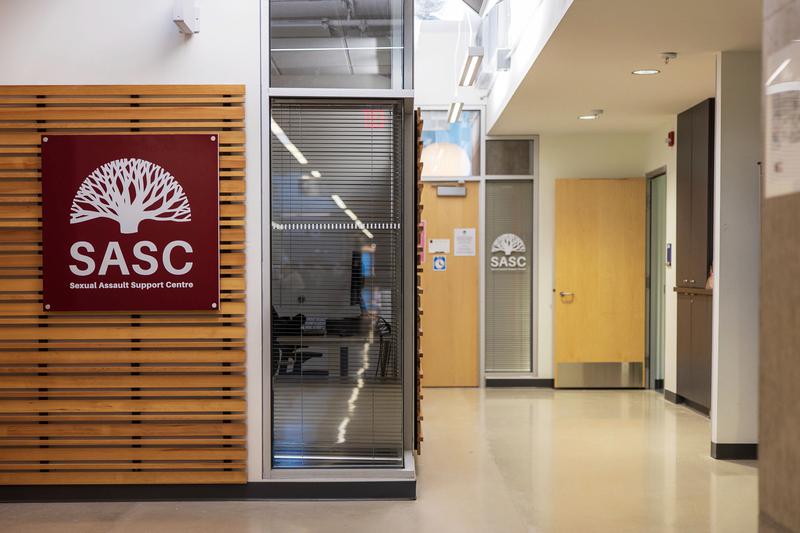 “Due to the extended winter break and the fact that the SASC is understaffed at the moment we weren’t able to promote SAAM as fully as we would have liked this year.” File Zubair Hirji

For the past several years, Sexual Assault Awareness Month (SAAM) at UBC has been a collaboration between the university’s Sexual Violence Prevention and Response Office (SVPRO) and the AMS’s Sexual Assault Support Centre (SASC). This year, however, the SAAM website did not list SASC as an organizing partner.

SASC said this is due to understaffing.

“The priority at the SASC is to ensure survivors receive the highest level of support ... possible,” said SASC outreach coordinator Joelle Jeffrey. “Due to the extended winter break and the fact that the SASC is understaffed at the moment we weren’t able to promote SAAM as fully as we would have liked this year.”

The AMS is currently in the process of hiring a new SASC manager, Managing Director Keith Hester said at the last AMS Council meeting. It’s unclear how long the SASC has been understaffed.

SVPRO is an official UBC office, while SASC is an AMS organization. However, both organizations provide support services to survivors, centralize gender equity and racial justice and organize to foster a consent-based campus culture.

According to Jeffrey, SASC lacked the capacity to officially participate in SAAM this January. They ran out of time to list their events on the SAAM calendar, but did collaborate with SVPRO to plan the month’s programming.

SASC volunteers hosted four movie-screenings and discussions over Zoom. The films aligned with SAAM’s focus on addressing the intersections between race and sexual violence.

“The SAAM events we held so far this year over Zoom ... held space for deeper discussions around race, explored through the intersectional framings provided by each movie we have screened,” said Jeffrey.

In their new office, SASC continues to provide both virtual services and in-person services, while prioritizing survivors and COVID safety.

“We’re proud to say that the SASC is one of the few organizations on and off campus that is currently offering in-person appointments,” said Jeffrey. “Survivors can call our support line between 8 a.m. to 10 p.m., seven days a week and speak directly to a Support Worker, and our team approach means survivors can access the SASC during our hours regardless of who is working that day.”

SVPRO meanwhile is only accessible via phone or online appointment, and is available 8:30 a.m. to 4:30 p.m. Monday through Friday. Having two organizations gives survivors the option to choose the services most comfortable to them.

“Some survivors who have experienced institutional harm from UBC may prefer working with the SASC as we are not part of UBC and therefore can advocate in a different way than SVPRO may be able to.” said Jeffrey. “Having said that, there are also strengths in SVPRO being a part of UBC and they may have more authority to create internal change.”

Although January may be over, SASC continues their work to support survivors on campus beyond Sexual Assault Awareness Month.

“Similarly, we feel that Black History month and Trans Remembrance Day should also extend beyond its allocated one month, and one day respectively,” Jeffrey said. “The commitment to [combatting] anti-black racism and addressing cissexism really is an ongoing effort.”

This article has been updated to reflect that SASC is not simply a volunteer-run organization, it also has paid staff.