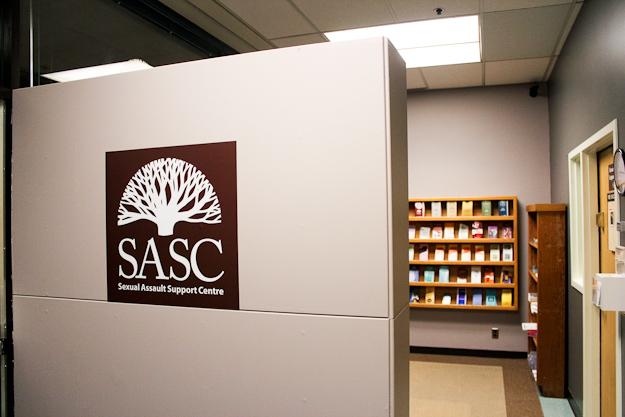 The Sexual Assault Support Center (SASC) is starting a program this month to facilitate the exploration of masculinity.

To kick off the project, former BC Lions player JR LaRose will discuss his own relationship to the hyper-masculine stereotype.

“Men, this isn’t a women’s issue, a trans issue, [or] a gender non-conforming issue — it’s your issue.... We’re trying to contextualize it more than just, ‘Stop screwing up, do better,’” said AMS President Aaron Bailey and soon to be participant in the training. “This could make you healthier, make you better able to deal with things.”

A step to combatting gender-based oppression and violence is for male-identifying people to recognize the implications of their masculinity.

“What we’re really hoping for ... is to draw folks from athletics [and] from fraternities,” said SASC Manager Ashley Bentley. “Women have been doing this fight for a really long time.”

SASC’s goal is to confront problems of gender-based violence and oppression in the UBC community, yet most of the individuals involved in SASC identify as a woman. Healthier Masculinities hopes to target male-identifying people including those who Bentley would like to see take a more active role in preventing such issues.

According to Bentley, those who identify as a man may think gender issues are not important to them because they have not been oppressed, have not perpetrated violence, or they do not see rape culture around them.

Yet, rape culture is exactly defined as the normalization of rape by society to the point where it can be denied as an issue.

“We live in a community here at UBC and part of being a part of this community is taking responsibility for how you can shift culture,” said Bentley. However, when this is brought up to many people, according to Bailey, they view it as an attack.

The goal of the campaign is to help men overcome the harmful societal expectations that prevent them from accessing counselling, exploring male privilege and other personal issues.

For UBC to become the supportive, safe environment SASC hopes it will become, both men and women need to be present in the fight against these challenges — many of which come from gender roles both men and women feel the need to fulfill.

“When [men] don’t perform these ideal of how masculinity should be, they often face ... disadvantagement by patriarchal structures,” said Silken Handford-Perronnet, VP Internal of the UBC feminist club. “At UBC, I would like to see this issues not being pushed off.... People talking about it and accepting [gender-based oppression] is happening.”

After the training, the male-identified students involved will be creating whatever project they see fit — such as a men’s circle for example. They will also receive training in how to be better allies against gender-based violence and oppression through workshops led by UBC professors.

“Every time I do a training workshop with [SASC] ... I always learn a little bit more about things that are sort of built into my personality from society,” said Bailey. “I’m still learning how to be healthier as a man and promote healthy societal constructs of masculinity.”