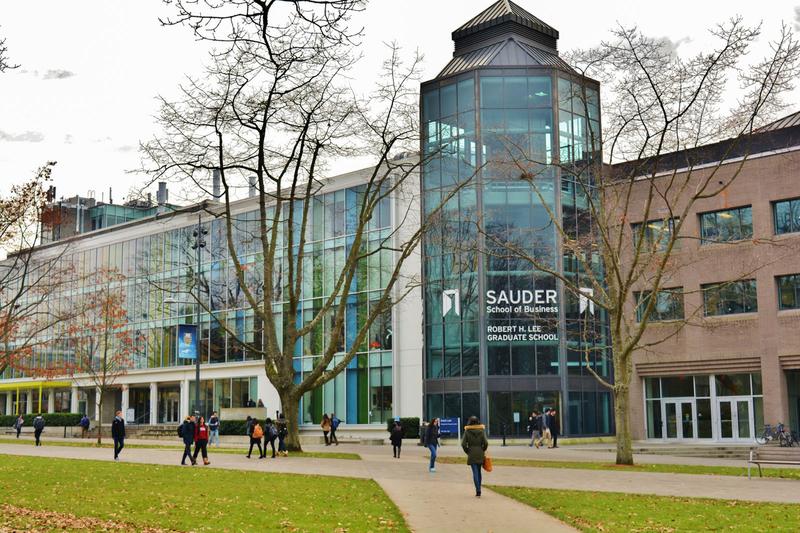 The Sauder School of Business has announced a new Master of Management (MM) dual degree program with Yale University.

Admitted students will spend a year earning Master of Management Studies in Global Business and Society (GBS) from Yale after completing their nine-month MM program at Sauder, graduating with two masters degrees.

David Bach, Yale’s deputy dean of management, said the program will prepare students for the new global realities of the workplace.

“Lots of young people see themselves as cosmopolitan, as global citizens,” said Bach. “They want to have global careers. Companies are looking at people who are globally mobile.”

Both are members of the Global Network for Advanced Management (GNAM) — a Yale initiative for leading schools of business management. Via GNAM, Sauder has sent two to three students a year to complete Yale’s Master of Advanced Management degree, a post-master program with an international business focus.

Darren Dahl, director of the Robert H. Lee Graduate School, said positive feedback from those students was one of many reasons UBC pursued a formal dual degree program.

“Many of our students who have gone there were amazed by the doors that were opened — all kinds of organizations from regular businesses to not-for-profits to government are interested in them,” said Dahl.

“[The dual degree] obviously seemed like a nice fit for us.”

Along with Sauder, Yale is also launching similar dual degrees with HEC in Paris, Hong Kong University of Science and Technology and FGV Sao Paul. Bach noted that the program aims to attract early-career entrepreneurs who might shy from traditional two-year master’s program.

“We’re recognizing that a lot of promising young people are pursuing paths to leadership roles that go through business schools, but perhaps not through two-year MBA programs,” he said. “The Sauder school was one that we absolutely wanted to have involved because of their leadership in this space.”

Applications to the program are currently restricted to current MM students, as well as alumni from the past three years. A formalized application procedure between the two schools is still in development but is sure to be extremely competitive.

“[Yale wants] to build a cohort who are exciting, interesting and trying to make a difference in the world,” said Dahl.

“The type of student who is going to be successful is going to be strong academically ... But also someone who is interesting in a broader sense, as per our broad-based admission.”

Bach also acknowledged the program might not be for every student. A dual master, among other things, is more expensive and demanding than Sauder’s standard MM program. But for willing students, he believes that the dual experience is worth the cost.

“What we’re excited about is that our students will get the best of two places.”