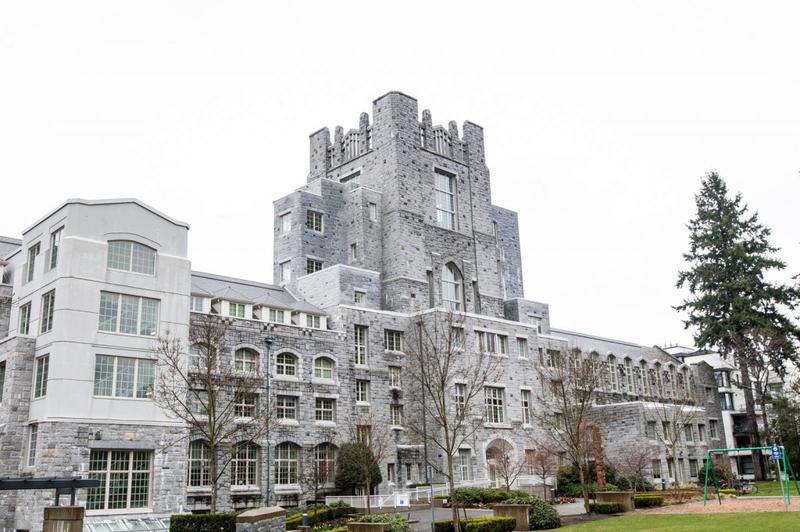 The Iona Building will become the home of the Vancouver School of Economics and its undergraduate society in September of 2015. File photo Carter Brundage / The Ubyssey

Despite setbacks, the new economics student society is on track to become an official society by the end of the school year and to set a precedent for how new student societies will be formed in the future.

New AMS constituencies don't appear very often so the AMS has been moving forward cautiously; in November 2012, the Vancouver School of Economics (VSE) was formed and students have been working with the AMS since to create a procedure for the formation of future student societies.

"The AMS doesn't actually have a set of rules or procedures or steps that people need to take," said Viet Vu, president of the Vancouver School of Economics Undergraduate Society (VSEUS). "Everyone was like 'let's just make sure we move carefully'."

The VSEUS, formerly a student club, will be taking its 916 students from the Arts Undergraduate Society (AUS). In March 2014 they held their first referendum in which 89.5 per cent of 149 voters agreed to reallocate a fee currently paid to the AUS to the VSEUS.

The AMS approved a procedure for establishing new student societies in August 2014 and ruled a motion to recognize the VSEUS in September 2014 as “out of order” until the new rules could be followed. AMS President Tanner Bokor said that was to work out a few more details with the university and internally.

The new rules involved the creation of a committee made up of members of the AMS, VSEUS and AUS, and it will be mobilized during a meeting on January 19. “The only purpose of the meeting is to get the organizing committee set up,” said Bokor, who said there would also be a lot of general information about constituencies, in general, presented.

If the committee is not satisfied with the new society's governing documents, it can recommend the AMS cease to recognize the society, or amend the society's bylaws. If the VSEUS is established officially, they’ll be moving into student spaces in the Iona building.

The last student society to go through the process was architecture students, nearly a decade ago, according to Bokor. “[It] highlighted that we didn’t really have any clear protocols on how to create a constituency and ensure effective representation for students.”

“It certainly took a little longer than we had expected,” said Bokor, who said they aren’t aware of any other new societies on the horizon, “but it’ll be for the better of those students and a better result in the end.”