UBC Sprouts’ Seedlings eatery to close at end of term 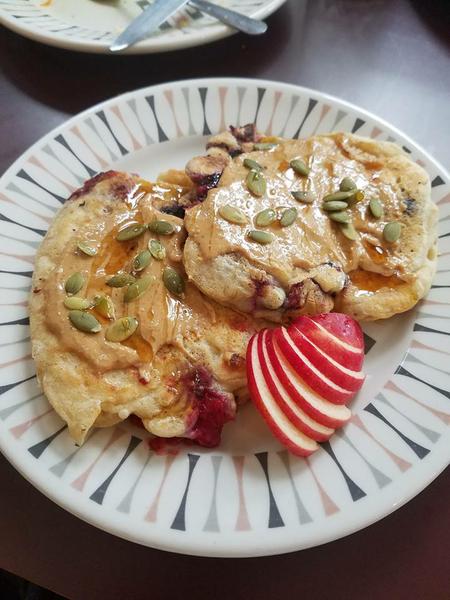 The cafe, known for its Seedlings bowl and pancakes with apples and peanut butter, holds a special emotional connection for many students. File Henry Anderson

After nearly seven years of operation, Seedlings eatery — an offshoot of UBC Sprouts — will permanently close on April 10.

The student volunteer-run eatery is currently located in the penthouse of Thea Koerner House, but is closing due to the Graduate Student Society's (GSS) decision not to renew their lease.

They don’t know at this point what will happen to the penthouse space, but Ben Hill, the communications and marketing director at GSS emphasized that they want the facility to continue to be available for graduate students. Some potential short-term changes may include providing more space for graduate courses.

“We want it to continue to be a space that graduate students use, even if the Seedlings unfortunately won't be there,” Hill said.

A second home to many

Jay Meader Lowenstein, the Seedlings kitchen manager, has been volunteering at the eatery since their first year.

“It's a place where you can come and hang out with your friends ... but you can also come and do homework for as long as you want,” they said. “If you go to most cafes, you have to buy something. ... If we see you hanging out and you didn't buy anything, like we don’t really care.”

They met on a Seedlings kitchen shift a year and half ago, became friends and are now roommates.

“I think Seedlings is really special because it’s run by students for students. It’s not by UBC, it’s by us,” said Gunn.

Seedlings is also a special place for Henry Guinn, a fourth-year geography and First Nations and Indigenous studies student who frequents the cafe often.

Guinn finds that establishments like Seedlings are incredibly important resources and offer another level of belonging.

“We see a trend in universities towards neo-liberalization and the privatization of spaces,” Guinn said. “It means [a lot] to have a student-run and non-commercial space in also an incredibly political and contested space.”

“It especially hurts because I've been evicted from the last two places that I've lived in Vancouver and ... then Seedlings being closed, that's like my home on campus,” they said. “So it’s just a little bit of a sore spot for me.”