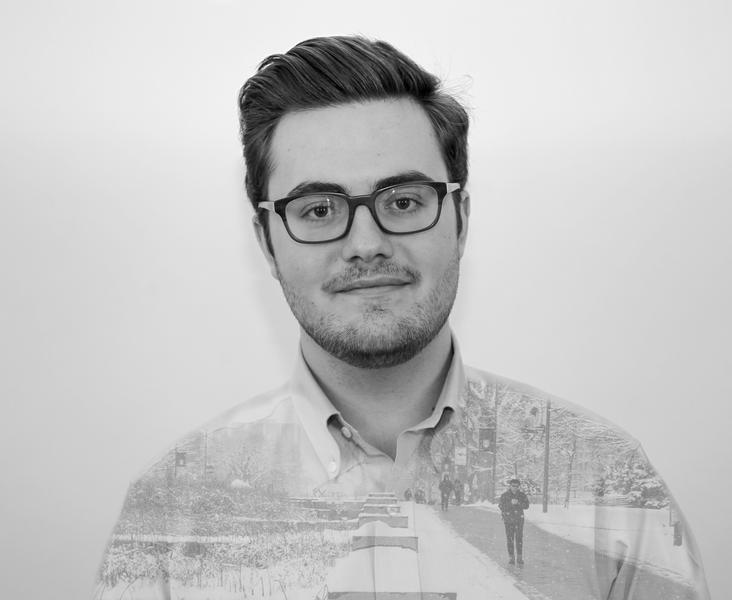 If re-elected, he hopes to build on what he’s already achieved. Zak Vescera and Elizabeth Wang

After two years of serving in Senate and two years as VP Academic and University Affairs (VPAUA), third-year arts student Max Holmes is once again running to be a student senator-at-large.

If re-elected, he hopes to build on what he’s already achieved.

As a senator, Holmes led the ongoing review of the academic concessions policy to craft more “compassionate” guidelines, worked on an updated course syllabi policy, helped secure $1 million for undergraduate research and spearheaded the (ongoing) fight for fall reading break.

Fall reading break was one of Holmes’s main goals last year on Senate and as VPAUA. Although he failed to secure a break for the upcoming school year, despite early assurances, the Senate has approved a working group through the Academic Policy Committee that will have a proposal ready for the 2020/2021 school year.

“It's not as early as I would have wanted it,” Holmes admitted.

In addition to the reading break, Holmes’s priorities this year include a better course withdrawal policy and a Senate governance review.

Holmes is hoping to model a new course withdrawal policy off of the University of Toronto, which allows students a certain number of withdrawals after the deadline, even without grounds for a concession.

“These are sort of you know freebie withdrawals that understand that you're at university to learn. And of course, you might make mistakes and you might need to withdraw from a course after the withdrawal deadline,” Holmes said.

An internal governance review of the Senate occurs at the end of every triennium, with a focus on its internal operations and practices. With next year being the third year of the current Senate session, Holmes said he believes his experience will make him valuable in the review process.

“I have a deep understanding of things that are wrong with the Senate governance system,” Holmes said, citing how the Senate isn’t inclusive of student voices as the main problem. “What I would hope to do is work to review senate governance to empower students.”

Holmes also wants to advocate for a more “inclusive” Senate body. “I think we need to as much as possible push for a system that can be representative of the entire UBC community, not just some within our community,” he said.

Focusing on student outreach and ensuring Senate policy reflects the wants of the student body is a priority of Holmes’s if elected for the coming year.