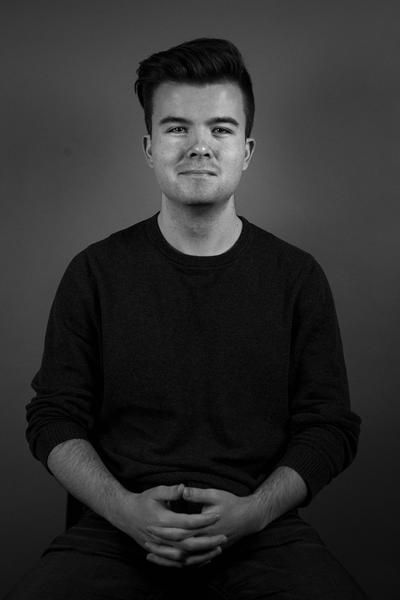 Evans wants to amplify Indigenous voices and push for an external review of the Senate. Elizabeth Wang

Cole Evans wants to compliment his presidential run with a seat on the UBC Vancouver Senate.

“It fits really nicely. It's a good balance. I’m really passionate about making the experiences of UBC students better in as many places as I can,” he said.

This is the current AMS VP Administration’s first Senate run but he’s not unprepared, showing good knowledge of Senate policies and procedures — which is not always the case for first-time candidates.

During the debates, Evans was able to hold his own and keep up with incumbent candidates Julia Burnham, Chris Hakim and Max Holmes, which was something other newcomers often struggled with.

Evans wants to amplify Indigenous voices and push for an external review of the Senate. Other goals advocating for student learning spaces on the Academic Building Needs Committee and working to make summer course credits count towards student awards criteria.

He would also like to see more curriculum and courses centred around Indigenous culture and knowledge but declined to share what tangible steps he would take to reach that goal, saying that as a settler it is not his decision to make.

Evans wants to change the Senate's culture with an external review. He suggested term limits for senators and reforms to increase diverse representation as possible measures to achieve that goal.

He further emphasized the importance of taking a holistic approach to the role and continuing advocacy beyond the doors of specific committees.

“I think that as a student senator … you really have to push on some of those more institutionalized figures that are there to really take action on those issues, emphasizing the importance of those issues, making sure that you’re mobilizing other forms of student groups and interacting with student groups to put pressure where pressure needs to be put on,” he said.

Evans said he’s an experienced candidate who wants to be seen as a friend to students.

”I really think that people should vote for me because they’d be electing somebody who is truly passionate about helping others. I always expect myself to go above and beyond supporting students.”