Senate Summed Up: Senators discuss how to follow through on equity commitments at May 19 meeting

Written by Charlotte Alden and Nathan Bawaan
May 20, 2021  ·  Senate Summed Up 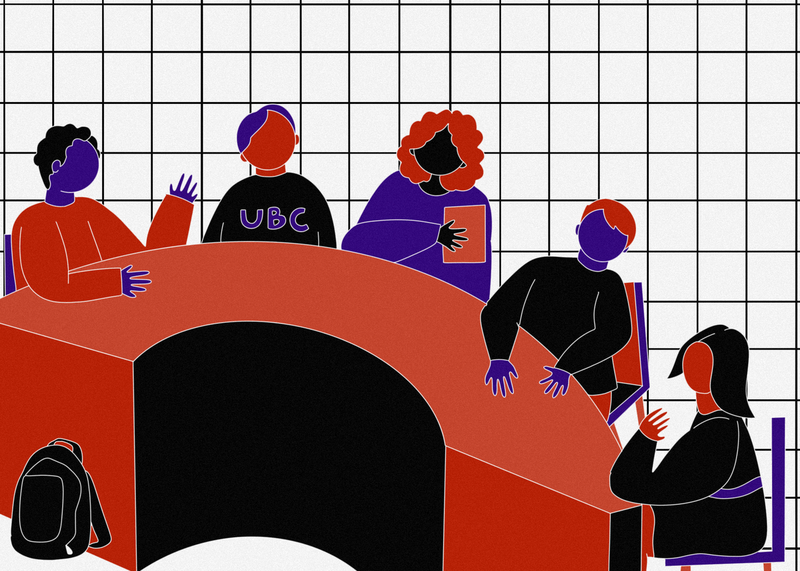 The UBC Vancouver Senate met last night for three-and-a-half hours to discuss the creation of a committee to address academic diversity and inclusion, the progress of changes to evaluations of teaching and the establishment of the Language Sciences Institute.

Here is a breakdown of what you might’ve missed.

‘Broadening the reach’ of equity and diversity in Senate

Senate provided feedback on two proposals regarding equity, diversity and inclusion (EDI) within the body, following the dissolution of the Senate Ad Hoc Committee on Academic Diversity and Inclusion (SACADI).

The ad hoc committee recommended the creation of a standing committee to address academic diversity and inclusion — one of the drafts presented to the full Senate today. The other was a change to Senate procedures to set out EDI considerations as an obligation for all committees within the Senate.

Senators who spoke up advocated for both a new committee and the incorporation of EDI into all committees.

Senator Guy Faulkner advocates for the Senate to pass both of the drafts. Senator Eshana Bhangu emphasizes the need for a standing committee, not an ad hoc committee.

Chair of the now-dissolved SACASI Julia Burnham spoke of the need for a specified committee as a “home base” for this kind of work.

“[But] the existence of an EDI committee does not negate the responsibility of each Senate committee to be approaching our work with these lenses,” Burnham said.

“With the members of the committee also holding membership across the various committees of the Senate, we can combat the siloing of our work and broaden our reach.”

The newly-named student experience of instruction surveys (formerly student evaluations of teaching) are getting a facelift.

Members from the VP Academic and Provost’s office gave a presentation on the progress on implementing recommendations for the student experience of instruction surveys — based on student and faculty feedback.

One of the recommendations centred around revising and creating new survey questions.

Chief Institutional Research Officer Stephanie McKeown said that no new questions were created, but that many of the questions were reworded for clarity, and to encourage more positive feedback.

The office plans to test and have these revised questions approved by the Senate ahead of September, according to Centre for Teaching, Learning and Technology Academic Director Christina Hendricks.

Hendricks also said that their office was in consultation with the Equity & Inclusion Office to address the potential bias in regards to instructor ethnicity that is highlighted in “the literature.”

Two motions resulted in the establishment of a new Language Sciences Institute, and labelled the newly-formed institute a Global Research Excellence Institute.

The first motion to establish the institute passed with only one point of contention.

Senator Francis Andrew expressed concerns that the document outlining the proposed institute had no reference to French, the other official language of Canada, as well as Indigenous languages.

LangSci Co-Director Dr. Janet Werker said that the document does mention and express a commitment to Indigenous languages — which Dr. Bryan Gick echoed in his comments — but acknowledged the lack of focus on bilingualism in Canada.

The second motion to label the institute a Global Research Excellence Institute also passed after a brief presentation.