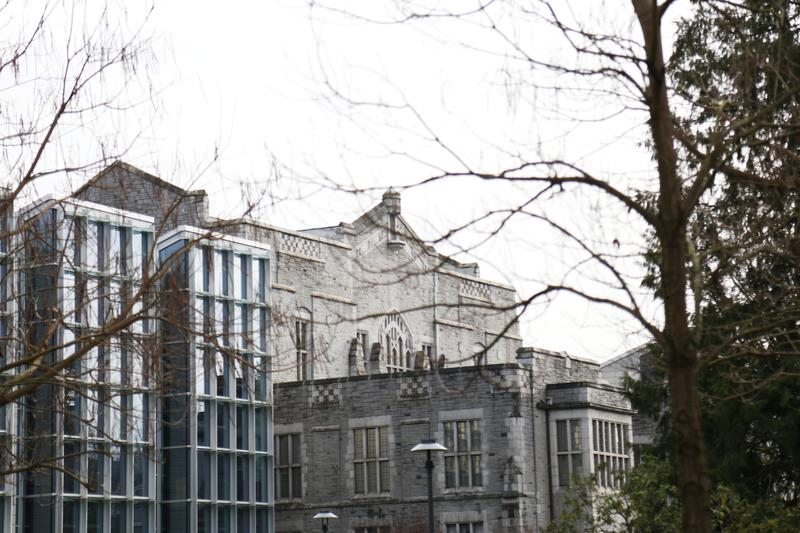 Two ongoing conversations in the university community were reignited at the UBC Vancouver Senate meeting last night, with an answer to calls for a vaccine mandate and an update on honorary degree reviews.

Here are the details.

President Santa Ono gave an update on discussions with the Board of Governors, after the Vancouver and Okanagan Senates approved motions that urged Ono and the Board to implement a full vaccine mandate on campus two weeks ago.

“The Board believes that the most appropriate path at the current time is to require that all faculty members, staff members and students be fully vaccinated or undergo regular COVID-19 testing,” he said, essentially rejecting the broad vaccine mandate, for now.

Ono noted that the Board heard from public health experts — the same group that briefed the Senate before its vote on the vaccine mandate motion — as well as legal advice before making its decision.

Dr. Steven Pelech, who noted his strong opposition to mandatory vaccinations, asked why UBC was not recognizing those who have already had COVID-19 and “actually have much stronger immunity that can be afforded by any of the vaccines.”

“Why are we not developing a strategy to identify people who have actual natural immunity and do not really require constant antigen testing?”

Ono said that he would share Pelech’s comments with the university and the public health office.

Dr. C.W. (Toph) Marshall asked what was epidemiologically and legally different between a classroom — where vaccines aren’t currently required — and other places in BC where they are such as restaurants and movie theatres.

Marshall also expressed concern with the limited scope of the Irving K. Barber Library testing clinic, which is only open three days a week and only available to asymptomatic students.

“I agree with you about the fact that the testing currently is not adequate … we will be announcing a separate site, which will have much more capacity in the next couple of days,” Ono said.

After months of public silence on the topic, the Tributes Committee posed seven questions to the Senate ahead of a fulsome review of the honorary degree process, including whether the Senate believes honorary degrees in principle should be revoked and under what criteria that would happen.

Chancellor Steven Point spoke about the immense harm that residential schools have had on Indigenous communities, including his own family. But he advocated for thorough investigations.

“I think we need to look at [O’Grady’s] involvement in the Kamloops Residential School and if it is discovered that he played a direct or indirect role … the Committee ought to remove that award,” Point said.

“Walk lightly is my view,” he said. “Under careful analysis, do some research and then make a decision.”

In discussion, some senators advocated for more transparency around this process, more community consultation and a quicker action on the O’Grady decision. Many also spoke of UBC’s ethical duty to remove honorary degrees of people whose actions go strictly against UBC’s values.

Dr. Sally Thorne on the Tributes Committee said the committee has wanted to act more quickly, but has received advice from inside the university to not act “precipitously” and look at the issue more broadly. Dr. John Gilbert said it would “not be quick,” due to the amount of work it would take to thoroughly review this process.

Senators approved the motion to not award honorary degrees this year with an overwhelming majority.