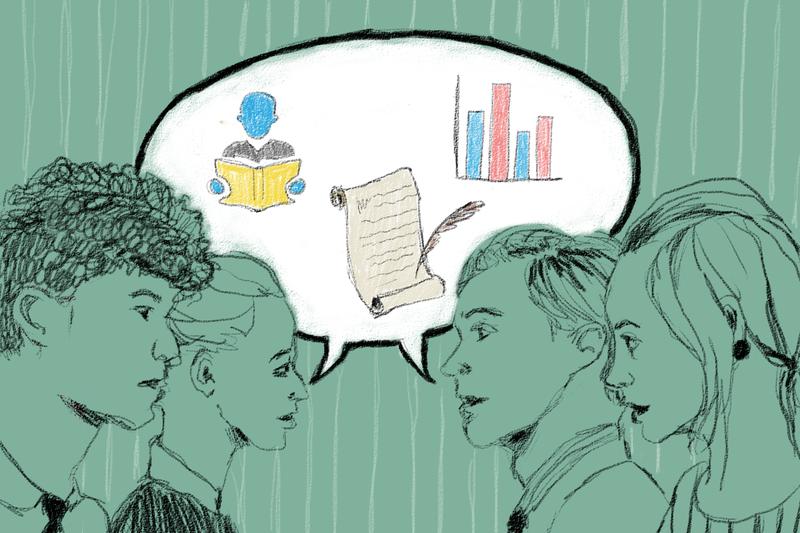 “I think we did successfully get a lot of great recommendations out of this review. But by no means is the work finished.” File Aiken Lao

A recent UBC Vancouver Senate review will bring some of the largest changes that the Senate has seen in over a decade.

At the end of each triennium, the three-year cycle running the Senate, the academic governance body completes a review led by faculty and student senators from its Nominating and Agenda Committees.

In that process, the Nominating Committee solicits comments from senators, senate committees and members of the campus community on Senate’s operations based on a list of questions written by the committee. Based on the feedback received, the Nominating Committee drafts and votes on a set of recommendations that they will bring to Senate. Senate then passes a final vote on the recommendations before they are implemented.

“This was one of the more in-depth and controversial triennial reviews,” said Student Senate Caucus Co-Chair Max Holmes, who sits on both the Nominating and Agenda Committees involved in creating the review.

“I think one of the reasons is this was one of those triennial reviews where students really decided to take advantage of this process and to really point out the governing flaws of the Senate.”

Holmes hopes that an external review would allow for more systemic changes to be made to the Senate.

“We knew out of this [internal] review process we weren’t going to get everything that we were pushing for, because students have long been pushing for systematic change within the Senate — and we’ve often just not been heard by many of our other colleagues,” Holmes said.

Many triennial review recommendations dealt with the composition and function of Senate committees. The review recommended the enlargement of the Academic Policy and Appeals on Academic Standing Committees, including the addition of a new student seat on both.

“Any policy that affects students in academic life has to go through [the Academic Policy Committee], so we thought it was important to have three students on that committee as opposed to just two,” said Holmes.

Other changes to committees included chairperson term limits of six years and mandated secret ballot elections. The review recommended that committees be open to other senators upon request, but not to non-senator students or the rest of the public.

Of the 23 recommendations made, 10 were not unanimously passed by the Nominating Committee, such as the recommendation that members of appeals committees receive any training before hearing appeals cases.

Training for appeals committee members was the only recommendation that wasn’t accepted by the senate, after a meeting where faculty Senator Lawrence Burr asked the student caucus “not to talk so much” about the recommendation.

Senator Tariq Ahmed, the chair of the Appeals on Academic Discipline Committee, said that the committee wasn’t consulted on the recommendation. “I think the nominating committee really has some soul searching to do if its approach is to recommend changes to the operations of committees without so much as seeking those committees’ thoughts first,” Ahmed said at a July Senate meeting.

Responding to this claim, Holmes said that every Senate committee was expected to submit feedback during the process of drafting the review, but that the Appeals on Academic Discipline Committee chose not to submit any feedback to the Nominating Committee on any of the recommendations made.

While some recommendations proved to be controversial, other student submissions were not passed at all and never made it into the review.

Holmes said that about half of the recommendations suggested by the student caucus weren’t accepted, and no public rationale has been given for those decisions. Some of the suggestions kept out of the review included opening committee meetings to the public, or barring Executives and Deans from committee chair positions to prevent conflicts of interest.

The Senate triennial review marks the end of a three year cycle, but it isn’t the last opportunity for change to come to the senate. Student senators like Max Holmes remain committed to working for a better Senate.

“I think we did successfully get a lot of great recommendations out of this review. But by no means is the work finished,” he said.