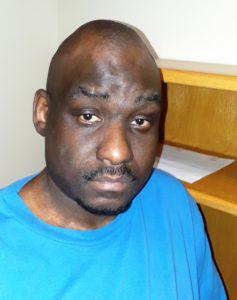 The Vancouver Police Department (VPD) announced the release of Cameron Eugene Ratelle, a sex offender who put the campus on high alert for trying to enter a dorm two years ago.

Ratelle, 40, was released from custody after he completed his prison term on June 28. He had previously been convicted of sexually assaulting a minor. “Pos[ing] a danger to young women” ages 16-25, he is considered at high risk to relapse by the VPD.

In May 2017, UBC issued a campus safety alert when Ratelle was spotted on campus despite being banned. Ratelle was arrested shortly after for violating a non-violent condition of his supervision order.

Ratelle’s freedom is bound by several conditions. He is prohibited from using alcohol, non-prescription drugs, sexually-explicit materials and the internet. He also cannot be in the presence of an educational institution or girls under the age of 18, and he must live in a community correctional centre. He is on a treatment plan with his parole supervisor whom he must notify before initiating any relationship, sexual or otherwise, with a woman.

The VPD describes Ratelle as a 5'8'', 200-pound black male. He has brown eyes, a shaved head, and a strong build. He is hard of hearing but uses hearing aids and reads lips.

If anyone witnesses Ratelle in violation of his release conditions, they are encouraged to call 911.