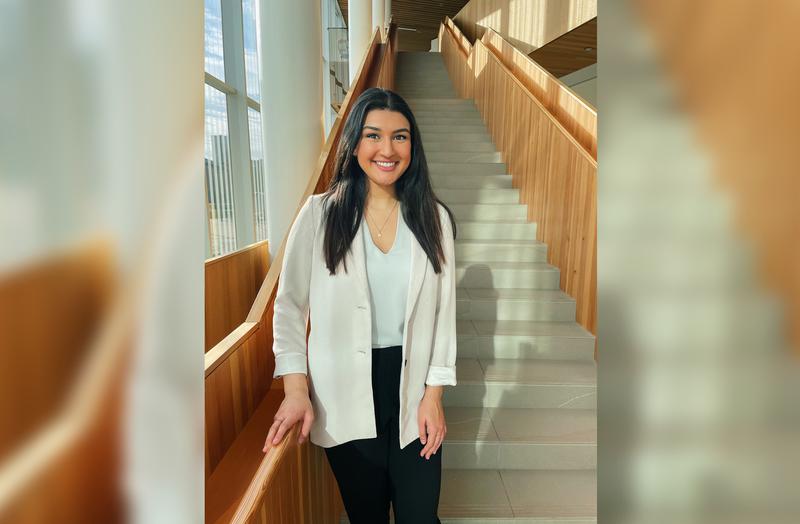 Mehta said it was a “simple mistake.” Courtesy Jasmine Foong

Shivani Mehta, a candidate in the AMS VP academic and university affairs and Senate races, has been reprimanded for using her official AMS email address to campaign.

AMS Elections posted on its Facebook page Thursday afternoon saying that officials have issued an official warning to Mehta for using her AMS email address “in the course of campaign activities.”

“In my experience as AVP Academic this year I have been in many meetings where I have been asked to share my contact information in the Zoom chat for follow-up,” said Mehta in an email to The Ubyssey. “It was a simple mistake that this professional habit carried over in this one instance during my campaigning as well.”

As per the AMS Candidate Handbook, using resources available to branches of the AMS is also forbidden to avoid conflicts of interest. Mehta is the current associate VP academic and university affairs.

Mehta said she has not shared her AMS email in any other “campaigning instance” or used it in any campaign-related matters.

“I would like to reaffirm that I am committed to standing by my declaration as made at the beginning of the campaign,” Mehta said in an email from her personal account.

This article’s photo caption was updated to correct that Mehta was not suspended from campaigning and only received a warning.