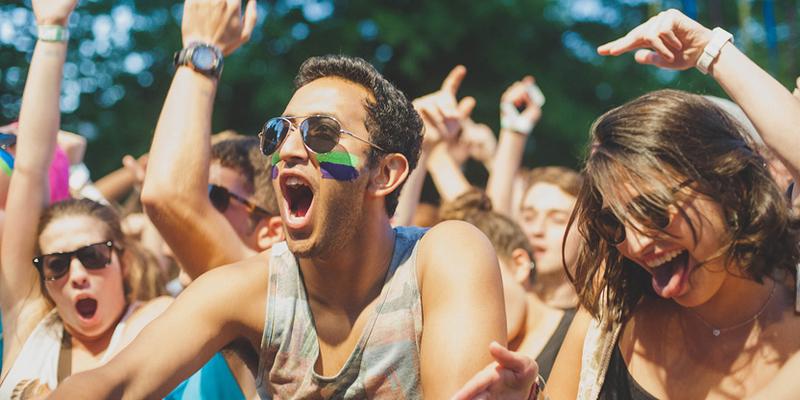 “We still manage pretty much the whole event itself,” said Ali. “It’s just a partnership collaborating ... bringing more people out to the event.” File Kosta Prodanovic

AMS Events is doing a “small partnership” with the Simon Fraser Student Society (SFSS) for this year’s annual AMS Welcome Back BBQ on September 14, after SFSS cancelled their own start-of-the-year event. The two student societies are still in the process of finalizing the details, and the AMS expects to roll out the information for students next week.

The AMS Welcome Back BBQ is the society’s second-largest annual event in terms of attendance after Block Party, with 5,000 tickets originally in circulation. According to AMS President Marium Hamid, UBC students will see no changes to ticket availability or cost.

Instead, the event’s attendance cap will increase from 5,000 to 6,500 — the same number of tickets offered for Block Party — to include additional tickets reserved for Simon Fraser University (SFU) students.

AMS Programming and Events Manager Asad Ali said that the ticket pricing for SFU is still being negotiated. But he expects them to be around $37 for general tier and $45 for final tier, which are more than what UBC students pay but lower than the $55 public tier.

“We subsidize our prices for UBC students,” he said. “For the SFU side, it will be a bit higher just to ensure that it’s fair to everyone all around.”

Ali added that AMS Events will continue to manage most of the planning for Welcome Back BBQ and has so far pitched only the funding for more security to SFSS, anticipating the need for 10 to potentially 20 more personnel. The total number of guards will range between 60 and 70, and the AMS has also promised to ensure adequate support from first-aid and wellness crews.

“We still manage pretty much the whole event itself,” said Ali. “It’s just a partnership collaborating ... bringing more people out to the event.”

Currently, the event has sold approximately 1,000 tickets — both Ali and Hamid expect the sales to pick up in the second week of August as students begin returning to campus.

“As a student society, our goal is always to break even on an event — our goal is not to make money … If we have a budget for $35,000, my goal is to minimize the loss as much as possible and I’ll ensure we get more sponsorship revenue, more ticket revenue, alcohol sales, etc.”

According to an SFSS press release, their annual Fall Kickoff concert was originally “pencilled in” for Friday, September 21. But on July 9, the society was notified that the location was booked for another event. A proposed alternate date of Friday, September 28 was rejected by SFU.

The SFSS was offered two alternative dates — September 14 and 20 — but did not accept them. The Peak reported that the SFSS was concerned about hosting the event on the same day as Welcome Back BBQ, and was worried that hosting on the 20 September, a Thursday, would harm attendance.

“We understand and sympathize with the frustrations felt over the cancellation of this year’s concert, and we’ve worked to find an alternative solution for our students,” reads the SFSS statement.

“Although we acknowledge this event is not the same as the concert experience we could provide here on Burnaby campus, this partnership was the best alternative for our members given the circumstances.”

The conversation started between the AMS and SFSS about “a week or a week and a half ago,” according to Ali. Now, the AMS is looking at this soon-to-be finalized partnership as a way to foster collaboration between student societies in close proximity and to test the feasibility of larger events.

“We have done parties of this scale before and our Block party is of that scale,” said Hamid. “We look forward to what this new evolving relationship with other student societies would look like.”

“It just goes to an overarching goal if we ever want to do a Block Party or Welcome Back for 10,000 people — this is the first step to showing that it can be done through collaboration with other student unions,” said Ali. “This is a great example and the first push to ensure that we can make something like that happens.”

The Ubyssey has reached out the SFSS for comment and will be updated as the story develops.

A previous version of this article includes budget number about last year’s Welcome Back BBQ. It has been removed because inconsistency across different reports.