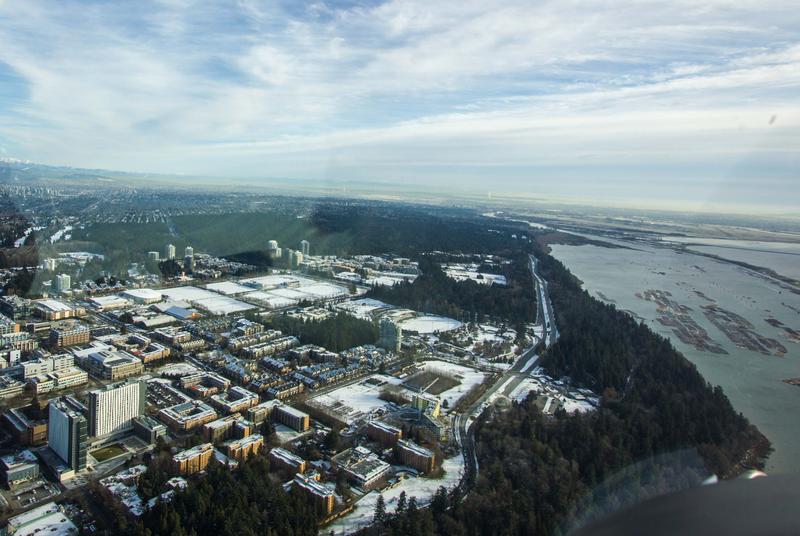 Both noon and 8:30 a.m. examinations have been cancelled on UBC's Point Grey campus due to the poor travelling conditions caused by the weather. Updates on the 3:30 p.m. exam block will published on UBC's website at 12:30 p.m.

Exams are currently expected to be rescheduled in January 2017.

Cancellations have occurred as a result of major transit issues that have been occurring across the Lower Mainland.

Translink currently reports service disruptions for all areas of transit except for their Seabus. In Vancouver, all areas north of 41st Avenue, and all buses with service into Vancouver via Main street and 41st avenue, are reporting stuck buses and impassable roads.

The SkyTrain is also experiencing severe delays. A man with a machete was shot by officers at the station this morning. The station remains closed to the public until further notice.

A full list of current issues can be found here.

Buses are stacked up at the bottom of the hill at 10th and alma. No transit to UBC it would seem. #bcstorm #bcsnow pic.twitter.com/i0DpKIYLNj

Students have been expressing frustration with the way in which cancellations are being announced, noting that it may take longer than the three hours provided to get to campus.

@UBC hi guys can u do updates a little earlier because it might as well take me 3 hrs to commute to ubc and 2.5 hrs notice is not enough

Some students have taken to hitching to school, according to Twitter.

UBC is currently advising non-essential staff and faculty to remain at home. However, essential services are being maintained for the campus, including student residence.