SPHR holding demonstration outside the Nest 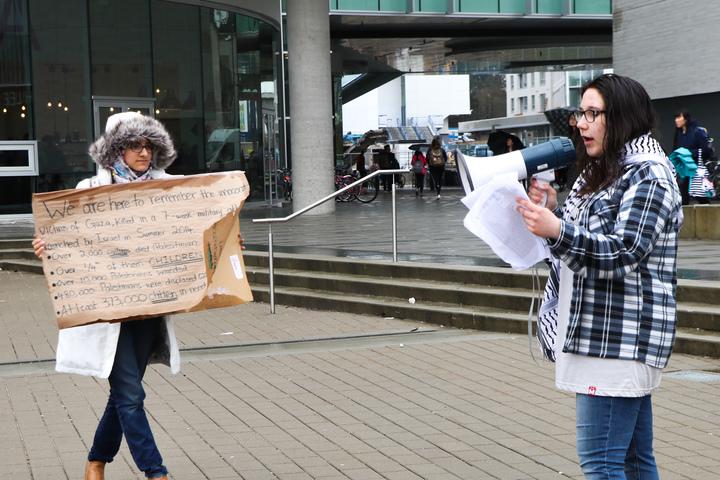 Members of Solidarity for Palestinian Human Rights (SPHR) UBC are currently holding a demonstration outside the AMS Student Nest.

“This event is linked to the fact that we are having a BDS campaign, but it is first and foremost meant to really give an insight for people as to what it means to be under siege in Gaza,” said Emma Russo at the event.

The participants are hoping to bring awareness to a specific conflict that happened in Gaza during December 2014 by reading out the names and ages of Palestinians who died.

“I’m here because I’m extremely committed to giving a human name and face, if we can, to people who have died,” said Russo. 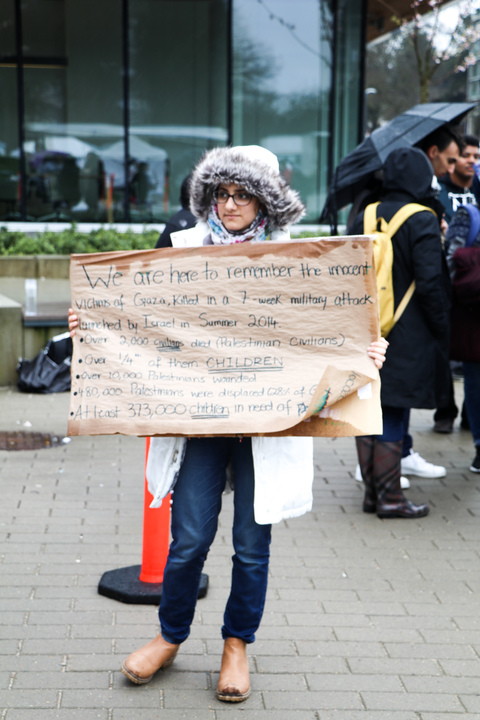 The organizers are also handing out information on SPHR’s YES campaign for the Boycott, Divestment and Sanctions (BDS) referendum currently being posed to UBC students in a by-election.

The BC Supreme Court recently ruled against a petition filed by UBC student Logan Presch, allowing the BDS referendum question to be put forward this from April 3 to 7.

The “Vote NO UBC” campaign is also boothing on campus.

With files from Kate Colenbrander