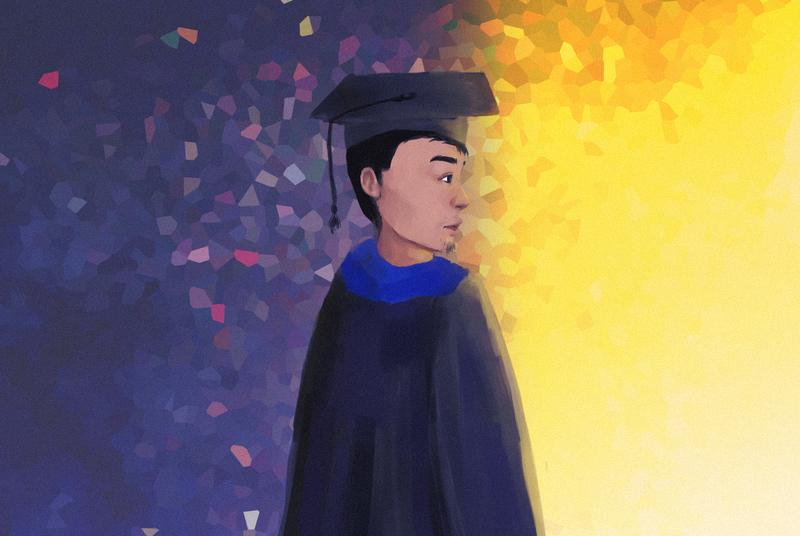 “If not for myself, I need a graduation ceremony to take place for my family.” File Aiken Lao

Students in UBC’s graduating class of 2020, many of whom have already had an abrupt ending to their final weeks on campus, will now not get the chance to walk across the stage in May.

UBC President Santa Ono made the announcement on March 26 in a letter to the community, confirming that in-person ceremonies would be cancelled in May. But the university is looking into creating a virtual celebration as well as an in-person ceremony at a later date. Students who are graduating this year will still receive their degrees in the mail.

“... I can promise you that we will come together online to award degrees so that everyone will graduate as expected. No virtual gathering can match our in-person ceremonies, but I promise you, it will be special, and it will be meaningful, and it will allow us to celebrate you and your accomplishments,” reads the letter.

The decision was made to comply with guidelines from the provincial health authorities on practicing social distancing to mitigate the spread of the virus. On March 12, the BC Health Ministry recommended suspending events with more than 250 people in attendance and UBC followed suit, cancelling many large on-campus events and classes.

While many other Canadian universities have not yet decided what to do about graduation ceremonies set to take place in May, the University of Toronto announced on May 25 they would be cancelling spring convocation due to COVID-19 social distancing concerns. It did not mention the possibility of holding the ceremonies at a later date.

On March 20, the department of zoology at UBC posted a COVID-19 update on its website noting that the university had determined its course of action.

“Spring congregation is canceled, and communication plans will be informed. The intention is to grant degrees and issue parchment in May by mail,” read the update.

But the announcement was taken down the next day at 9:50 a.m. The university did not confirm or deny when The Ubyssey reached out to confirm whether the update was correct, but said it would be making an announcement about graduation soon.

Before the official announcement was made, many students from the class of 2020 understood that in-person ceremonies should be delayed to prevent the spread of COVID-19. But many also agreed that cancelling graduation would be a major disappointment.

“With the current circumstances, I don’t think grad should happen in May. However, I think students should have the chance to walk in a later ceremony at a later date,” said Ryan Shearson, a fourth-year cognitive systems student in the faculty of arts.

“Graduation is very important to my family and I. As a student who isn’t planning on attending grad school, my undergrad graduation was supposed to be the culmination of my academic journey of over 16+ years. Simply getting a piece of paper in the mail feels incredibly anticlimactic for such a big life event.”

Bailey Saguin, a fifth-year psychology student, said not having a ceremony would be “highly upsetting.”

“These past two weeks have been a lot. It’s sad to lose our last semester at UBC. However, not having the ability to walk across the stage is the most disappointing of all. My dad has talked about seeing me get my diploma since my first year at UBC,” he said.

Many students feel that a proper graduation ceremony is particularly important to their families, especially when their parents paid for their education.

“If not for myself, I need a graduation ceremony to take place for my family,” said Imran Rai, a fourth-year sociology student. “My dad and mom put in endless hours of labour when first immigrating to Canada so that my brother and I could comfortably attend UBC. For my parents to be deprived of this moment would be extremely unfair, as their journey has not been an easy one.”

For Seham Karim, a fourth-year communications student, graduation is not only a big deal to her family. It’s a cultural milestone in her life.

“Graduation is not just the completion of my degree, it is celebrating the fact that I am a Pakistani female in my 20s, who made it here despite the myriad of obstacles that we are subject to at the hands of our cultural norms of marrying young,” explained Karim.

“Someone once told me that ‘anything in life can be taken away from you, except for your education.’ That’s why grad is the most important day of my life.”

Oben Okta, a fourth-year political science and history major, added students should have a say since the ceremonies are paid for by their tuition fees.

“Cancellation should definitely not be an option, as it is also one of the things we paid in our tuition for years. Postponing is okay and quite understandable. However, UBC needs to stay in touch with us students to determine the best time for it,” said Okta.

But overall, many recognized that student safety should be the university’s top priority when planning the ceremonies — which means they might have to wait.

“In my eyes, postponing is the only fair and safe option,” said Sofia Rojas, a fourth-year psychology student. “No one wants to put themselves, friends or family at risk given the outbreak circumstances.”

“However, when the outbreak is controlled and things begin to normalize, what better way to jump back into life with joy than with a celebration of years of hard work?”

This article was updated to correct Bailey Saguin's name and gender and to include President Ono's social media posts about UBC's commitment to holding a postponed in-person ceremony for the class of 2020.