‘Stress, anxiety and worry’: Is UBC doing enough to protect the mental health of its faculty and staff? 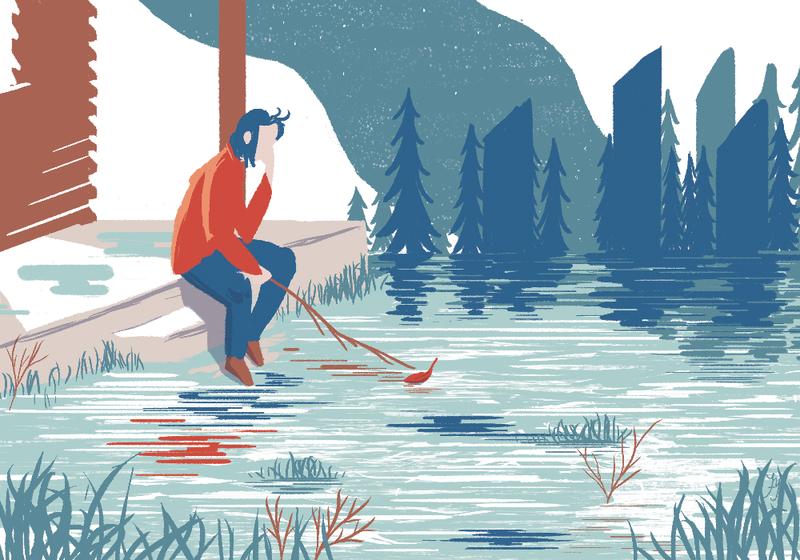 Not everyone agrees that UBC is tackling the causes of mental stress effectively among the university’s employees. File Jerry Yin

In the wake of increased advocacy for student mental health, UBC is expanding its well-being services to also focus on faculty and staff. But instructors and staff are concerned that the initiatives don’t address underlying mental health stressors: job security, publishing pressures and understaffing.

In a report presented to the Board of Governors in April, then-VP Human Resources (HR) Barbara Meens Thistle outlined the ongoing efforts by UBC to foster mental well-being among staff and faculty.

UBC already offers a range of support mechanisms for staff and faculty experiencing mental health challenges, including enhanced benefit coverage for psychological services and internal programs such as Mindfulness@Work, Healthy Workplace Initiatives Program and the Not Myself Today campaign.

The report also stated that utilization rates of established services like the Employee and Family Assistance Program have seen an increase in recent years from 12 per cent to 14 per cent.

For its commitment to workplace wellbeing and its leadership in mental health promotion, UBC received the Workplace Mental Health Award in 2015 and the Canadian Cancer Society Extra Mile Award in 2018.

But not everyone agrees that UBC is tackling the causes of mental stress effectively among the university’s employees.

According to a long-time sessional lecturer that asked to remain anonymous to protect her job security, UBC’s mental health strategies focus on superficial solutions ill-suited to address the basic issues facing faculty members.

“A colleague and I experienced some of the resources available and found them excellent, [but] one of the things that isn’t in that [report] is that there is a fundamental mental stressor in the university and that is job precarity,” said the lecturer.

“Most [instructors] have PhDs and terminal degrees. [They] are experts and have experience, but still worry about paying the bills.”

The lecturer also warned how Canadian universities now employ “one in three academics” on a contract basis, which they claim is a “foundational issue” leading to job and financial insecurity.

A 2018 survey by the Canadian Association of University Teachers showed that institutions across Canada increasingly rely on contract academic staff. Their numbers have increased by 100 per cent since 1999, while the number of regular professors has only increased by 14 per cent in the same time period.

“UBC has a great plan on one level but lacks [one] on the fundamental level,” said the lecturer. “What we need is a systematic change in the university culture.”

Dr. Charles Menzies, a professor in the department of anthropology and member of the Gitxaała First Nation, added that the stressful reality of academic life also affects faculty members with tenure who face intense pressure to research and publish.

“The very nature of the job is driven by stress, anxiety and worry. Upping the excellence quotient merely makes it worse,” said Menzies.

“I am impressed that more colleagues do not falter in their health and wellbeing. Some of us end up wearing our stress on our bodies, others lock it away inside. Then there are those who find support in close relations outside or in the workplace.”

But math professor Dr. Mark Mac Lean, who recently announced he will resign as math department undergraduate chair at the end of the year, said demands on professors’ mental health are also exacerbated by the combination of a growing student body and a stagnant faculty.

“[It’s] been a frustration for me because ... it’s not just a theoretical thing for me. I experience the impact it has on the students and on my colleagues,” he said.

“The stress level of the faculty has gone way up in recent years.”

According to the UBC Faculty Association’s website, faculty numbers for both the Vancouver and Okanagan campuses have only increased from about 3,000 to 3,300 instructors since 2006. In that same span, the student population has increased from 45,000 to 56,000 students at UBC Vancouver alone.

Mac Lean said this results in overpopulated classes for instructors and outsized work for administrators who have to sort students into courses and direct them to other resources. The burden factored into Mac Lean’s decision to step down as undergraduate chair.

“Part of why it’s time [to step down] is … carrying that stress and frustration for the institution has an impact on me and my ability to be effective in in my own teaching,” he said.

In response to these concerns, UBC Human Resources’ Health Promotions Coordinator and Co-Chair of Thrive Miranda Massie highlighted the many programs and resources that are available to staff and faculty, including psychological counselling benefits, mental health first aid training and workshops to promote workplace wellbeing.

She also pointed to evidence in UBC’s Workplace Experience Survey that most faculty feel fulfilled by their work and are committed to creating an environment that promotes wellbeing.

“94% of faculty and staff say they understand how they can contribute to a respectful workplace and 91% are committed to contributing to an environment that supports mental health and wellbeing.”

But in that same survey, only 55 per cent of respondents reported “favourable” work/life integration and 48 per cent listed “workload” as a barrier to professional growth.

Menzies said if UBC wants to substantially improve faculty mental health, it will need to not only provide support services and training, but also rethink the system that places so much pressure on instructors in the first place.

“Solving this would involve altering aspects of the work and how we are evaluated. I am not sure there is an appetite for doing any of that,” he said.

“So we are left with feel-good programs that really don’t do anything and very modest improvements in benefits around counselling and related mental health support, a good portion of which are really the benefits of collective bargaining.”

Joey Hansen, the executive director of the Association of Administrative and Professional Staff (AAPS), claimed the university prioritizes mental health initiatives to build its reputation as a quality employer and help it win accolades.

Hansen believes the problem extends to staff and administrators as well. According to him, UBC dismissed 109 staff members and the AAPS filed eight human rights complaints to the BC Human Rights Tribunal during the 2018 calendar year alone.

“The university tends to not give our employees the space and resources needed to overcome these challenges,” he said.“Because of a lack of job security, people are afraid to speak up, stand up for themselves and to say no to unreasonable working hours.”

“UBC is a large organization and is consistently ranked as one of the top employers and workplaces in British Columbia. We’re proud of that record and work hard to maintain it,” wrote Heinrich in an emailed statement to The Ubyssey.

He added that the university is currently in collective bargaining negotiations with the Faculty Association and will enter into talks with the AAPS soon, and mental health support will be a significant talking point in both.

— with files from Charlotte Alden

This article was updated to reflect that Dr. Mark Mac Lean is stepping down as the math department undergraduate chair, not as department chair.