Many students struggled to vote in the Nest on Election Day. What happened? 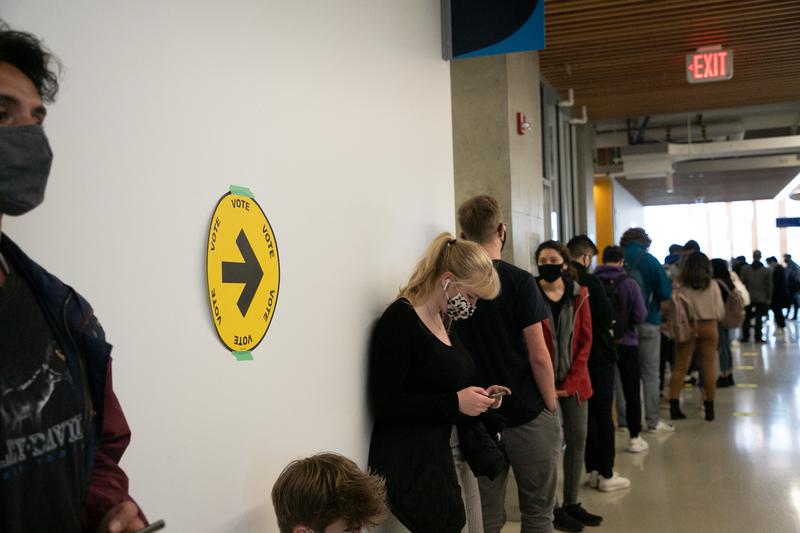 Elections Canada said it will reinstate the Vote on Campus program next election. File Isabella Falsetti

Shachi Rajesh, a fourth-year political science student, didn’t get to vote in the federal election.

Rajesh had planned to vote in her home riding in Calgary. She said she requested her mail-in ballot two weeks ahead of the deadline, but still didn’t receive it in time. When Rajesh went to the Nest’s polling station on Election Day last Monday with her friend, she wasn’t able to vote at all.

“The wait time was about two or three hours,” Rajesh said. “And at that point, we had two meetings coming up; I had one in 15 minutes after the point I reached the Nest, and then we had another one [an] hour after that.”

“There was no possible chance that we could have gone to vote that day because both of those meetings were mandatory work meetings,” she said.

Rajesh called her experience voting this year “widely different” compared to her first time voting in 2019.

Rajesh was just one of many students who wasn’t able to vote, or waited for hours to vote on Election Day on September 20. Much of this was a result of the cancellation of the Vote on Campus program, which for Rajesh, prevented her from voting. The Vote on Campus program launched in 2015 and until this year, allowed students to register for and vote for their home constituencies from their university campuses.

VP External Saad Shoaib said the cancellation of the Vote on Campus program made the AMS concerned going into Election Day.

“One of the key things that we did not only on Election Day, but before Election Day, was making sure that we were communicating to the students via newsletters that they may not be able to vote at the Nest,” Shoaib said.

He said the AMS was disappointed with Elections Canada’s ability to handle the lines at the Nest’s polling station.

Siscilie Wong, a third-year linguistics major, was forced to wait over four hours to vote in the Nest, and said she was “one of the last people to vote” in a message to The Ubyssey.

The extraordinarily long wait times for voting on campus yesterday were deeply disappointing. We must do better to ensure students and the university community have convenient and equitable access to voting.

A statement issued by Elections Canada said the cancellation of the Vote on Campus program was not permanent and was a result of COVID-19.

“The complexity of the Vote on Campus program made it impossible to run given that there were few administrations or student associations on campus that could take part in planning and preparation for much of the 2020-2021 academic year,” Andrea Marantz, regional media advisor, wrote.

“The Vote on Campus program is far more than a matter of opening regular polls on campuses. It requires a great deal of IT support and in effect, means building the equivalent of a returning office on each campus. With all the demands of a pandemic election, these resources were not available.”

Marantz said Elections Canada will reinstate the Vote on Campus program next election.

Shoaib made it clear that the AMS will ensure more is done to help students vote next election.

“We're going to be continuously calling on Elections Canada to reinstate that program and make sure that nothing like this ever happens in the future.”