A UBC prof was driving back from Kelowna with her family. Then the floods and landslides blocked the roads.

The floods in the Lower Mainland over the weekend of fall reading break shut down roads, isolated communities and forced thousands out of their homes. Here is how the floods impacted those in the UBC community.

By Nathan Bawaan  ·  Nov. 25, 2021, 3:02 p.m.
“It was raining hard, and we moved slowly in pitch darkness. There were cars parked under bridges, parking lots, and gas stations where people sought refuge.” Isabella Falsetti

Dr. Nisha Malhotra, an associate professor in the Vancouver School of Economics at UBC, was on her way back from an overnight stay in Kelowna with her family on November 16 amid the rainstorm over the weekend of fall reading break.

“The roads were blocked on the way back, and we were redirected multiple times, but we did not realize how severe the mudslides were until we were near Hope,” she wrote in a statement to The Ubyssey. She also recounted her and her family’s experience on Twitter.

After getting stuck on Highway 1, they turned around for Hope — where the electricity was out.

“It was raining hard, and we moved slowly in pitch darkness. There were cars parked under bridges, parking lots, and gas stations where people sought refuge.”

Malhotra and her family stayed in their car outside a gas station on the first night before moving to a shelter in a nearby church where people were handing out donated food, sheets and blankets. The power returned in the morning, but soon went out again until the evening.

“[V]ery few people had phones with a charge; they told us about evacuation warnings for some regions in Hope. Things seemed to be getting worse.”

On the evening of their second day, Malhotra’s family were invited to dinner at the ex-mayor of Hope’s house with two other families. They stayed there until November 17 when rescue teams successfully cleared Highway 7 for westbound traffic.

“A 6 hours drive through the cleared areas with emergency vehicles & personnel watching over us - we made it to Vancouver.”

Malhotra noted the support her and her family received from the people of Hope. “It was really amazing how helpful the town was and how they stepped up in every way they could.”

Malhotra’s story is one of many — the floods across BC last weekend from the atmospheric river resulted in thousands evacuating their homes. Within the UBC community, 18 students were also stranded in Hope, although they have since all returned to Vancouver, according to President Santa Ono.

There was also flooding around the Metro Vancouver area — including along 16th Avenue and Chancellor Boulevard — which impacted commuter students.

“The flooding has put a bit of stress on me, coming out of midterm season,” said Ash Dennis, a second-year dual science and education student.

Dennis wasn’t able to come to campus because the flooding closed the Highway 99 tunnel into Ladner, shutting down the bus system. She also lost power, meaning she was unable to do classes online.

“I just hope that I pull out of this with not [many] issues, and hopefully pass the courses that I may have been stuck on because of it,” she said.

Rainstorms are getting ‘wetter’ and ‘heavier’

On Thursday, November 25, Environment Canada issued a weather advisory for Metro Vancouver, warning of strong winds and rainfall between 50–80 mm.

“The next storm system has arrived on the B.C. south coast bringing heavy rain. The rain will be heaviest today as the storm moves across the south coast. The heavy rain will ease tonight as the system moves out of the region,” the advisory reads.

The flooding across BC earlier this month was the result of an atmospheric river — a narrow stream of water vapour that travels in the sky. It contains roughly an equivalent amount of water to the average flow of the mouth of the Mississippi River, according to the US’s National Oceanic and Atmospheric Administration.

While atmospheric rivers are a common weather phenomenon, they will likely become more frequent and severe due to the climate crisis.

According to Wolf Read, a research assistant for UBC’s weather forecast research team, warmer temperatures lead to an increase in warm air supporting more water vapour, which turns into rain and drives periods of rainfall.

“One thing that we do have climatologically is that it looks like our Septembers are getting wetter and — more specifically — the September rainstorms are getting heavier,” Read said. “So, I figure some of that’s probably translating into October, November … we are probably getting enough water effects for these big rainstorms.”

At higher elevations, the heavy rainfall will contribute to snow melt, “adding 30–60 mL of rain on top of what fell during that period overnight,” he added. 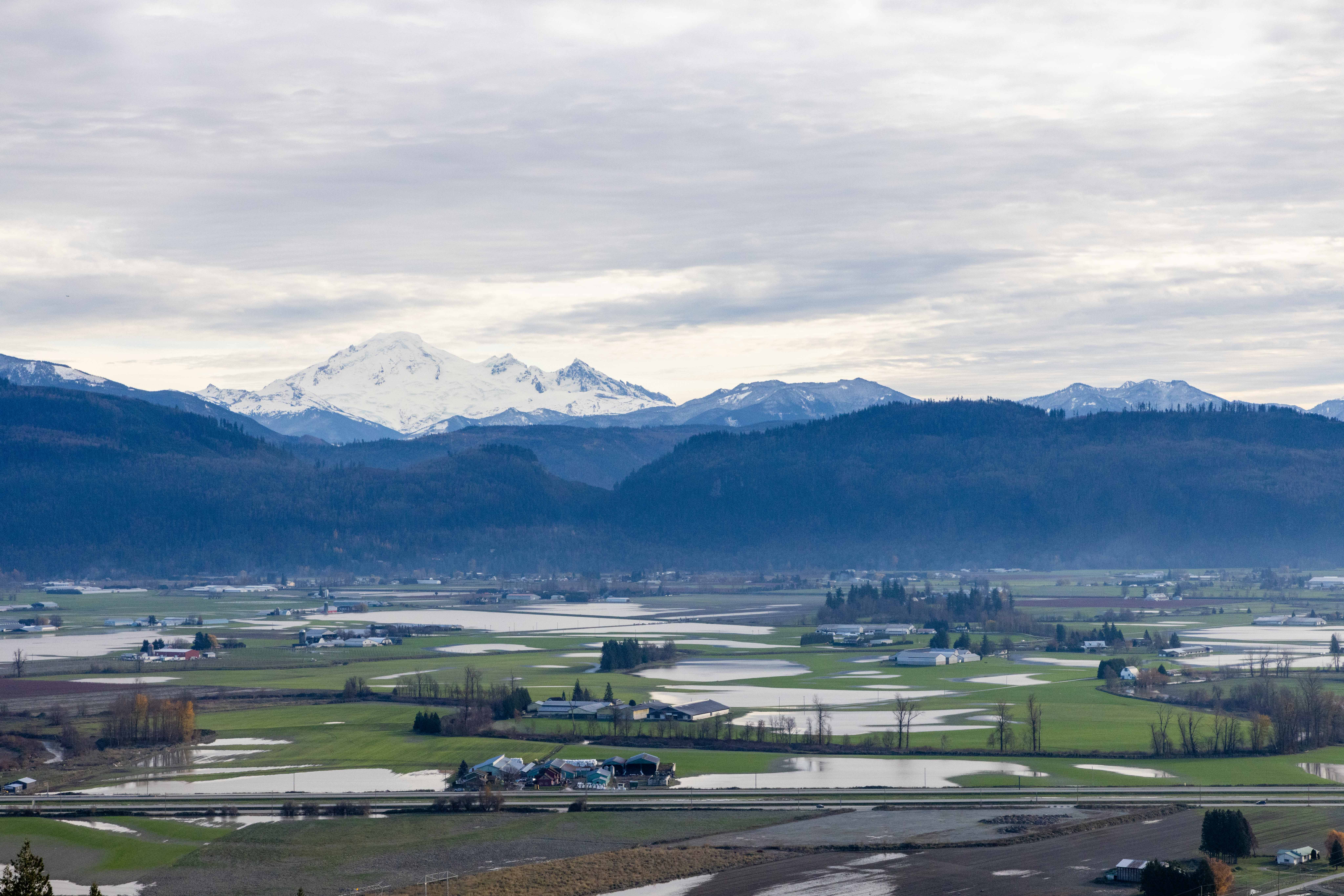 “One thing that we do have climatologically is that it looks like our Septembers are getting wetter and — more specifically — the September rainstorms are getting heavier.”

Read said this year’s rainstorms have reached 250–300 mL of rain — although this isn’t the biggest recorded weather event for the region.

”Oct 16 and 17, 2003,” said Read. “Which was in some basins — Southern Vancouver Island and Lower Mainland Region — truly epic rainfall amounts … they approached 400 mL [of rain] in some cases.”

While Dennis wasn’t aware of any UBC support for people in her situation — the university made “urgent financial support” available to those in need — she said administrators have responded “alright” to the situation.

“The response for others has seemed to be welcoming. The emergency funds are a great help for those that need it,” she said.

Malhotra agreed. “Many at UBC reached out to us throughout the ordeal. And offered to reschedule or make alternate arrangements.”

On November 22, UBC released a statement encouraging managers and supervisors to be flexible in allowing remote work in light of the floods, as well as the province’s recent restriction on fuel purchases. Faculty and staff were encouraged to contact their managers or supervisors with questions.

The university posted a similar message on students’ Canvas pages encouraging them to contact their instructors and advisors to “discuss how you can be supported to complete classes in the final weeks of the Term.”

UBC Vancouver has also partnered with the University of Victoria and other BC universities to provide fall graduates with cap and gowns after the delivery truck containing UBC’s regalia got stuck by the landslides.

In a separate statement from November 18, Lesley Cormack, deputy vice-chancellor and principal at UBC Okanagan, said the university was ready to assist the community “in any way we can.”

“Many on our campus may be facing increased stress or anxiety as we navigate yet another period of uncertainty. It’s now more important than ever to treat everyone in our community with compassion, patience and generosity.”

— with files from Polina Petlitsyna