"... I don’t think you can have a system that is fast and also actually telling students where their fund is going." File Jack Hauen

Student-funded groups are asking the AMS to “repeal and reimagine” a quarterly financial report structure that was introduced earlier this month, citing concerns about limited consultation and added labour.

While the AMS conducted its own quarterly reports last year, the first version that includes financials of student groups is coming on August 18. According to AMS VP Finance Kuol Akuechbeny, the idea of a quarterly report for student-funded groups came up when he took office in May as he tried to understand the necessity of the failed fee restructuring proposal.

“One of the things I realized was that students [would] come in and ask “Why do I pay that fee? Why does my money go here?” said Akuechbeny.

In response, the VP Finance office decided to incorporate information from these organizations’ expenditures in the AMS’s online quarterly reports as a way to increase transparency and accountability. 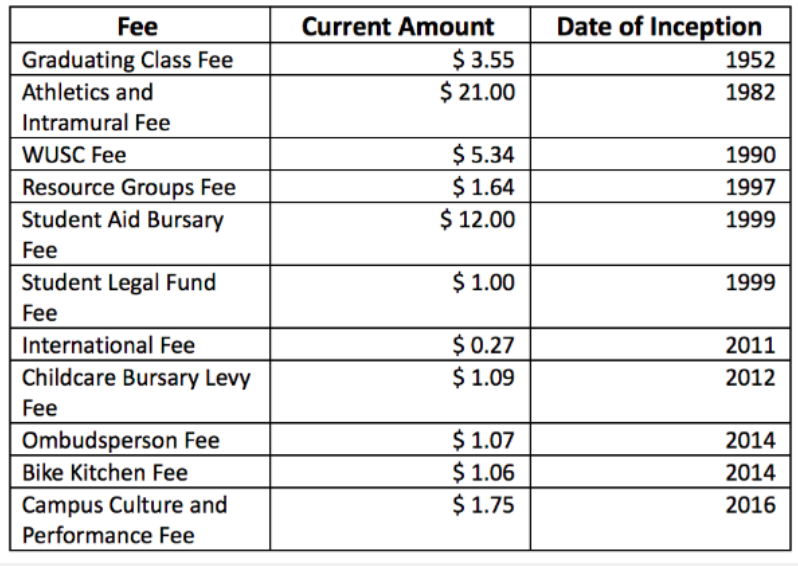 But while student groups support improving transparency, some are concerned about the added labour of preparing those reports and the limited consultation in the policy’s implementation.

These concerns are outlined in an open letter that was published today by AMS club Neurodiverse Pathfinders and members of resource groups, including the Social Justice Centre, Color Connected Against Racism, the Women’s Centre and the Pride Collective.

“We have no issue with students understanding how their fees are spent, and we welcome greater student understanding of our work,” reads the open letter.

“What we do not agree with, however, is the abrupt imposition of quarterly reports whose utility is debatable.”

“... I don’t think you can have a system that is fast and also actually telling students where their funds are going,” said van Wersch, noting that the group could “slap together a haphazard report” in five hours but this wouldn’t give students a full picture of their spendings.

“For the SJC, I can see a comprehensive report taking as long as a full week of work to give a real accounting of what we do and a little explanation of everything.”

He believes that the best way to increase transparency is for the AMS’s finance office to release the line item budget that it already receives from these student groups — given their consent — along with explanation blurbs. He added that AMS staff are paid and typically have access to more resources than the groups.

“I think if you have these lined items there, nobody can say, “Oh we don’t know how money is being spent,” because you see basically every dollars,” said van Wersch.

“If the concern is transparency and accountability, nothing in the template actually guarantees that,” reads the open letter.

“Any questionable spending could easily be hidden within another category, and the categories are broad enough that a student who disagreed with a particular use of money may well not be able to see it in the summary.”

Akuechbeny, however, reiterated that the quarterly report would only take one to two additional hours, as it is only meant to be a “summary.” Students can then direct follow-up questions to the AMS or the specific group if they want.

“The report is not expected to be very detailed, like one item at a time,” he said. “... Students who have questions about the small things can still ask them, [but] all we want is a summary that gives students some sort of an idea.”

He also noted that it’s important for the quarterly reports to come from the groups themselves because they are responsible for how the funds are spent, and that the AMS would be available for support.

“We [also] see this as a good thing for them in terms of professional development and engagement and actually making real decisions on financial areas, and we wouldn’t want to take that away from them,” Akuechbeny said.

Student groups also objected to the quick introduction of the report, which was done with relatively little consultation of the groups that will be preparing it.

Resource group treasurers were first notified of the structure on July 10 and invited to a meeting on July 18, a month before the first report will be due. Van Wersch said the meeting mostly consisted of a presentation of the new structure, and that consultation was only done for “quite minor aspects of the policy.”

“It’s not actually talking about whether there should be these quarterly reports filed by the treasurers,” he said.

He said the consultation should have taken place during the school year and should also be opened up to students, who are the ones paying the fees.

“There absolutely should have been a much longer consultation period,” he said. “And it should have opened with the AMS stating what they want to get out of this but be willing to discuss how it happens.”

Akuechbeny disagreed, while acknowledging that “some groups” had reached out the office with concerns and that the report’s structure would change according to inputs.

“I would say in term of consultation, this is one of the things that I would rank as one of the best,” said Akeuchbeny.

“The quarterly report is three weeks away before submitting and this thing has been known for a month already — so in terms of timing and consultation on time, I would say that this is one of the things that we’ve done well.”

When asked if this structure would require an AMS Council vote, he noted that AMS Code already requires quarterly reports from the Finance Committee, which the society has been following. It doesn’t say whether or not it would require another vote to also include information from student groups. At the same time, the code only requires groups like the resource groups to submit a budget but not specifically a quarterly report.

“There is a difference, but not a big difference because we all receive student fees from the members,” Akuechbeny said.

The letter also criticizes a section of the AMS presentation which indicated that failing to prepare a report will “reflect poorly” on that group and “play a significant role in future decision making surrounding student fee allocations.” 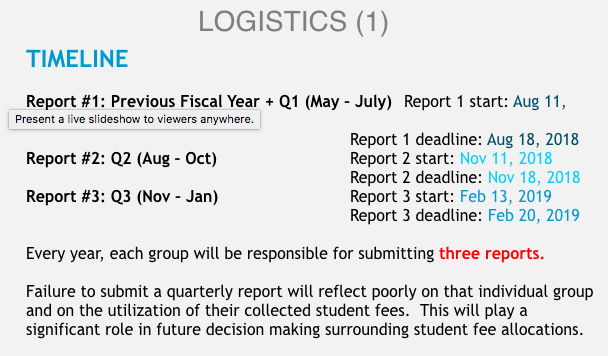 The letter also called this language “misleading,” noting that the AMS does not have control over non-discretionary fees like those charged for some groups.

“When informed of this, members of the AMS financial team clearly indicated they understood this and were not trying to claim that they had any ability to affect this funding,” reads the letter.

Akeuchbeny clarified that the “consequence” would not be any AMS action against the groups but a loss of trust from the campus community.

“The consequence is simple — the membership will not know where that money has gone to,” said Akeuchbeny. “Nobody would want to have that reflected on their organization and there’s no bigger consequence than that.”