'I don't think there is much they can do:' Students voice support of UBC Housing's mask mandate enforcement 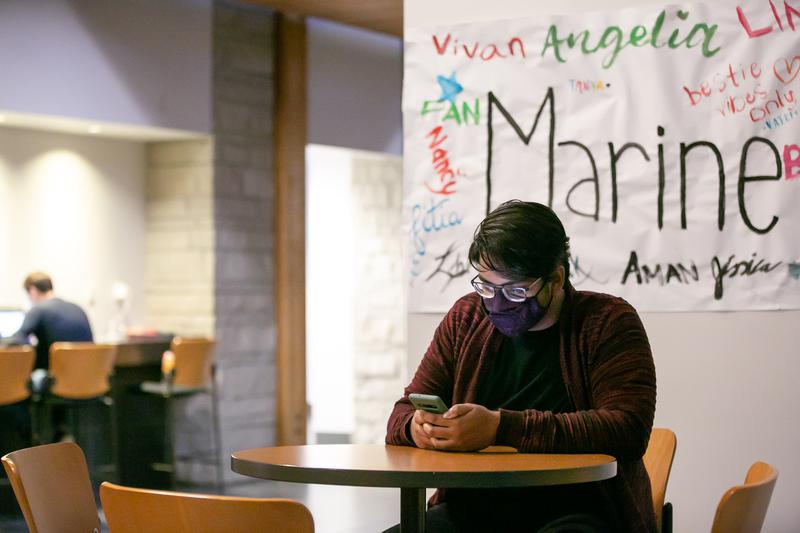 “I don't think there is much they can do to reinforce it more … but they can just do it as an optional thing, and I hope that it doesn’t get to that; it should be a requirement.” Isabella Falsetti

Some students have expressed support for UBC Housing’s passive enforcement of its mask mandate despite the varying degrees of compliance in residence.

Since the BC Public Health Office reinstituted an indoor mask mandate on August 25, Student Housing and Community Services (SHCS) has required residents to use face coverings in shared spaces such as elevators, stairwells and common areas. There are varying degrees of compliance with this mandate, however, with some students complying with the rules on a regular basis, while others wear masks more infrequently.

Andrew Parr, the associate vice-president of SHCS, acknowledged the uneven compliance with the mandate, but said the “vast majority” of students are wearing mask coverings in indoor spaces.

According to the UBC Housing contract, students must abide by the rules stated by SHCS to combat the spread of COVID-19. Failure to comply with these rules may result in a termination of the contract and eviction.

But, residents have noticed Student Housing is not actively tracking this compliance or enforcing repercussions for those not wearing face coverings. “Student Housing is supporting mask rules through educational signage and reminders,” Parr told The Ubyssey.

“Tolerance and kindness is the best approach if a student wishes to confront another student who is not wearing a mask,” Parr added, noting that some residents may be exempt from the mandate.

The AMS has been using a similar enforcement strategy in the Nest since last year.

Many residents feel this method is not influencing people’s decisions to wear — or not wear — masks, however. Some haven’t even encountered many people not wearing a mask.

“From what I've seen, almost everyone uses one,” said William Payne, a second-year psychology student living in Ponderosa Commons.

Conan Hodgkinson, a first-year student living in the Totem Park residence area, has also noticed the vast majority of his floormates wearing masks. However, two floors below in the same building, first-year student Aakaash Senthilkumar has had a completely different experience.

“Rarely do I see them wearing their mask,” Senthilkumar said about his floormates.

Senthilkumar recognises the limitations the university has to ensure masking rules are followed, but believes “they should monitor it more actively.”

“It will be more effective if there is verbal communication every so often to remind us to wear a mask,” he added.

“For the most part, there are certain things they should be breaking up ... that's not just people not wearing their masks or whatever, but like parties and stuff,” he said.

Payne agrees with Hodgkinson, but said he was more concerned that the university might lift the mask mandate in the future.

“I don't think there is much they can do to reinforce it more … but they can just do it as an optional thing, and I hope that it doesn’t get to that; it should be a requirement.”