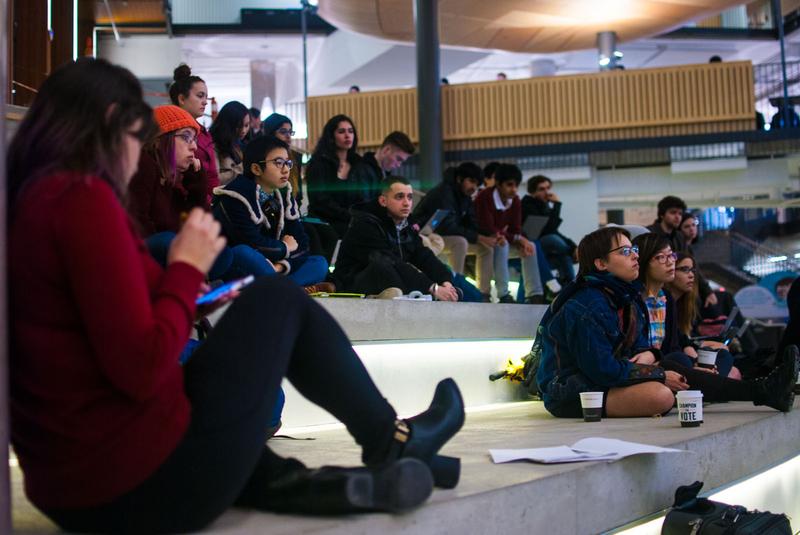 A second protest against the tuition hikes was held by students last week, this time in the form of a teach-in.

“This is an important time to be talking about international tuition increases because the Board of Governors' meeting is coming up soon, but also it’s a good way to have a discussion about the overall trend the university is moving towards,” said Penny Zhang, fourth-year Science student and member of the SJC. “I think there was a lot of great conversations that came out of the teach-in.”

The teach-in was held in the agora area of the Nest. Approximately 30 people attended in total.

“We really didn’t expect this kind of turn out,” said Zhang. She explained that the SJC holds regular anti-tuition increase meetings and although the group assumed those attendees would be present at the teach-in, they did not predict non-members to attend. However, Zhang noted, “They were very receptive. Everyone learned a lot.”

Khonrad Eckert, part-time undergraduate geography student, was one of those who was not part of the SJC, but happened to walk past while the teach-in was taking place and decided to stop by.

“I’m very pleased to see that it is a concern, [that] the student body is cognizant of this,” said Eckert. “I wish it was more of an issue. I wish more people were active about it.”