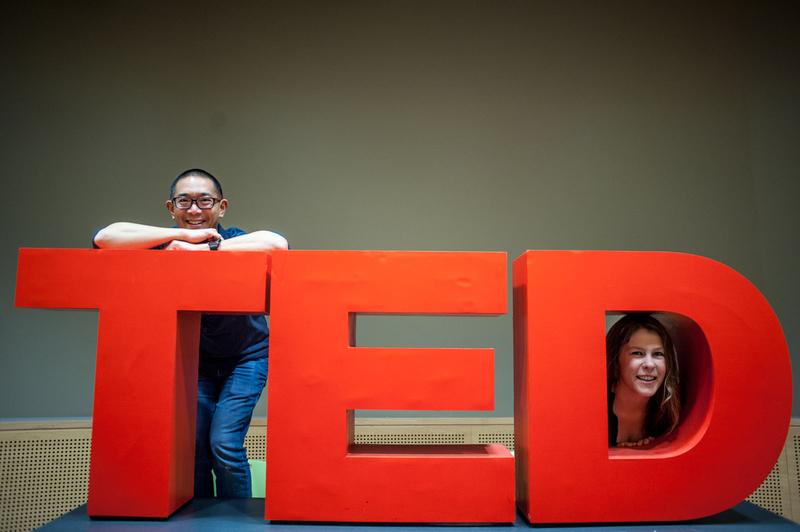 Organizers of the TEDx Terry Talks. The event allows UBC students to give talks to their peers and the wider community on subjects that interest them both personally and academically. Photo Kosta Prodanovic / The Ubyssey

The Terry Project is hosting a TEDx conference at UBC this weekend, bringing together a range of student speakers from across campus to give presentations on topics of their choice.

TEDx events are independently organized, TED-affiliated programs. They “help communities, organizations and individuals to spark conversation and connection through local TED-like experiences,” according to the TED website. In this case, UBC’s Terry Project is taking the initiative in organizing a UBC version of the famous conference.

The nine presenters are accomplished UBC students, predominantly undergraduate, who will be speaking on topics that apply both to their academic interests and personal experiences.

The event will be “a venue for UBC’s most fascinating students to share their ideas and visions with UBC and the world,” explains The Terry Project website.

Held in the Life Sciences Building, the nine talks will bring together multiple disciplines and consequently all sorts of students. The aim is to make sure that no matter who comes out for the day, they will leave feeling entertained and educated.

At only $12 a ticket, the event seeks to inspire and integrate UBC’s “incredible thinkers and doers.”

“TED is such a well-known brand and it’s really a great way for these students to talk about what they’re passionate about,” said Dave Ng, one of the organizers of the event and the emcee.

Now in its eighth year at UBC, the TEDx Terry event certainly attracts a lot of interest — the 375 tickets have completely sold out with students looking online for extras.

“The reach is unbelievable,” said Jennine Punzalan, one of the speakers. “It’s definitely one of those rare events where different students from different walks of life are just all in one room.”

Punzalan’s talk will explore her viewpoint on how campus involvement at UBC is a privilege. Often extracurricular activities need to be prioritized over a part-time job in order to give full commitment. In discussing the socio economic toss-up of university, she has found that many UBC students relate to these dilemmas and she hopes to find even more like-minded students on Saturday.

Interested students pitch an idea, create a film and submit it to The Terry Project’s team who then select an idea based on whether they think it could be cultivated into a talk that will engage and inspire students.

The chosen students are given guidance and consult to help polish their talk and allow it to really resonate with students.

The talks will be widely varied, including topics like the impact of social media on the student psyche and the role that Africa could play in regards to a wealth of business opportunity.

The presenters include UBC students born in various countries with widely differing life experiences. Miguel Rozo, whose talk will be on the human side of war, fled political persecution in Colombia and then sought political asylum in the US all before coming to Canada. He is incredibly excited to share his personal story with the TEDx Terry platform.

Malaika Kapur and Kuzivakwashe Mutonga’s talk will aim to be a convincing discussion on why we should start engaging in Africa’s growth story, based on the experience of their forefathers with the same process.

“[The TEDx Terry Talk] is a great way [for students] to learn about things they probably would not have heard before. I deeply believe in the power of storytelling,” said Kapur in an email to The Ubyssey.

The other talks will be equally as interesting. “There will be something for everyone,” said Ng. “It gives you a chance to step away from your island of knowledge and expertise and check out these other perspectives.”

The TEDx Terry event aims to foster a sense of community not only between its speakers, but among all the students in attendance. “UBC is a big campus,” said Ng. “[But] in that room, you get a really nice, diverse mix of what the UBC community really is.”