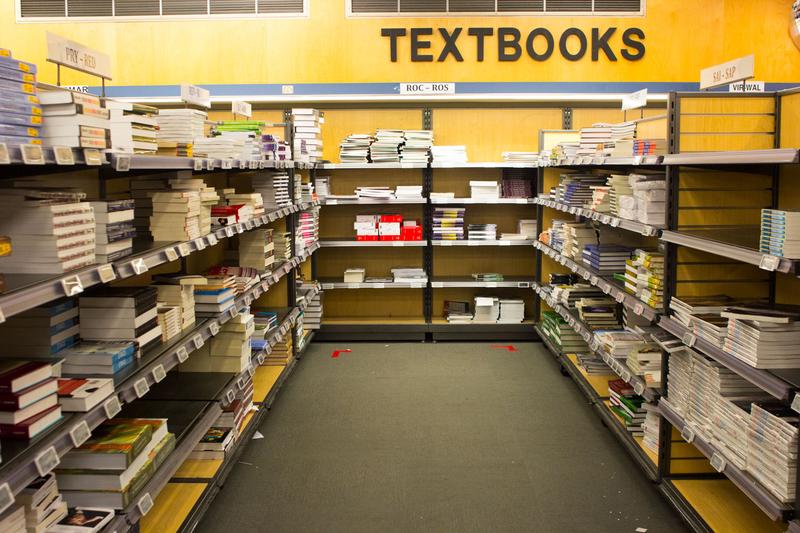 Over $400,000 was spent by the 1,000 UBC students on textbooks surveyed during the first week of this semester, according to the AMS #textbookbrokeBC campaign. Its booth, set up outside UBC Bookstore for the third successive year, invited passing students to record how much they had spent on textbooks for the upcoming semester.

The revamped and refocused campaign effort of 2017 saw the number of students participating rise from 44 in 2016 to over 1,000 this year. A statement from Cristina Ilnitchi, AMS campaign and outreach commissioner, claims that the greatly increased student involvement speaks to the widespread nature of this issue.

“[Textbook pricing] affects almost every student, and this momentum shows that UBC students are ready to mobilize for a long term solution,” said Ilnitchi.

The solution championed by the #TextbookbrokeBC campaign is the usage of open educational resources (OERs). These open access classroom tools can be utilized, redistributed and edited without cost.

AMS president Alan Ehrenholz is hoping that the AMS #textbookbrokeBC campaign will prove successful in facilitating a productive conversation between the student body and professors about the benefits of OERs.

"If students can’t afford the required course materials, who are we saying higher education is reserved for?"

A student in Dr. Jonathan Ichikawa’s PHIL 220 class, where the required course textbook has been substituted for a freely available OER, says that not only has it saved her potentially hundreds of dollars, but that she finds it far more convenient to study from a textbook which is regularly updated and improved by her professor.

Textbook affordability has become increasingly relevant, with prices having risen four times the rate of inflation in the last decade, according to professor Dr. Rajiv Jhangiani of Surrey’s Kwantlen Polytechnic University. In an interview with CTV News, Jhangiani noted that the crux of the provincial #textbookbrokeBC campaign is a social justice issue, and said, “If students can’t afford the required course materials, who are we saying higher education is reserved for?”

Ehrenholz says that the AMS is hoping that continued campus-wide engagement with #textbookbrokeBC will result not only in students saving money, but the establishment of a level playing field in which classmates will be guaranteed access to the same materials and resources regardless of their financial situation.