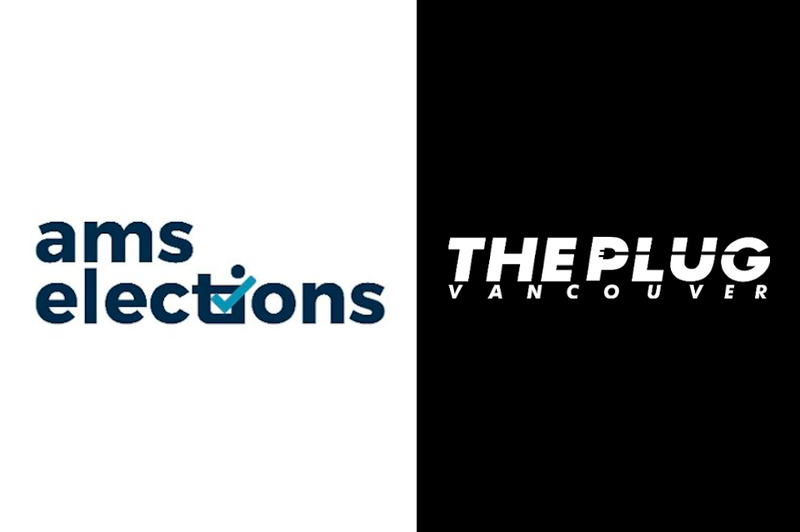 AMS VP External Kalith Nanayakkara is the president of ThePlug and is currently under a conflict of interest investigation at the AMS related to his position at ThePlug. Andrew Ha

ThePlug Vancouver has endorsed six candidates across AMS elections races, yet all but one candidate initially accepted amid confusion over third-party endorsement rules.

AMS VP External Kalith Nanayakkara is the president of ThePlug and is currently under a conflict of interest investigation at the AMS related to his position at ThePlug.

According to section IX, article 2, subsection 15 of AMS code, candidates must reject any endorsements from current AMS executives. However, Nanayakkara’s ties with ThePlug mark a situation that isn’t explicitly covered.

“It is a grey area … because it’s not technically him endorsing, it’s the organization,” said Isabelle Ava-Pointon, AMS chief electoral officer.

Evans tweeted that he was unable to accept the endorsement due to the conflict of interest investigation.

“I must uphold the integrity of the office I currently hold, as much as I appreciate the support from these individuals,” he said in his post. Evans did not provide further comment when contacted.

A representative of ThePlug said in a message to The Ubyssey that Nanayakkara was involved in no endorsements discussions or votes, adding that they hadn’t contacted candidates except the ones who emailed first — something they said was typical among clubs.

“We as a team believe that we have every right to endorse and support candidates publicly. ThePlug is composed of many UBC students who stand by our endorsements and the process that came with it. We respect AMS Elections’ response to avoid any negative impact on candidates running in this election,” ThePlug said.

“That being said, we think [it’s] important for AMS Elections to understand and utilize the influence of campus-based groups like us during student elections, especially considering our ability to engage with a significant number of students on campus.

ThePlug has since removed its endorsements after Ava-Pointon asked it to, and Ava-Pointon instructed all of the candidates to publicly reject the endorsement.

Asked whether the group still endorses the candidates, ThePlug said that “we support” the candidates its team has decided to support. In a message to The Ubyssey sent Monday evening, ThePlug retracted its statement upon request of the elections committee.

Benson and Mehta have since taken down their posts thanking ThePlug, while Yee, Shoaib and Cantiller have explicitly rejected the endorsement.

“I’m thankful to those who have raised the ethical concerns, and have subsequently retracted it,” Yee said about her post thanking ThePlug.

Mehta said she had accepted with the understanding that any ThePlug members in potential conflicts of interest had recused themselves.

“I accepted this endorsement under the notion that [ThePlug] Team wanted to show their support of our campaigns and use their platform to increase student engagement,” she said.

“... It’s not mentioned in the actual endorsement post itself if he was involved or not,” Ava-Pointon said. “The assumption would be that he is, because he is the president of the organization. And if they’re not making that clear, it looks like an endorsement from him, and that’s not acceptable in code.”

Shoaib said in a message that he initially accepted the endorsement because of ThePlug’s role in engaging students during the election.

“To my knowledge, the endorsements were decided through a majority team vote based on candidates that had reached out to the organization. Those with a conflict of interest recused themselves from the process which is what I was told,” he said. Shoaib worked at ThePlug until earlier this year.

Benson also worked at ThePlug for a few months until mid-February.

Cantiller agreed that the situation is a grey area.

“While I thank ThePlugUBC for engaging with student voters in this election, I however, accept AMS Elections’ ruling, and I have publicly rejected ThePlugUBC’s endorsement on my website,” he said in an emailed statement.

Asked whether candidates who accepted the endorsement would be penalized, Ava-Pointon said code is “blurry” in cases like this. She said that in her time working on AMS elections, a case like this was unprecedented.

“Because ThePlug has been in the news a lot, I think this makes it particularly important to deal with right away,” she said.

The elections committee will meet later today to discuss any further action.

“We have to take into account that I didn’t initially bring up any objections at the time but at the same time, they knew that Kalith was the president even though I was not on the up-and-up about that,” Ava-Pointon said.

This article has been updated to note that Shoaib has since rejected the endorsement on his website. This article was further updated to include ThePlug’s retraction of its statement of support for candidates.

The headline was updated to clarify that the five candidates only initially accepted the endorsement. This article was updated to note that Benson worked at ThePlug until February.