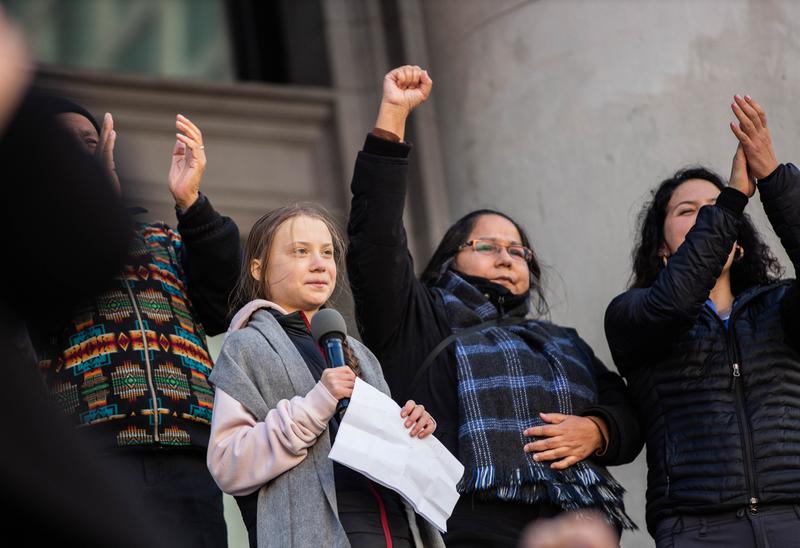 Henry has led BC’s COVID-19 response as BC's top public health official. Throughout 2020, she received international praise for her pandemic planning which brought BC down to single-digit COVID-19 case numbers daily over the summer and kept death counts low throughout the pandemic.

Henry and the provincial government have been criticized recently for their slow response to rising case counts over the last couple months. The province implemented new restrictions on Monday after recovering over 2,500 new COVID-19 cases over the weekend.

Henry worked on the WHO/UNICEF polio eradication program in Pakistan and the WHO’s response to the Ugandan Ebola outbreak. She’s also an associate professor at UBC Vancouver’s School of Population and Public Health.

Eighteen-year-old Thunberg is a climate activist and a Nobel Peace Prize nominee who has spoken to lawmakers worldwide about the urgency of addressing the climate crisis.

Thunberg launched the worldwide Fridays for Future student strike movement. She came to a strike in downtown Vancouver in October 2019.

“I am delighted to bestow honourary degrees to Dr. Henry and Ms. Thunberg, along with all of our remarkable recipients this spring,” said President Santa J. Ono in a release. “Dr. Henry and Ms. Thunberg have served as leading voices in the midst of two of the most significant crises we collectively have ever faced: the global pandemic and climate change. They are truly an inspiration to us all at UBC.”

Other recipients include businesspeople, politicians, writers, academics, Indigenous leaders and a disability advocate.