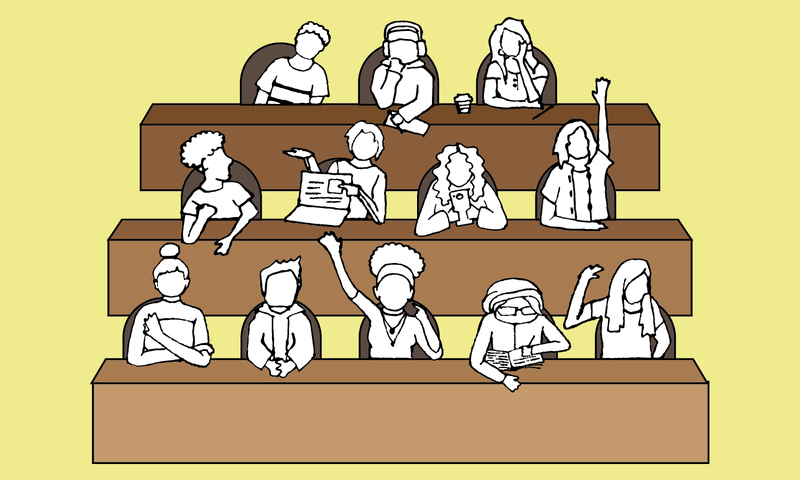 For Shah, who is in India, this means waking up at 1:30 a.m. IST time and attending lectures until 4:30 a.m. File Alex Vanderput

With the transition to online learning methods, many international students who left campus due to the COVID-19 pandemic are faced with large time zone differences between their homes and the PST time zone that UBC schedules courses on.

Manan Shah, a third-year commerce student at the Sauder School of Business, signed up for classes in the summer term, only to learn a few days prior to its start that all students would be expected to attend lectures live on Vancouver time.

For Shah, who is in India, this means waking up at 1:30 a.m. Indian Standard Time and attending lectures until 4:30 a.m.

Shah is only one of many students that encountered this problem. The Sauder undergraduate office sent an email to students registered for summer courses on May 8, three days before the start of classes, informing students of the real-time attendance policy.

“If you are in a different time zone and you are unable to adjust to this schedule, be sure to withdraw by the published deadline,” the email read.

Shah reached out to one of his professors, asking if they would be willing to “pre-record the Collaborative Ultra session and post it so that students in different time zones can do it,” during hours that work for them.

When there was no response, Shah reached out to the Commerce Undergraduate Society (CUS), as the society’s ombudsperson Parth Sehitya had previously posted in a Facebook group for an open call to hear any concerns.

Sehtiya said that he was able to take Shah’s concerns to the assistant dean and director of undergraduate programs at Sauder, which prompted some change.

“Most COMM lectures are now recorded and uploaded,” said Sehtiya, noting that a lot of the decision-making is still in the hands of the course instructor.

“Some of the professors aren’t reweighing the class participation grades but that’s completely at professor’s discretion and Sauder is unable to help any further, given that the [Undergraduate Office] sent a very detailed email about summer 2020 web-oriented course requirements,” he said.

Shah was able to voice his concerns but acknowledges that it was an “extra effort” on his part.

“Not a lot of people are going to do that … they want to, but they don’t know how to do it,” said Shah, adding that the university may want to consider having a representative dedicated to hearing student concerns during times of crisis, like this one.

“It was difficult to get used to online lectures, but more than that, it was… the deadlines that didn’t work for me because I always had to keep up with the time zone difference … I have a difference of about 12 and a half hours. So, I did actually get a lot of extensions, my professors were kind enough to give me those extensions,” she said.

Both she and Shah voiced that they were unsure why summer session courses have been less accommodating to overseas students since they are still facing the same time zone struggles.

“I understand that [summer classes are] optional … but a lot of us don’t really have any other work to do. If everyone’s looking to do a course [they should be] accommodating for all kinds of situations. I really expected that but it just didn’t happen and I don’t know why,” said Ivaturi.

UBC’s Associate Provost Simon Bates acknowledged in a statement to The Ubyssey that it is important to the university to figure out a way to “engage learners in different time zones in synchronous learning activities.”

Bates did not comment on the summer term but said that the brainstorming for how this will look in the fall term — which many faculties have announced will be online — is underway.

“Faculties and course teams are still at an early stage of planning for this aspect of fall instruction, but one of the things we are thinking about is if we can offer sessions (e.g. tutorials, seminars, lectures) that are at times that work for remote learners,” Bates said, adding that schedules for the fall season may look different than the ones students are typically used to.

“This may mean not scheduling a session at 10 a.m., but at 8 p.m. Vancouver time. It’s clearly something that needs to be thought through at the course level,” he said.