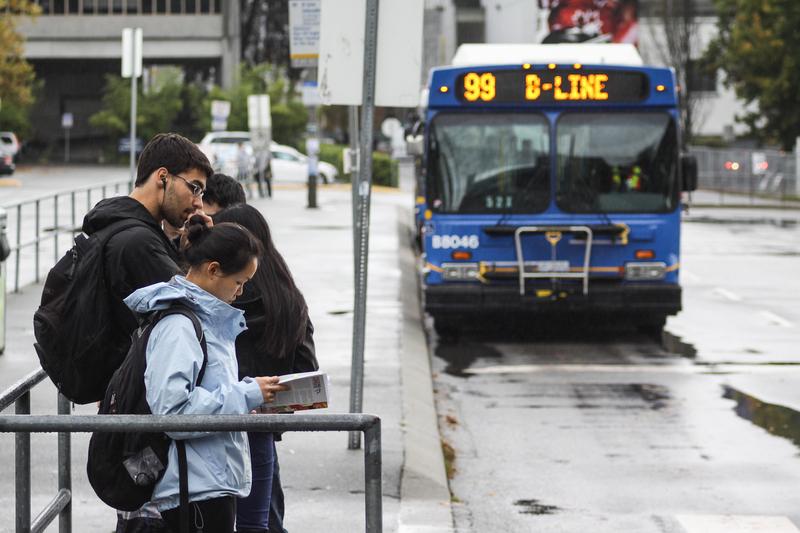 Translink is collecting feedback for Transport 2050, Metro Vancouver’s regional transportation strategy for the next 30 years. They encourage residents to participate in the survey on the Transport 2050 website to help “shape the future of how we move together.”

Five of Vancouver’s 10 busiest bus routes end on campus, so the company is making a particular effort to reach out to students who will be affected by the plan.

“Youth voices are an extremely important part of this process, given they will see many benefits from the transportation strategy we put into place,” wrote Translink in a written statement.

The AMS is one of the major university stakeholders involved in the process.

“The AMS has already begun conversations with Translink over the last year as well as other student unions as to what great consultation with students and young people should look like,” said AMS VP External Christina Ilnitchi.

According to her, 52 per cent of all trips to and from UBC are by bus — and she expects demand for public transit to only grow in the future.

“There is always a strain in capacity, and there is a gap without rapid transportation to … move people efficiently,” said Illnitchi. “That’s something that can really be impacted by a strategic plan like this.”

In her feedback, Illnitchi emphasized not only the affordability, capacity and frequency of existing bus routes, but also the expansion of the congested 41st Avenue corridor and the Skytrain that will come to UBC.

She added that the consultation phase will continue into September and that Translink has given the AMS ample opportunity to be a part of the conversation. Translink will also continue to collect feedback outside the AMS through “various community events aimed at stakeholders and students throughout the summer.”

“Considering what students needs are not just now, but 30 years from now, will students’ needs be met with the advocacy we’re doing?”