‘An accessibility nightmare’: the UBC Accessibility Shuttle has been inactive since September 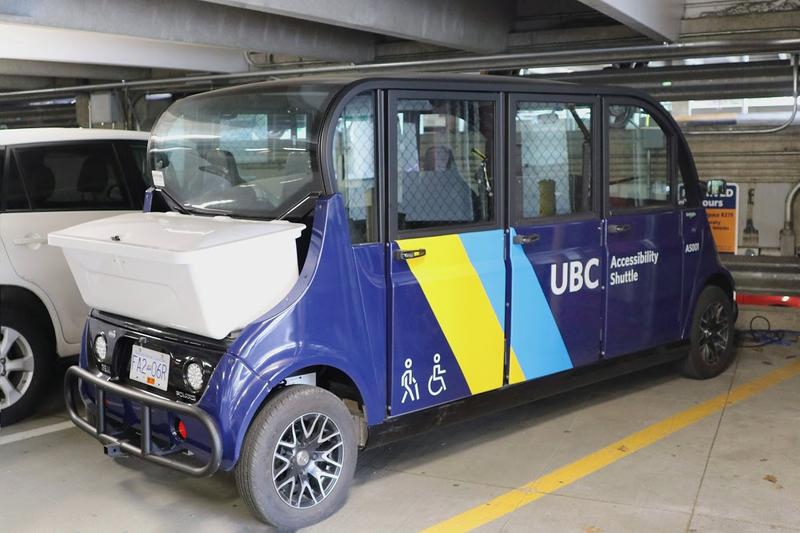 “My advisor is telling me to do things and put a lot of money into this when my medical team has advised against those things." File Zubair Hirji

The UBC Accessibility Shuttle has not been in service since the start of the term, leaving students with disabilities frustrated.

An update to the UBC Centre for Accessibility website in July stated that the shuttle would be operating in the fall. This was not the case, however, as students with disabilities were forced to navigate campus and attend classes without the assistance of the shuttle since September.

On October 7, the website for the Centre for Accessibility changed to say that the shuttle would begin operating again on Wednesday, October 13.

According to first-year linguistics student Olivia Moore, UBC did not inform students with disabilities that the shuttle would not be operating this year, and when they reached out to UBC, they were told to take responsibility for themselves by using public transit or purchasing an electric wheelchair.

“I have been working with the UBC Accessibility Centre very closely over the summer, to ensure that accommodations [for me] would be in place … and there were certain promises made that were the reason why I enrolled in the school — the accessibility shuttle being one of them,” said Moore.

“My advisor is telling me to do things and put a lot of money into this when my medical team has advised against those things, and they’re telling me to put in a ton of money towards something because UBC is not willing to accommodate me.”

According to an email statement from the Director of the Centre for Accessibility Janet Mee, the shuttle had not been operating this fall semester due to complications with repairs, such as delays in obtaining replacement parts due to the pandemic. Additionally, the shuttle had not received enough student staff drivers to operate the vehicle — which has since been fixed.

“In the meantime, students are encouraged to use the UBC Community Shuttle or transit instead. Any students who require further assistance are encouraged to contact the Centre for Accessibility to discuss their needs and potential accommodations,” said Mee.

The inaccessibility of the accessibility shuttle is not the only issue when it comes to accommodations for students with disabilities.

In a recent tweet, UBC math professor Mark Mac Lean shared a photo of the only accessible entrance into the Math building, which appeared to have been removed. “Surely we can do better than this when it comes to accessibility for disabled persons on campus,” his tweet read.

Another one of these issues is UBC’s fire escape plan for student residents with disabilities, which Moore also expressed concern towards.

“If there's a fire in the building, the plan is for me to stay put in my room, and the firefighters are given a list of handicap students in the building and say, ‘Okay, go get them,’” said Moore. “So that's not super comforting because the elevators are shut off, even if it's a drill.”

Moore added that she wasn’t told that this was the emergency procedure prior to moving into residence.

Even the doors to the handicap room pose a problem for mobility. The heavy doors make it difficult for people who use wheelchairs to access the room as it risks damaging the chair and injuring the person, according to Moore.

“UBC is advertising itself as very progressive and very accessible — and the best school in the country — but once you're actually here, it is an accessibility nightmare,” Moore said.

“My future is not reliant on my ability to move, but on my mind. If I cannot foster my mind and my education then I have nothing … so I need to be able to get this education and make the most of it.”