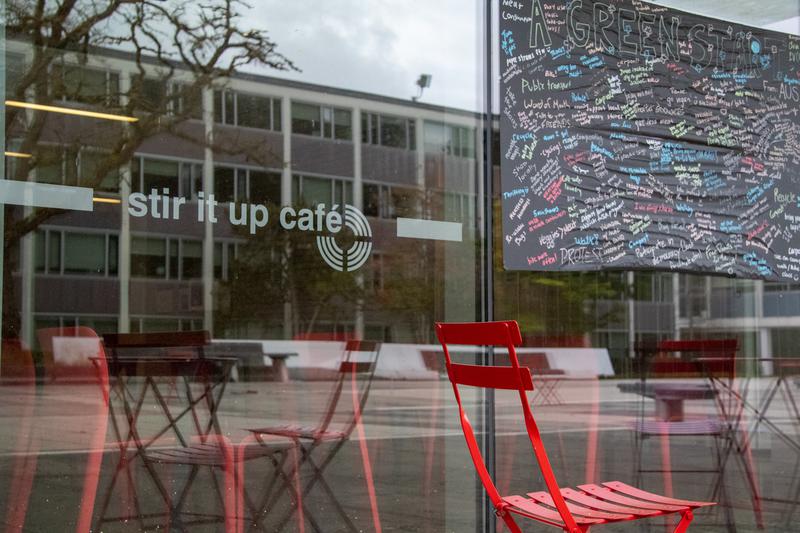 To prevent the spread of COVID-19, UBC Food Services closed nearly all of its retail food outlets on March 14. Emma Livingstone

UBC food outlets have felt the effects of COVID-19 as the pandemic creates new challenges for the food service industry.

To prevent the spread of COVID-19, UBC Food Services closed nearly all of its retail food outlets on March 14, with the exceptions of first-year residence dining halls and Harvest Market. The AMS also closed all its food outlets when it announced the closure of the Nest on March 17.

At UBC Food Services, these closures have resulted in no more work being available for some employees.

On March 19, the Canadian Union of Public Employees (CUPE) Local 116 — the union representing food service workers on campus — released a bulletin saying the lack of work was in violation of its collective agreement.

“We were not given any notice of these actions. It is the Union’s position that these lay-offs violate the Collective Agreement.”

But on April 8, CUPE 116 released another bulletin explaining that discussions with the university and provincial government had resulted in compensation continuity until the end of April for staff “whose work would not have been otherwise affected but for the COVID-19 response.”

UBC has chalked the incident up to a miscommunication due to the fast-paced operational response to COVID-19 in mid-March.

“Unfortunately there was some confusion in those early days that left some employees under the impression they had been laid off when in fact there was simply no work available due to unit closures,” said UBC Media Relations Director of University Affairs Matthew Ramsey in a written statement to The Ubyssey.

“No employee (including those with Food Services) was laid off by the university and UBC, in keeping with direction from the provincial government, is maintaining wage continuity,” he said.

A March 23 memo from VP Human Resources Marcia Buchholz to the UBC Executive and Deans at Vancouver and Okanagan confirmed that the BC Public Sector Employers’ Council Secretariat (PSEC) provided direction to the university in regards to compensation and employment.

“For the immediate term of March and April, all public sector employers will maintain compensation and employment continuity for employees,” reads the memo.

“Unless previously planned as part of normal operations, or unless it is clear that the situation cannot be mitigated, employee layoffs are to be avoided during this period.”

Both Bucholz and CUPE 116 wrote that further updates will be provided by the provincial government. The PSEC confirmed that an update would be provided towards the end of April. Union representatives did not respond to requests for comment by press time.

With current first-year residents moving out on April 30 and programs such as the Vancouver Summer Program taking place in residences cancelled, dining halls in Place Vanier and Totem Park are set to close on April 30, and Orchard Commons' Open Kitchen will close on May 8.

But other campus eateries will re-open for take-out only including The Point, the Tim Hortons in Forestry and Mercante.

UBC Food Services is not the only on-campus food provider that has discontinued work for its staff in response to the pandemic.

The AMS gave its food service shift workers the choice of being laid off in order to collect employment insurance (EI) or being unpaid when the society decided to close the Nest and all the society-run food outlets inside on March 17.

“Staff who do not have work they can conduct at home may elect to be laid off in order to collect [EI] or, if applicable, can choose to be unpaid,” reads a submission to Council on March 25 outlining the AMS’s response to COVID-19.

“All shift working staff will continue to be paid as per their schedule regardless if they are conducted [sic] work or not.”

According to Chris Hakim, AMS president at the time of these changes, about 151 staff from both AMS Food & Beverage and Nest Conferences & Catering elected to be laid off and 148 were working on various projects outside of hourly shift work.

He added that the AMS is also continuing to provide health coverage.

“We usually only cover about 50 per cent of your cost as part of our health benefits for hourly workers. But in this instance we elected to cover 100 per cent of the cost as well to continue supporting our important staff members,” said Hakim.

The AMS said it intends to rehire workers who were temporarily laid off as soon as it can. According to Hakim, the society is also exploring the possibilities of re-opening some outlets for take-out or delivery in June, but discussions are still in the preliminary stages.