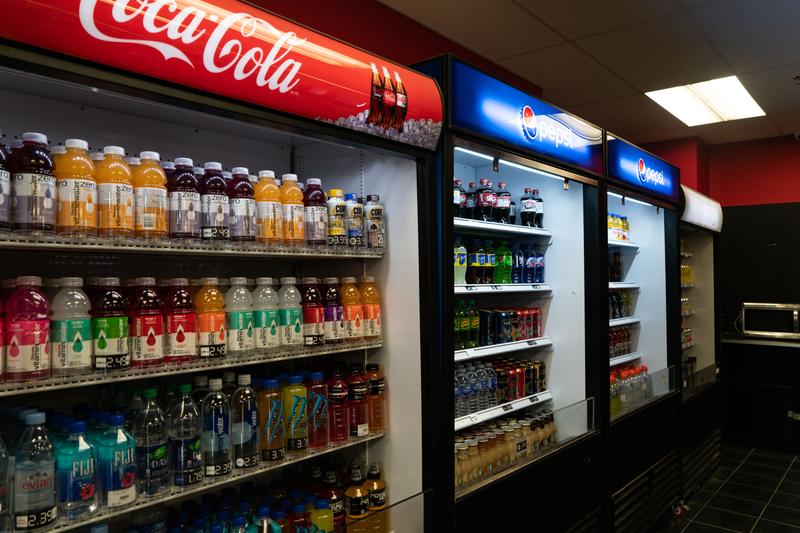 This fall, UBC and the AMS are unveiling a campaign to promote healthy beverage consumption and limit sweetened drinks on campus — but this does not mean a ban on sugar.

The Healthy Beverage Initiative (HBI) aims to gradually steer the UBC community away from sugary beverages like soda through health education and operational changes with the support of UBC and UBC Okanagan Food Services, Athletics and Recreation and the AMS.

Inspired by a similar initiative at the University of California San Francisco, UBC — an early adopter of the Okanagan Charter that seeks to “embed health into all aspects of campus” — began exploring the HBI in November 2016 through a food and nutrition working group. The group is chaired by Melissa Baker, manager of nutrition and wellbeing at UBC Student Housing and Hospitality, and Director of UBC Wellbeing Matt Dolf.

UBC executives approved the group’s HBI proposal in April 2018, according to Baker.

“The overall goal is to make UBC a healthier place,” she said. “This is the most impactful initiative that we can work on so far but it’s [part of] an overall goal.”

Besides educating the community about the health impacts of beverage choices, the initiative will also promote the consumption of less sugary beverages. In particular, tap water is going to be made more accessible, with more water fixtures and signages.

“Our position on bottled water is [that it’s] a necessary evil,” said Colin Moore, director of UBC Food Services.

“The number one thing we want people to know is [to] drink tap water — it’s safe … Failing that decision and if you have to buy a bottled beverage, we would encourage you to buy bottled water.”

At the same time, sugary beverages’ placement and advertisements will be changed to make them less prominent.

For example, the AMS will move away from having the “really obvious” advertisement for Red Bull in the Nest and toward promotion for water, plain milk, tea and coffee. The society will also explore the placement of sugary beverages away from eye-level in vending machines.

“This is a very gradual change — it’s one where we’re listening to students about what they want and it’s important that we’re offering the choices that students want from our outlets.”

Similarly, UBC will be looking into how to best implement this change by comparing a small number of locations with no sale of sugary beverages against similar locations that do. The university is also doing a research project, led by Professor Guy Faulkner from the school of kinesiology, to see how students are responding to HBI.

But as stressed by both UBC and the AMS, this does not mean a ban on sugary beverages.

“This is not about banning anything from students,” Moore said. “I think students are smarter than that — I don’t think they want to hear that message.”

When asked how UBC Food Services would reconcile HBI with their modified exclusive contract with Coca Cola — where the university can only buy from other providers if Coca Cola doesn’t sell an equivalent product — Moore said the company is actively supporting the initiative.

“We’re going to be working as partners with them on the HBI actions,” he said. “It’s not about not working with vendors — we’re working with them and the community to do the right research.”

“It’s been really inspirational to see the first university ever, at least in Canada, to work with a cold beverage provider to see how we can offer healthier beverages in more prominent places,” Baker added.

“I’m hoping that other universities in Canada will see this and work with their providers to do this.”

For the AMS, Holmes noted that the society will also be working to keep their business operations “healthy and sustainable” while carrying out HBI as they give back to the AMS’s services and operations.

“Making sure that those businesses are healthy and sustainable is always important because our priority is we can serve our membership,” he said.

This article has been updated to clarify the structure of the food and nutrition working group.