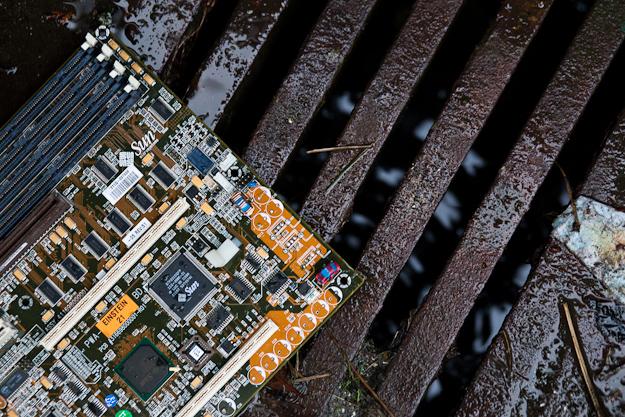 Bates emphasized that this partnership is very much “opt-in” for students and faculty who want to get involved with the CIC. File Josh Curran

On July 10 during Amazon’s IMAGINE education conference in Seattle, Amazon Web Services (AWS) announced their collaboration with UBC on the Cloud Innovation Centre (CIC). But with the announcement also came pushback from members of the UBC community who voiced concerns about the company's track record.

The CIC is meant to serve as a hub for “digital transformation challenges” that will address community-based problems or opportunities through the utilization of AWS’s cloud-based expertise and technology. But what exactly does that mean?

According to Dr. Simon Bates, UBC’s associate provost teaching and learning who attended the IMAGINE conference, CICs use “Amazon’s innovation methodology to tackle what they call challenges.”

“Essentially anything that Amazon has an AWS web server for has the potential or the possibility to be to be utilized, in procedure, trying to solve these challenges,” he said.

These challenges would be led by student teams and focus on tackling issues under the theme of community health and wellbeing. UBC’s CIC, which will officially launch in early 2020, is one of eight CICs worldwide as well as the first CIC in Canada. Other CICs include the California Polytechnic University Digital Transformation Hub in the United States, Munich University of Applied Sciences (MUAS) Digital Transformation Lab in Germany and the Sciences Po Public Innovation Lab in France.

Bates cited the California Polytechnic State University’s CIC as an example of what a challenge might look like.

“A group of students developed a device that will improve the way ranchers track livestock on remote branches. ... It uses very little power, it can communicate without the need for cellular connectivity — which in remote locations is pretty important — and it can be worn [around an animal’s neck] for a year without maintenance,” he said.

“Now, I don’t think we're going to be doing any cow tracking at UBC, but it’s a nice example because it actually results in something that is tangible and useful by people.”

Turbulence in the cloud

But some students and faculty members have voiced concerns over the partnership in regards to Amazon’s access to UBC’s health data and the lack of consultation within the community.

“Considering everything that we know about Amazon, the obscene amount of wealth it generates for Jeff Bezos, how much public funding it receives, how little it pays in taxes, the awful working conditions and job security of warehouse staff, selling visual recognition software to police that discriminates against people of colour, its existing partnerships with ICE ... it’s pretty clear to us that this company absolutely does not deserve a home on our campus,” said Turcotte-Summers.

“We would love to see a lively, substantial debate on this issue that includes students and faculty and staff.”

But there won’t be any future opportunity for consultation about the partnership. According to Bates, the decision to partner with Amazon has already been finalized.

“... One of the things we had to do when we were in discussions with Amazon is do this in confidence,” he explained, “so we couldn't have a sort of broad consultation for that.”

Instead, community members’ input would be for the how the CIC is run. Bates emphasized that this partnership is very much “opt-in” for students and faculty who want to get involved with the CIC.

He added that UBC had measures in place to prevent any potential misuse of health data, citing UBC’s data governance program.

“We understand the ethical considerations, and how it needs to be anonymized and things that, we have the physical constraints that means that we cannot store personally identifiable information on servers outside of Canada,” he said. “And again, that’s something we’re very familiar with, using AWS technologies for things like Canvas.”

“In my experience, I’ve seen students do fantastic things. And if you can do that with this CIC, I think it will be amazing.”