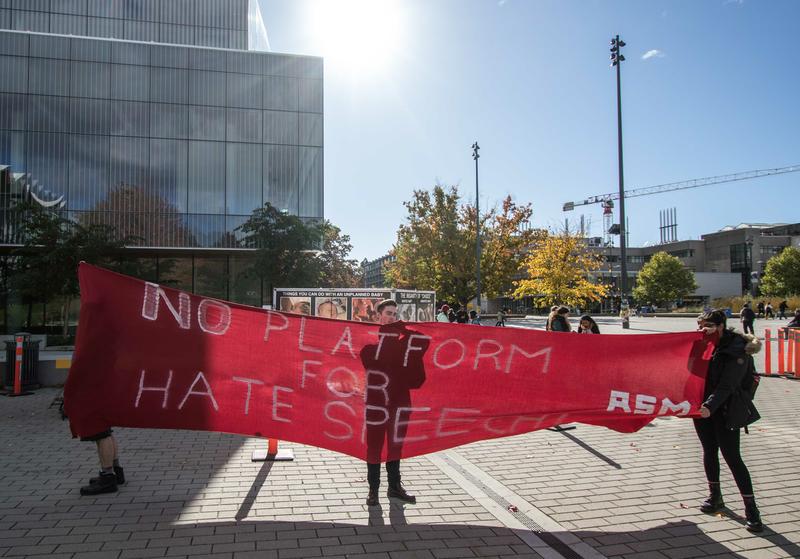 Campus anti-abortion club UBC Lifeline set up its annual protest in front of the Nest Tuesday morning. They were quickly met by a much larger group of counter-protesters.

About four Lifeline members were countered by more than a dozen pro-choice demonstrators who chanted, carried signs and voiced messages of support to those affected by the display. The AMS Sexual Assault Support Centre and Speakeasy set up a booth nearby where they handed out bags of candy and provided on-the-spot support to students.

Lifeline executive Irene De Souza said the group wasn’t there to argue, but did have the end goal of changing minds.

“We’re ... just basically asking the question of whether all humans get human rights,” she said. 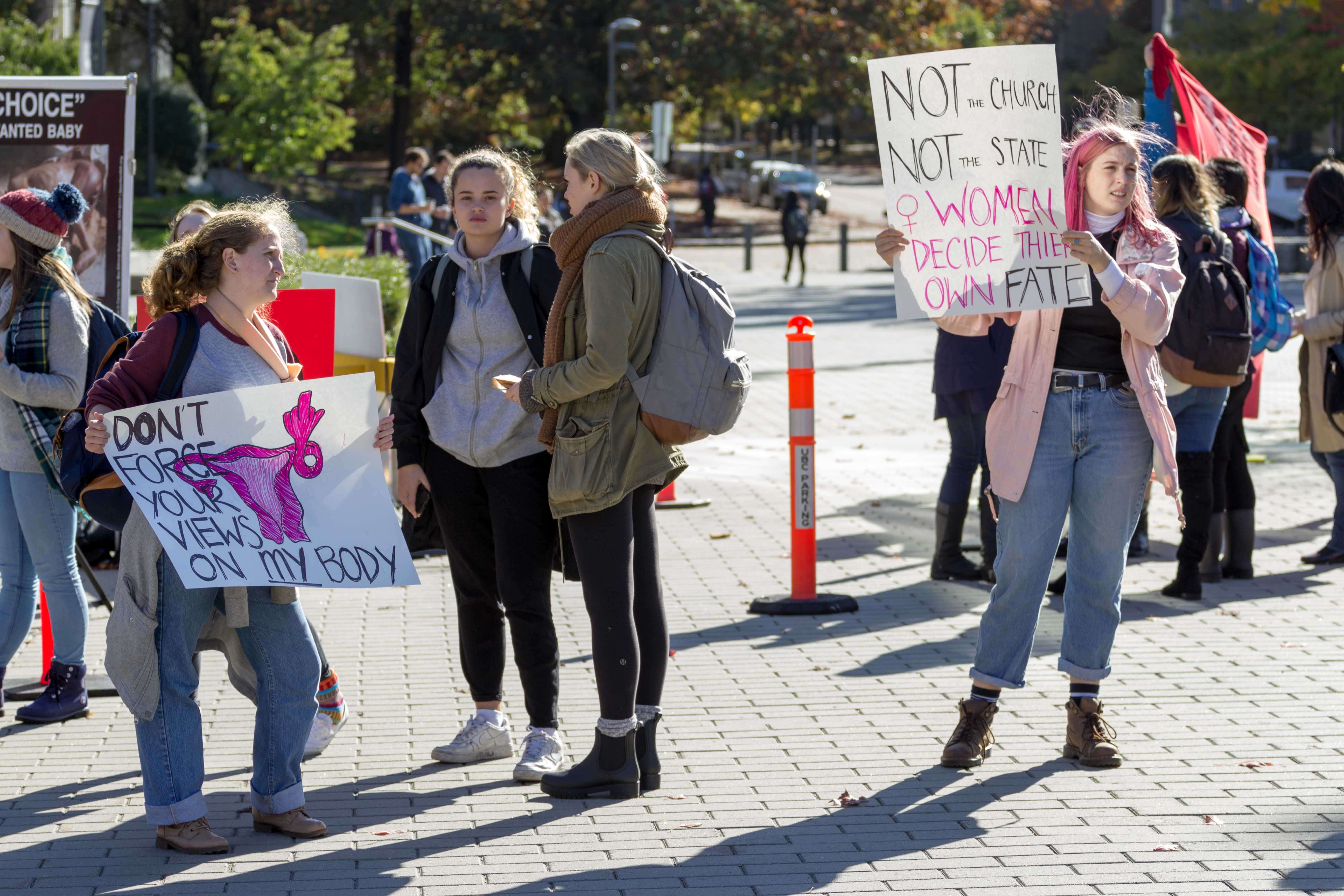 Counter-protesters say Lifeline’s viewpoint is overshadowed by the group's use of graphic imagery.

Fourth-year land and food systems student Sophie Draper was among the first to set up in opposition to the display. She said she saw the demonstration and quickly put together a “my body my choice” sign. 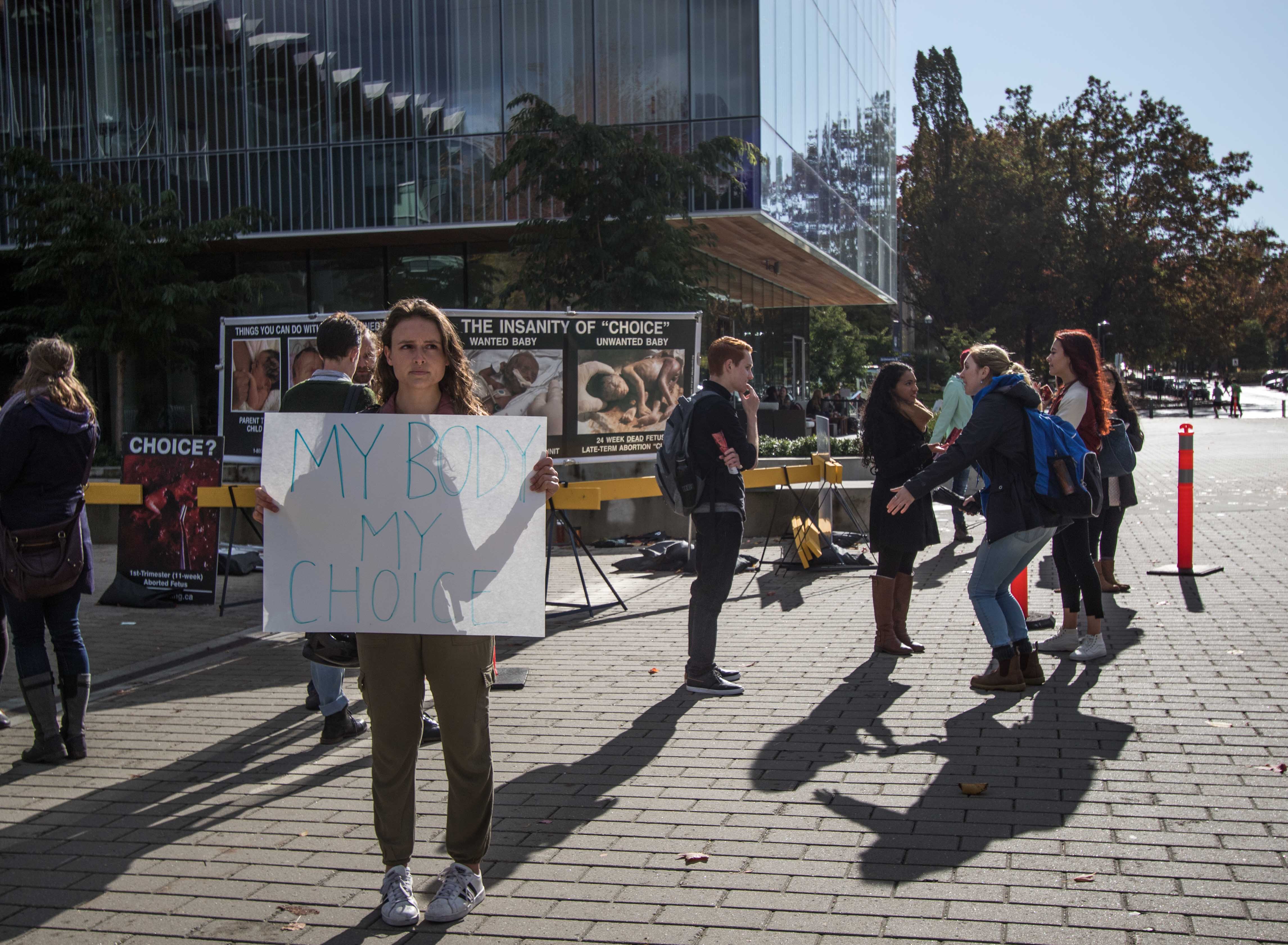 “I see this going on every year and I just think it’s a really insensitive way to have this debate,” said Draper. “I’m all for free speech, but to portray images like this outside our student union building is just insensitive to the women who have to walk by this area on campus, and extremely triggering for a lot of people.”

“Fuck you. I don’t want to fucking see this shit on my way to class. Fuck. You!”

Following last year's example, Lifeline’s demonstration again did not include any references to the Holocaust or genocide, as it has in previous years. De Souza said she believes the analogy still holds, but it was distracting from the issue of abortion.

The display still contains graphic images of aborted fetuses, which De Souza said was an important part of Lifeline’s activism.

“No successful social reform movement has been successful by hiding the injustice,” she said, citing Emmett Till and Rosa Parks as inspirations. 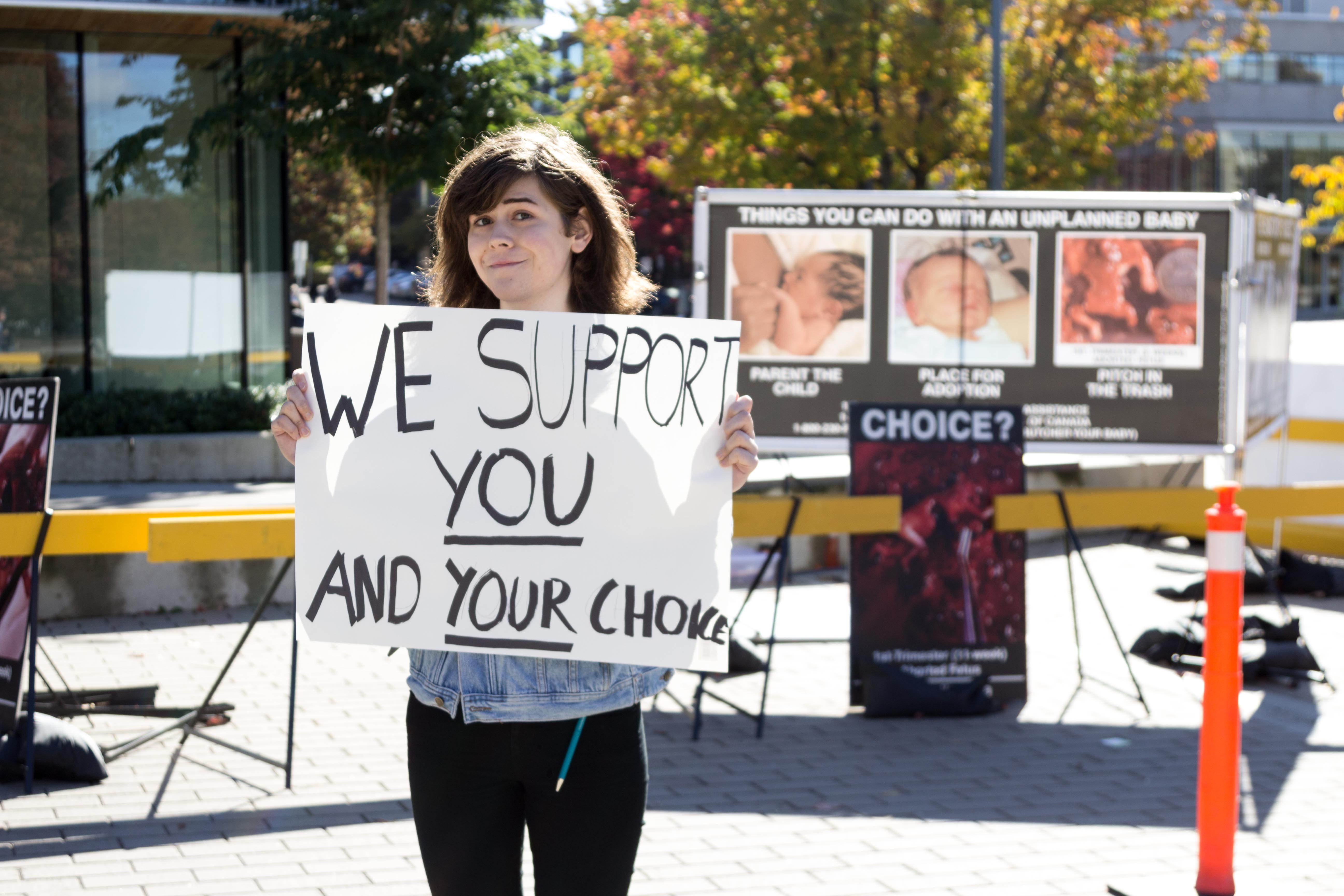 “It’s disrespectful to women who have had abortions, and who have been raped and anything like that,” said UBC student Petal Vitis. “They should be ashamed of themselves.”

“If they want more success of keeping the child, they should be more focused on funding housing for underprivileged women, or medicine, food and education — more than just saying, ‘You don’t have the right to get rid of it because it’s alive,’” said student Mackenzie Boates.

Though most counter-protesters said they believed Lifeline had a right to their display, a group who appeared to be part of the Revolutionary Student Movement held up a large banner with the words “NO PLATFORM FOR HATE SPEECH!” in an apparent attempt to block the graphic images.

UBC student Dacyn Holinda, who was holding the banner, said he doesn’t believe Lifeline should have a right to demonstrate on campus.

“Most students probably agree that they don’t want these images on campus. We’re considering them hateful based on the fact that they’re contributing to violence against women, and they also shame women,” he said. “And the inaction of UBC and the AMS, despite whatever statements they release, I don’t think is enough.” 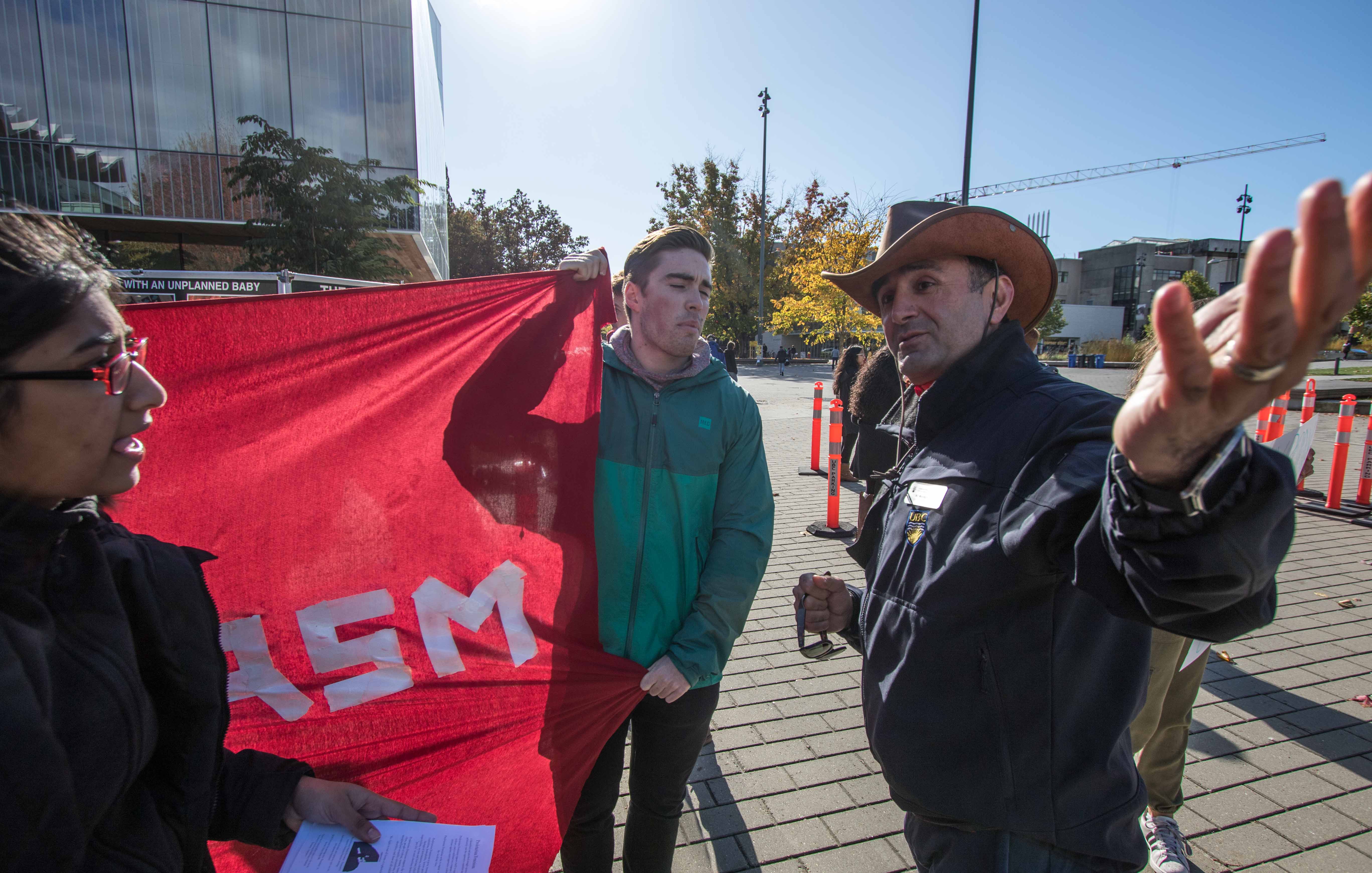 A Campus Security officer asked students holding the banner to move into the designated counter-protesting space — a spot surrounded by pylons a few metres away from Lifeline’s display — instead of directly in front of the demonstration, which they refused to do.

De Souza said UBC and Campus Security have been helpful and supportive of their right to demonstrate.

“UBC is a really nice campus [for] promoting discussion, which I really love,” she said. “I think that's really important for university campuses.”

De Souza said the display will also be up Wednesday and Thursday. Counter-protests are planned for both days.