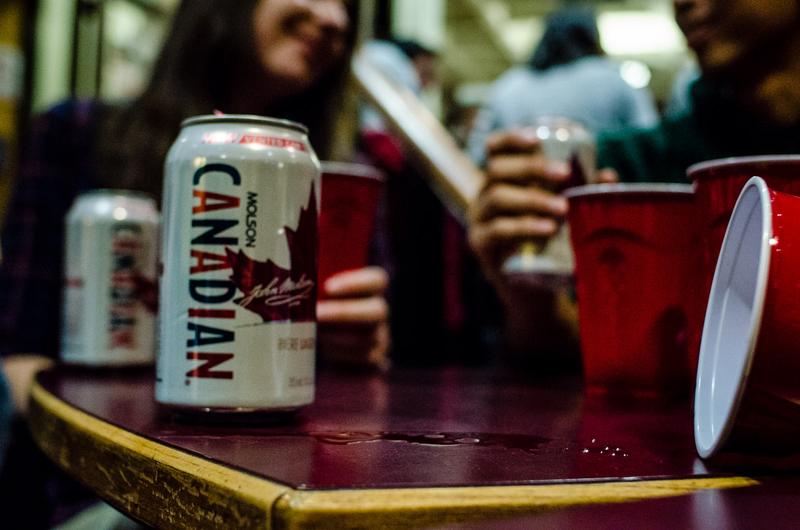 The Rugby Centre is currently used to host special events, but has needed temporary licenses in order to serve alcohol. photo Steven Durfee / The Ubyssey

UBC is currently in the process of applying for a liquor-primary license for the Gerald McGavin Rugby Centre, meaning the facility would be able to serve alcohol from 9 a.m. to 4 a.m.

The Rugby Centre is currently used to host special events, but has needed temporary licenses in order to serve alcohol. By acquiring a permanent liquor-primary licence, the administrators hope to make the building easier to use as an accessible and convenient location for hosting social functions.

According to Kavie Toor, director of facilities and business development for UBC Athletics, the centre will primarily be used for sporting receptions, but any group will be able to rent out the space so long as they pay a rental fee and get approval first.

“We wanted to provide a venue that could easily host those events and functions so hence the rationale of having a permanent liquor licence,” said Toor.

The area will be open six days a week from 11 a.m. to 1 a.m the following day — a schedule that Toor says will give the Rugby Centre great flexibility over the types of events they can host.

“Let’s say it’s Rugby World Cup and the game times are odd. We may want to host an event that ends late or starts early,” said Toor. “That’s why we’ve got a lot of flexibility on the timing of it.”

The type of liquor licence that an establishment can get depends on the structure of the business selling the alcohol. Since the primary purpose of the bar in the Gerald McGavin Rugby Centre is to sell liquor rather than food, they are applying for a liquor-primary license with an event-driven focus.

To acquire this licence, the owner of a business must submit an application to the BC Liquor Control and Licensing Branch (LCLB) where the staff will deem whether or not the business should be permitted to serve alcohol. After the business gets approval, the owner must also submit its proposed floor plans, then undergo an establishment inspection and applicant interview by a local liquor inspector. Finally, the local government must also approve the application.

If the McGavin Rugby Centre is approved by the LCLD, Toor says that “they will then award the license to the university in likely about a three month process.”