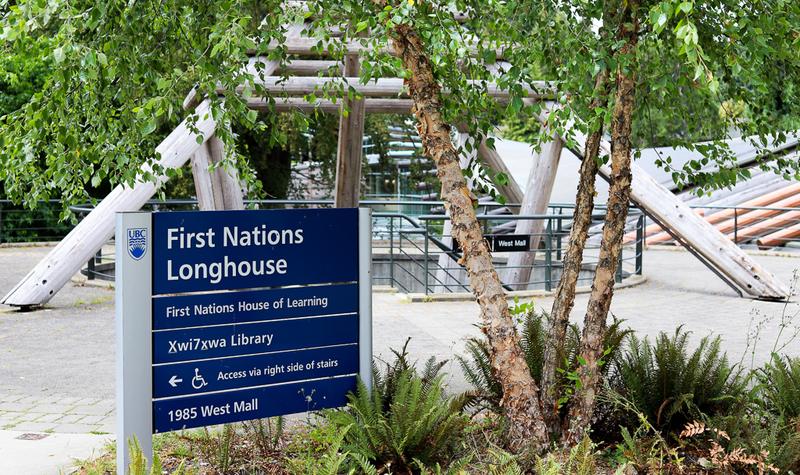 “UBC and the Indigenous communities on campus and beyond will be really well served by [Lightfoot and Moss].” Alex Nguyen

After a five-month search, UBC has appointed one familiar face and one newcomer to top positions in Indigenous affairs, both of whom were drawn to UBC for its longstanding and ongoing efforts to improve Indigenous representation.

Announced on July 24, Dr. Sheryl Lightfoot, a UBC associate professor of political science and First Nations and Indigenous Studies from the Lake Superior Ojibwe Band, is the senior advisor to the president on Indigenous affairs. Having begun her five-year term on August 1, she now guides the strategic plan in relation to Indigenous affairs on both campuses.

Dr. Margaret Moss, who has membership in the Mandan, Hidatsa, and Arikara Nations and equal lineage as Canadian Sioux, is an associate professor in the University of Buffalo’s school of nursing and the university’s assistant dean for diversity & inclusion. She will take over as the First Nations House of Learning’s (FNHL) director on November 1, which serves to advance policies and programs that improve Indigenous students and scholars’ university experience.

In the meantime, the FNHL will be overseen academically by Dr. Eric Eich, vice-provost and associate VP academic affairs, and operationally by FNHL Associate Director Debra Martel.

“I’m really pleased that we got two extremely talented individuals who will take up these two roles,” said UBC Provost and VP Academic Andrew Szeri, who was the chair of the search committee.

While these two roles used to be a joint position held by Dr. Linc Kesler who recently stepped down, it was separated to accommodate expanding Indigenous initiatives on campus.

“The efforts of the university in the area of Indigenous affairs have expanded so much in recent years, it has become a very big job for one person,” said Szeri, referencing the new Indigenous Strategic Plan, the April 9 opening of the Indian Residential School History and Dialogue Centre and general support related to the increase in UBC student, staff and faculty population.

“We expect that to continue in the future.”

“A really excellent time and a fit”

“I think normally I wouldn’t take on an administrative role at this point in my career,” said Lightfoot, who is Canada Research Chair in Global Indigenous Rights and Politics.

Lightfoot attributed her reason for taking on the role to UBC’s early focus on Indigenous issues and commended the university’s decision to divide the position, which will allow her to continue her scholarship at the same time.

“The fact that a university has an Aboriginal Strategic Plan in [2009], it was beyond what I could even comprehend in terms of progressiveness,” said Lightfoot, “I’ve seen that continued … so given all of that, and that’s what my work is involved in, it seems like a really excellent time and a fit.”

Looking ahead, maintaining the momentum that UBC has achieved in its response to the Truth and Reconciliation Commission of Canada (TRC) is on her radar.

“In some sense, UBC’s response to the TRC predate the TRC by six years, so we are very well-positioned to lead the country,” she said. “We don’t want to lose that ground.”

She also expressed the need to address “second-generation problems” — such as the unintended harm toward young Indigenous faculty created by Canadian universities’ rush to recruit them — and the under-representation of Indigenous students in STEM fields.

“We made great stride in [arts, law, medicine], but there are a lot of other areas like engineering and science where we’re severely under-represented,” Lightfoot said. “... If we talk about rethinking and redesigning for a more sustainable future, I think that’s where we have to go.”

The view that UBC is ahead of the curve in terms of Indigenous initiatives was also what drew Moss to her new position.

“It’s just night and day how far ahead [Canadian universities] are in Indigenous acknowledgment and history and so forth, so I’m thrilled to be able to go to a university where the needle has already been moved,” Moss said.

“Over here [in the US], it is a really heavy lift to get anybody to understand or think about Indigenous things at all.”

But she pointed out that Canada and the US still share many similarities regarding the treatment of Indigenous peoples, especially when viewed from her background in law and nursing. Moss is notably the only American of Indigenous background to hold both nursing and juris doctorates, and she also wrote the first nursing textbook on Indigenous health.

“[The textbook] came out in 2015 so just recognizing that nobody until then knew too much about the differences in regional and tribal ... they are completely different depending on the region and culture and language group,” said Moss.

“Your average nurse or healthcare professional didn't realize it, and I’m sure if it’s similar in Canada. Bringing understanding of that is also helpful.”

Accordingly, she will also be teaching a course each year in the school of nursing.

A newcomer to UBC that is yet to arrive on campus, Moss ultimately stressed learning about the university’s culture, gaps and opportunities before laying out her concrete plan for the FNHL.

But she noted that the student aspect will be “one of the first things” to look at.

“I’m not saying that every Indigenous students have to come to the Longhouse [which houses the FHNL],” she said, “but I would like to make it more known — I’m not sure if they have all heard about it or used it.”

“We’re entering a new era,” said Szeri. “... UBC and the Indigenous communities on campus and beyond will be really well served by [Lightfoot and Moss].”