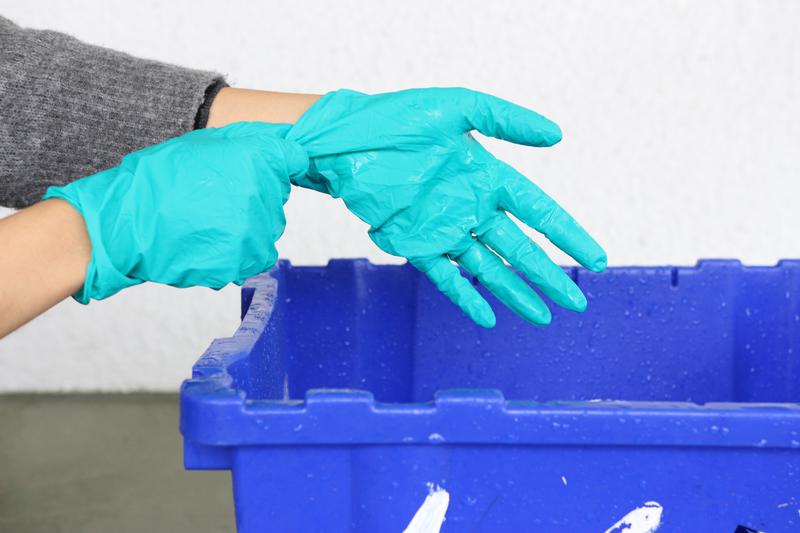 A pilot version of the recycling program was conducted in 2019, showing that recycling would have a positive environmental impact. Andrew Ha

To combat plastic waste, a glove recycling program developed in part by a UBC science student is starting in 14 labs in the Koerner Pavilion at UBC. This August, the program was granted $2,150 from the AMS’s Sustainability Project Fund.

Taylor Bootsma, a fourth-year microbiology and immunology student and the recycling program’s external director, helped develop UBC’s Disposable Glove Recycling Program during a work-learn at the Soma Laboratory following a presentation on how to improve sustainability in the lab. Bootsma hopes the recycling program will change the narrative around single-use plastics in labs.

“Scientists produce so much waste … and I feel like there’s not necessarily a lot of motivation to change that,” she told The Ubyssey. According to one student research report, UBC discards 7 million gloves a year, amounting to 28 tonnes of plastic.

Currently, labs in the Koerner Pavilion are collecting gloves, with the first drop-off date planned for October 6, before transitioning to a bi-weekly shipping schedule. Gloves collected from each lab will also be weighed as part of an inter-lab competition to encourage recycling over garbage disposal.

A pilot version of the recycling program was conducted in 2019, showing that recycling would have a positive environmental impact. Rather than ending up in a landfill, the recycled gloves are made into hard plastic products like lawn furniture and plant pots.

Recycling gloves could even save money if Kimberly-Clark brand gloves were used. Kimberly-Clark accepts their own product for recycling free of charge, but it costs extra on top of shipping to recycle other brands through the company TerraCycle. Currently, the recycling program is accepting both as labs buy their gloves independently.

AMS VP Finance Mary Gan, chair of the AMS Finance Committee, said the proposal’s goal of raising awareness resonated with her. “It’s something that we never really considered ourselves,” she said of the AMS committee members.

In addition, the focus on glove waste was not something proposed by sustainability projects to the AMS before. “It was really great to see such a unique project come to us.”

Emma Lam, a second-year biology student and the program’s competition leader, said the funding granted by the AMS will sustain the program in the Koerner Pavilion through May. But, Bootsma hopes long-term funding can be obtained past this initial grant.

“I think UBC is really committed to sustainability … it’d be awesome if they could step in in the future,” she said.