Beyond the buzzwords: What is the Excellence Fund? 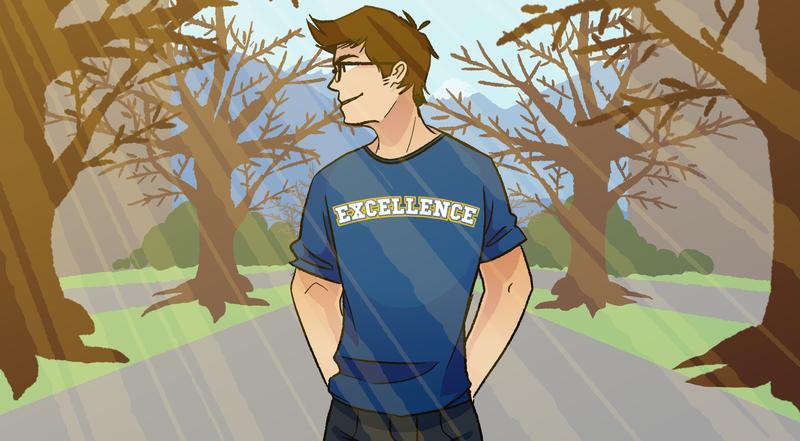 In February 2016, UBC’s Board of Governors (BoG) established the Excellence Fund, whose revenue draws from part of the 46.8 per cent incremental increase in international tuition that was approved in December 2015.

In its first year, $5.8 million was initially budgeted. However, the final committed amount rose to $6.36 million due to an unexpected increase in the enrolment of international students, according to UBC’s 2016-17 Annual Report. Only $5.36 million was spent.

Since the revenue allocated to the Excellence Fund will increase each year as the international student tuition increases, its budget is expected to grow to $18.2 million for 2017/18 and $35 million for 2018/19.

Accordingly, the fund will be taking on longer term and more expensive academic initiatives like the President’s Excellence Chairs, which has a $22 million budget to be spent over seven years.

But what exactly is the Excellence Fund beyond the buzzwords?

For faculty recruitment and retention, $2.4 million of the fund’s original $5.8 million was intially budgeted, with much of it being designated for Killam professors and university scholars.

“We have great faculty but we don’t — relative to other institutions — [have] awards for our faculty ... So one of the things that we’ve put some money towards is prizes for our faculty,” said UBC former Provost and VP Academic Dr. Angela Redish in a previous interview with The Ubyssey.

“We had a designation called Killam university professor, [which is] only partially funded by the Excellence Fund, we actually get money from the Killam trust for that, but we just hadn’t really been pushing forward people for that…. We awarded six new Killam professorships, and we also selected ten faculty members to be distinguished university scholars.”

Dave Shorthouse — director of academic initiatives for the office of the VP Academic — stated that in 2016/17, a little over $800,000 was spent on the Killam professors and university scholars since only one scholar was actually funded in this fiscal year, despite UBC announcing 10.

“I should also mention that, it’s just a question of timing for the distinguished university scholars — timing with respect to the actual expenditure of the fund,” said Shorthouse. “The distinguished university scholars basically started in April this year, but one of the ten was actually appointed in January so there was actually a very small amount for that person’s stipend.”

Shorthouse also mentioned that there was about $350,000 that went to supporting a research startup grant for a faculty member, and $550,000 to begin the appointment process for faculty into the school of biomedical engineering.

According to Vice-Provost Enrolment and Academic Facilities Dr. Pamela Ratner, the full expenditure of the fund was not seen in the 2016/17 financial year because while the fiscal year starts in April, the academic year starts in September.

“Typically when we appoint new faculty for example, we try to get them to start July 1 so you might not see the full expenditure in the first year,” she said.

This would explain the difference in $300,000 between the expenditure of $1.42 million listed in the Annual Report and the $1.7 million which is the sum total of the numbers listed above.

Around $2 million of the fund was designated for research clusters, of which 15 were identified with each receiving around $100,000.

“There was a broad call for research clusters made by the VP Research and Innovation, and so proposals came in from research units and deans from across the campus,” said Ratner.

“Then there was an internal review panel I believe … who reviewed the proposal and made recommendations to the VP Research and the executive about people they thought were in the best position to take advantage of the funds to achieve their goals.”

In addition, another $350,000 went to a consortium relating to sequencing and informatics; $100,000 went to a collaborative support unit developed to support research related to Indigenous people and $65,000 went to the banting fellowships, according to Shorthouse.

Similarly to the funds budgeted under faculty recruitment and retention, Shorthouse said that only about half of the budget set for research clusters was actually spent within the fiscal year.

“Part of it of course was about timing of when the funds were actually allocated to the cluster leads, but when we kind of went back to the clusters at the end of the fiscal year to see how they were tracking … we realized that they weren’t going to be able to spend it all within that fiscal year,” he said.

“We make the financial commitment for the full amount, [however] we understand that because of timing that it can’t all be spent in the fiscal year. But the expectation [is] that it has to be spent in two.”

According to Shorthouse, only around $120,000 of the budgeted $500,000 for student recruitment was spent in the financial year — again, largely because of timing.

“One of the things that we funded from a budget commitment perspective was the hiring of an Aboriginal advisor. We were only able to secure the services of this person part way through the fiscal year so there was a small amount that got spent on that — similarly with the marketing outside of UBC,” said Shorthouse.

Beside these two exenpenditures, this part of the fund was also used to “build a scholar’s community,” according to Reddish.

While the rest of the fund was allocated earlier in the year, the $500,000 that went into the student learning experience was allocated after consultation with the AMS and the Graduate Student Society (GSS) — both of who both had some concerns with the process.

The AMS provided feedback on the fund’s allocation based on consultation with undergraduate constituencies, and this along with surveys conducted by UBC led to the creation of the Tuum Est Scholarship.

The scholarship provides students not with money, but “the opportunity to engage in an experiential learning opportunity” which could mean a co-op term, a Go Global program or a research assistantship.

“[We surveyed] all the people we offered admission to we asked them why [they did or did not attend UBC]. And what we heard from that is that students we’ve admitted really want to know that they’ll have the opportunity to engage in something like Go Global or co-op,” said Redish. “So by committing to top students that they’ll get those opportunities, we hope that that will help us to attract top students.”

The scholarship was approved by UBC Senate in February, where they announced that it would be funded half by the Excellence Fund and by existing resources for student recruitment.

Other aspects that may fall under student learning experience in the future are faculty projects, an undergraduate research club, as well as law and dentistry clinics.

To retain students, funding is also being spent on both improving mental health and the space for undergraduate student advising, as well as the faculties of arts and sciences.

More specifically, UBC’s 2016/17 operating budget stated that $500,000 was allocated to the “planning and consultation [for the implementation of] the Okanagan Charter — an international charter for health promoting universities and colleges — and to “the development of resources that are available on an ongoing basis.”

“Fundamentally, we at the graduate student society do believe that UBC has not been allocating enough of the money to student initiatives and to things that would improve the student experience at UBC,” said Nicholas McGregor, last year’s VP external of the GSS.

“We’d like to see a larger portion of the Excellence Fund being put towards initiatives that are designed by students to enhance the student experience, but unfortunately we haven’t been involved in that development process.”

The AMS 2016/17 VP Academic Samantha So noted that by the time the AMS was consulted, most of the funding had already been allocated. Some of the leftover funds were, however, designated to what the AMS thought should be a priority.

“Once the consultation with us started, we were pleased with the amount of consultation and follow up on the requests, [but] we think this process could have gone faster ... Possibly it would have if they had reached out to us earlier,” said So.

Overall, So stated that she was happy with the consultation that had occurred at this point, but that the increase in funding towards students is the least they expect after the tuition increases.

In the future, allocation decisions will ultimately be made following recommendations to UBC BoG by Provost and VP Academic Andrew Szeri.

According to the terms of reference, this process will include consultations with VP Students, AVP Students, elected student leadership, VP Research and International, the Committee for Deans/Deans Council and the Senate Budget Committees.

To ensure accountability, the provosts are finally expected to deliver annual reports on the fund each year and the fund’s “specified terms” are to be evaluated every three years.