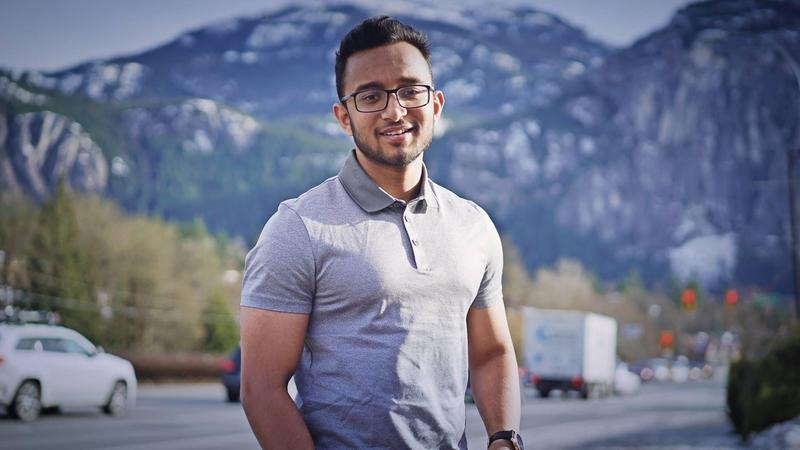 “It’s definitely a great recognition … a lot of my role models have been on this list before." Courtesy Taus Noor

A 2020 UBC graduate has been named in Forbes Magazine Asia’s annual 30 under 30 list for his entrepreneurial work. Taus Noor was named to the prestigious list for his work co-founding Gaze along with Motasim Bin Rahman.

Gaze is an artificial intelligence software intended to make online shopping easier through one-touch purchasing. Rather than users having to fill out multiple forms to make an online purchase, they are able to complete the process by clicking on the Gaze icon and having it autofill the rest of their information. Noor started Gaze in 2018, sensing an absence of this kind of software on the market. He said he feels Gaze gives businesses a competitive advantage.

“[When making purchases] you have to go through multiple pages, multiple forms, it’s annoying,” said Noor. “If I feel bad ordering online like that, then that means online sellers are actually losing revenue.”

Noor said his time at UBC put him in a position to create Gaze. An international student, he participated in the International Scholars Program, which helped him make the friends and connections he said were necessary to succeed. He worked for IBM Research through UBC’s co-op program, as a co-creator of object detection software for self-driving cars.

He and his co-founders built Gaze while Noor was still studying computer science at UBC. The company started operations working with retailers in Bangladesh, Malaysia and Singapore, but has now expanded globally thanks to a widespread management team spread. According to Noor, Gaze has yet to join with any Canadian businesses, but plans to do so as soon as possible.

Still, Noor said that he was surprised to get this recognition from Forbes. A fellow Bangladeshi entrepreneur and friend of Noor’s suggested nominating him and Bin Rahman for the award. The Gaze founders decided to do so, but never expected to get recognized.

“In February, [Forbes] reached out to us and we really went ‘Oh wow, they really reached out to us, that means they are interested to a certain level,’” said Noor. “The announcement came out in April … we were very shocked.”

Noor feels that the award comes with a responsibility to prove that Forbes’ confidence is well-placed.

The list spotlights 30 people under 30 to watch who “might be able to build a great company or be great entrepreneurs. If we fail, then we basically disprove it,” said Noor.

“There’s a responsibility to do well.”