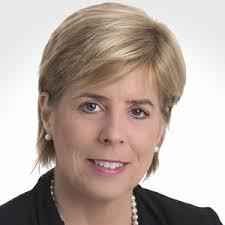 Barbara Meens Thistle, ICBC’s current VP Central Services, has been hired as the new VP Human Resources of UBC. Her hiring comes after a three-month global search by a committee chaired by President Santa Ono.

Upon taking the role, Meens Thistle will be providing “support and advice to UBC’s faculties and departments,” as well as “a range of services for faculty and staff, including recruitment and employment, organizational development and workplace learning, wellbeing programming, faculty and staff relations, compensation, pension and benefits administration, and the development of human resource policies and practices.”

Her portfolio will cover both the Vancouver and Okanagan campuses.

“Barbara will be a valuable addition to our executive team and I have full confidence she will be able to build on the excellent progress made by Lisa Castle, former vice-president of human resources, to make UBC a rewarding and fulfilling place to work,” Ono said in a UBC press release.

Prior to coming to UBC, Meens Thistle held leadership positions in human resources at multiple private and public organizations, such as electric services company Emera, telecommunications company Eastlink, BC Hydro and ICBC.

She was also voted HR “professional of the year” by the Chartered Professionals in Human Resources’s BC and Yukon chapter in 2016.

Currently, beside her VP Central Services role at ICBC, Meens Thistle is also a fellow at the Canadian Board Diversity Council, as well as a board director with OceanWise — which oversees the Vancouver Aquarium — and with Big Sisters of BC Lower Mainland.

“I’m thrilled to accept this new challenge to lead human resources programs and services at UBC, one of the province’s top employers,” said Meens Thistle in the press release.

“UBC has one of the largest workforces in British Columbia and I look forward to continuing efforts to making the university an inspiring place to work that also supports faculty and staff wellbeing, resilience and commitment.”