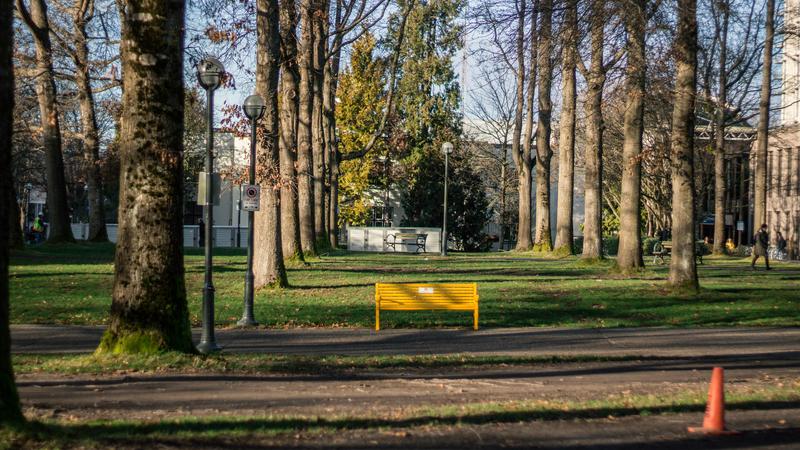 “As soon as you get out of the military, you’re institutionalized [into] a certain way of life.” File Shamit Rahman

UBC has launched an initiative to become “Canada’s first veteran-friendly campus by 2020.”

With more than 75 students, faculty and staff on campus who self-identify as veterans — and many more likely unaccounted for — the university is working to provide more services and programs for its military-connected community members.

The accommodations will take the form of specialized counselling and mental health support, social and recreational opportunities, professional development courses and priority housing.

Going forward, veterans will be allowed to self-identify as they navigate the admissions process, and the university will work to improve its communications from staff and faculty to be more welcoming of veterans.

UBC will also open a Royal Canadian Legion Branch, the first new branch in BC in over 25 years.

Marvin Westwood, both a developer behind the Veterans Transition Program and senior advisor to Centre for Group Counselling and Trauma (CGCT), is helping to develop the initiative.

“What we’re trying to do is give them a chance to ... enter university and select a career,” said Westwood.

Another plan in the initiative is to create a physical space on campus for military-connected students to meet and receive services.

“That’s why we don’t want them to come to university and lose the group because the group is the stabilization [and] it gives them mobilization,” said Westwood.

He added that many of these students come from diverse backgrounds.

“They have a lot of knowledge, they have a lot of life experience and they tend to be — in terms of age — mature students,” said Westwood. “So you need to inform the university of their backgrounds because there are stereotypes of soldiers and military-connected students, but they’re much more than combatants.”

McKenzie Robinson is one of 21 military-connected students enrolled this past September in CGCT’s pilot one-year professional development program.

“There’s a wide variety of people," said Robinson. “There are some guys that want to be engineers, some guys that already have multiple degrees at UBC and they just want to come back and get into it.”

One specialized course, being offered this year, is “Intro to Military Writing.”

“We’re going over certain kinds of military writing books or stories and analyzing them and creating our own,” said McKenzie.

Another is called “Personal and Social Development of the Adult,” a counselling program where students learn interviewing and interpersonal skills.

Adjusting to ‘just me’

Both Robinson and Westwood stress that a common issue returning veterans face is the difficulty of transitioning to a university culture.

“You’ll have one university that will ... take in your military group, record and put you in [their system] — which is great. But then you get in and you'll have no connection to anybody around you,” said Robinson.

“As soon as you get out of the military, you're institutionalized [into] a certain way of life.”

Simon Svenstrup, a fourth-year student majoring in psychology and political science, is an active member in the Seaforth Highlanders of Canada.

“I sort of came in the opposite way. I started at UBC first and then I joined the army about a year and a half ago.” said Simon.

He added that there is often an adjustment for veterans because they’re transitioning from a group-oriented mindset to a more individualistic culture.

“It was all about what we are doing, what do we need to do in the next 24 hours, 10 minutes, whatever it is,” he explained. “Now it is just me. Go to class — like doing all the standard stuff everyone else does.”

In a statement to The Ubyssey, VP Academic and University Affairs Julia Burnham said the AMS supports the new initiative, though the society doesn’t provide any programs specifically for veterans.

But Burnham added that in addition to the President’s Initiative, access to benefits such as the AMS/GSS Health and Dental Plan and AMS Services — including Speakeasy, Vice, Tutoring, Food Bank and others — are available to veteran students.

“The AMS has always been a strong advocate for fair and equal access to education and we are thrilled to support any program that removes barriers for students, including UBC’s new veteran-friendly initiative,” she said.