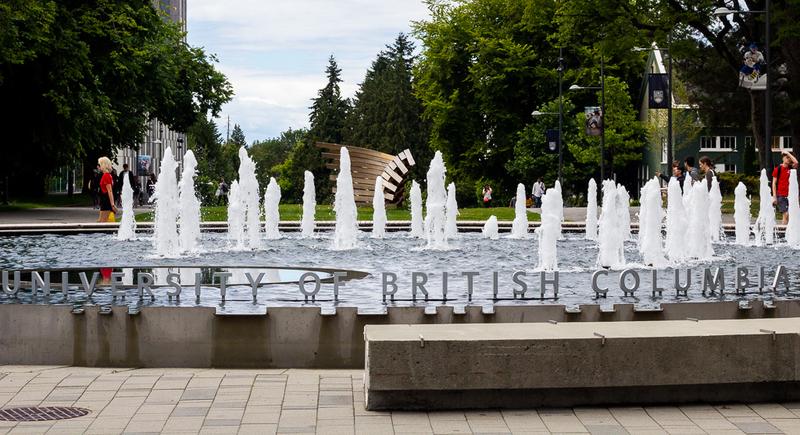 “The ads challenge the audience, as we at UBC challenge ourselves, to not accept the status quo.” File Alex Nguyen

Titled “The potential is yours,” the campaign focuses on the potential of UBC community members to change the world through their research and work. Featuring a number of faculty and students, the advertisements touch on pressing issues such as reconciliation with Indigenous communities, sustainability and the overdose crisis.

“[T]he campaign focuses on the importance of UBC’s research and teaching mission and positions UBC as a university tackling society’s largest challenges,” reads the Board of Governors submission about the campaign.

“The ads challenge the audience, as we at UBC challenge ourselves, to not accept the status quo,” Rick Hart, UBC’s senior director of Brand and Marketing, said in a statement to The Ubyssey.

Hart first publicly announced the campaign at the September 13 Board of Governors committee meeting. Touching on the motivation behind it, he said that it is largely to improve the university’s reputation following “a series of negative news headlines through 2015 and into 2016.”

Some include the Board of Governors’ involvement in the lead up and fallout from former President Arvind Gupta’s resignation, UBC’s handling of sexual assault and harassment allegations against former creative writing Chair Steven Galloway, as well as a human rights complaint and CBC’s investigation into the university’s handling of reports of sexual misconduct.

“While there has been a measurable improvement in the last 18 months, there is still room for improvement,” the submission reads.

The campaign will now run on “national TV, newspaper, online video, digital advertising and social media” from September to November and then start up again in January. A “separate stream” for an international audience is still under development, according to the submission.

Partnering with agencies TAXI and MediaCom, the campaign was developed by an advisory group of UBC executives, including Provost and VP Academic Andrew Szeri, VP Research and Innovation Gail Murphy and and UBC Okanagan Deputy Vice-Chancellor and Principal Deborah Buszard.

The campaign also included consultation with just under 5,000 people from various backgrounds — including “students, alumni, BC general population, university leadership ... Canadian prospective university students [and] business leaders” — in the research of what UBC means to people. Just under 2,000 people were also asked to evaluate the campaign's concept.

“The province had no involvement — indirect or direct in the creative process or the financing of the campaign,” Hart said.

Top research intensive universities have similar characteristics. It's provocative, it's going beyond "3 students sitting under a tree." We tested every single line and something that made people most comfortable is around social issues, but that's part of being at a universities

At the September 13 Board meeting, faculty representative and anthropology professor Charles Menzies questioned how the campaign’s effectiveness would be measured, noting that he did not find it “very provocative at all.”

VP External Relations and Communications Philip Steenkamp responded that there are “very rigorous metrics” in the quantitative market research to evaluate the campaign’s success in creating “familiarity, positive sentiment and impact on brand attributes.”

Menzies also pointed out that there had been no discussion of cost at that point.

In the statement to The Ubyssey, Hart said that $1.25 million had been allocated for 2018’s advertising budget. UBC is also planning $900,000 for the 2019 media budget and $750,000 for production costs, market research and contingency.

“While this figure is higher than in years past, this is also the first time UBC has advertised on television locally and nationally,” Hart said.