Three decades after opening, First Nations Longhouse construction will be complete by end of 2021 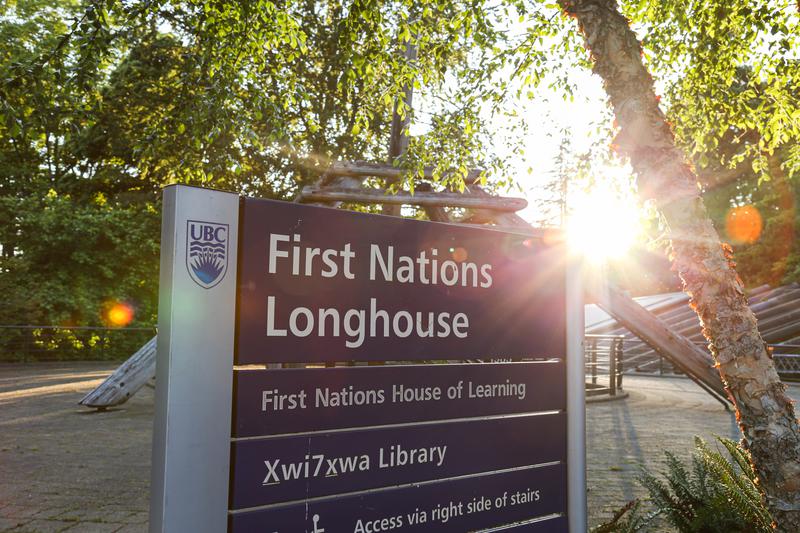 Moss said the expansion will “give more classroom opportunities by having this setup as classroom-ready.” Jasmine Foong

The First Nations Longhouse expansion is expected to be completed in November 2021, three decades after its initial construction.

The expansion will provide a multipurpose space for Indigenous students, faculty and staff on campus. Despite opening in 1993, physical evidence of the unfinished space in the Longhouse is still present.

Dr. Margaret Moss, the current director of the First Nations House of Learning (FNHL), said that when she first saw the posts and beams on the side of the Longhouse it looked like a “fancy pergola.”

“I thought, ‘Oh, that’s supposed to be something?’” Moss recalled.

Verna Kirkness, the founding director of the FNHL, first envisioned the Longhouse during her time as a professor emeritus at UBC in the 1990s. Prior to the construction of the Longhouse there was limited space available for Indigenous students and the FNHL existed in a now demolished wartime hut. Kirkness said that “word came that they were going to be demolishing the huts … so [students and elders] started to think of alternatives.”

The Longhouse was built in the tradition of a Musqueam-style shed and is now a multipurpose space that houses UBC Vancouver’s Indigenous Student Collegium, provides counselling services and is home to the FNHL. It also provides space for guest lecturers and seminars.

“We were so fortunate that we were told that no limits were put on anything. It was up to us to think of what we wanted,” Kirkness said.

The funding mostly came from external sponsors not affiliated with UBC, including the late philanthropist Jack Bell and former CBC producer Bill Bellman. The donations Kirkness received were matched by UBC, and the nearly five million dollars allowed for the construction of the Longhouse but was not enough to complete the entirety of the project.

Kirkness, who retired from her position as director of the FNHL in 1993 after the Longhouse was built, brought the unfinished state to Moss’s attention in 2019 when she visited campus.

“I’ve always had this on my mind that this extension should be built. I saw how crowded the administrative area was and how well utilized the whole thing was … there’s always so much going on. You need the space to do these things,” Kirkness said.

Expansion a go-ahead thanks to university funding

Moss sourced funding for the expansion internally with the support of the Provost. The funding for the project was prioritized because “Indigenous initiatives are one of the top priorities for the president,” Moss said. One purpose of the Indigenous Strategic Plan involves the enrichment and enhancement of physical space on campus.

The expansion is expected to cost $3.6 million dollars and funds will be reallocated from the Academic Capital Fund. Larry MacFarland, the architect handpicked by Kirkness for the original construction in 1993, will be consulted for the expansion.

Some renderings of the expansion of the First Nations House of Learning: pic.twitter.com/sKLFLmchmL

The new space will provide office areas that will be used for counselling services, larger meeting rooms, room for more staff, a remodelled Collegium and a multipurpose room that can be used for seminars and guest-lecturers. Moss said that this space will “give more classroom opportunities by having this setup as classroom-ready.”

Kirkness, who has been witness to the inception of the Longhouse through to the expansion, said that she is “just happy for the fact that things are growing as they should.”

“It’s so well kept. I don’t know if it’s my imagination, but I think I can still smell the cedar …It’s one of the nicest homes away from home for students on any campus.”