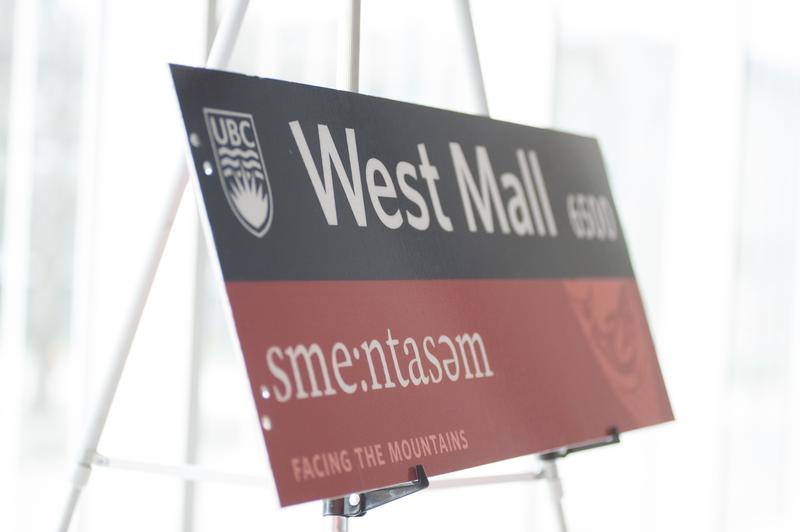 UBC Vancouver and the Musqueam First Nation unveiled a series of street signs on April 4 that adds new names in the hən̓q̓əmin̓əm̓ language to the preexisting ones, after quietly installing them over the past week. This follows in the footsteps of UBC Okanagan, which has had similar signage since 2010.

There are nine new street signs that have been installed at 54 locations across the Vancouver campus.

Along with the opening of the Indian Residential Schools History and Dialogue Centre and President Santa Ono’s delayed resident school apology on April 9, these initiatives are part of the university’s continuing effort to emphasize the history of the people on whose land the campus has been built and the collaborative relationship between both groups.

“With these new signs, Elder Larry Grant and the Musqueam community are sharing their knowledge about how a place is understood and how people move across the land,” said Ono during the event.

“We sincerely hope that other universities across Canada, [and] around the world will follow in honouring the ancestral languages on the lands that we are fortunate to inhabit.” 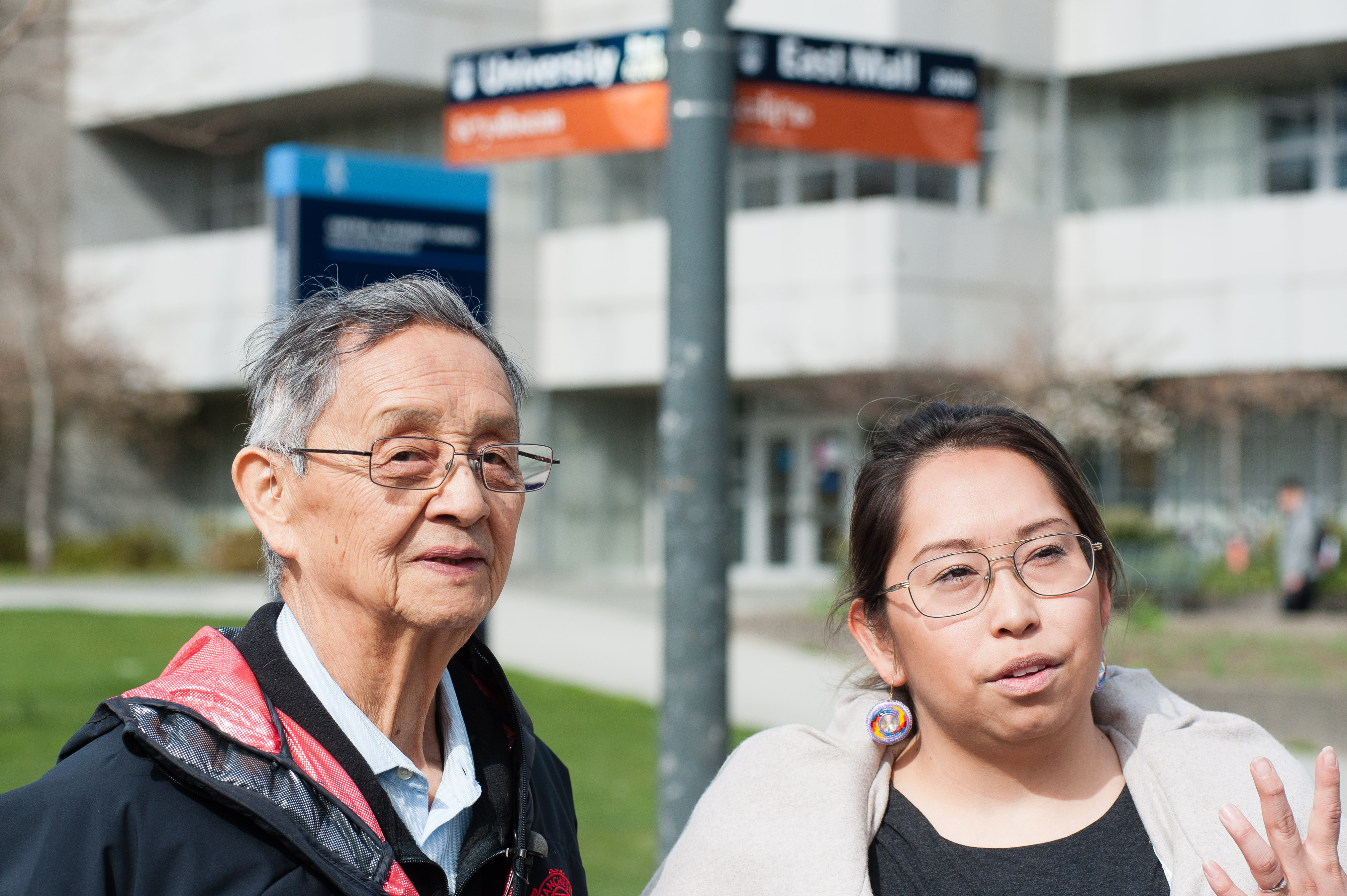 Elder Larry Grant, Program Assistant to the Musqueam language and culture department Vanessa Campbell and other members of the Musqueam community worked in collaboration with Michael White, associate VP of Campus and Community Planning, to see the project — which has been in the works for several years — to completion.

“They tried to bring forward some signage at that time [in 2017,] but because of how difficult it was to coordinate everyone that was involved in it in a very short time, it didn't happen, but it has happened now,” said Grant.

“This project was actually very, very collaborative and there was no resistance or challenging things with it other than, ‘What are we going to use for the names?’”

The new road names were determined using the Musqueam people’s traditional method that draws upon the characteristics of the environment, rather than the cardinal directions of North, South, East and West.

“These signs are a visual indicator of the way in which Musqueam people have connected their language with a frame of reference of land and water and air for centuries, before the compass existed,” said Ono.

“And it’s therefore appropriate that we use that same frame of reference as we walk through this Musqueam land.”

“This little project will give me meaning and a sense of belonging as I make my way through this space,” said Nora Stogan, a UBC student with Musqueam and Sts’ailes heritage. “And it will remind me to reflect and be grateful for all of the opportunities that I have now because of what my ancestors have gone through and persevered.” 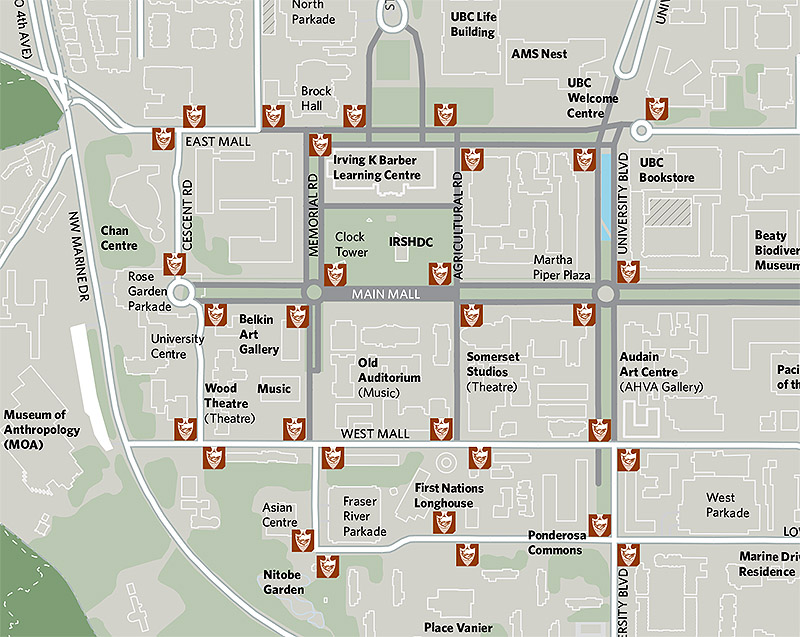 The names and their hən̓q̓əmin̓əm̓ versions are listed below.

Beyond the unveiling ceremony and the nine names, Grant also noted that this is still an “ongoing process.”

“There are many other intersections that could be named,” he said. “The process is to put a relationship, a visual language of the land out there so that everyone including our youth can see that and make a little connection to the land. That’s really what it’s about.”