UBC has no policy to appoint associate deans. Some profs say this is an equity and governance issue 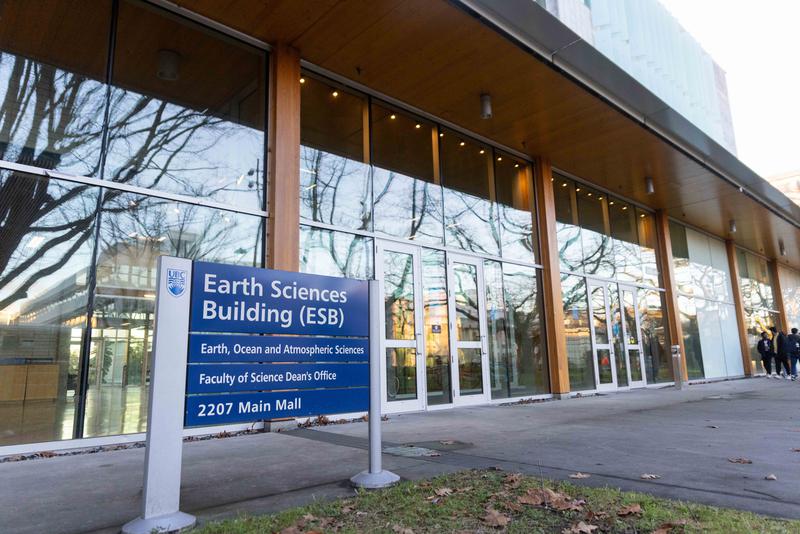 Unlike for deans, the BoG leaves it up to the faculties to decide how to fill the roles. Isabella Falsetti

The faculty of science recently appointed three new associate deans, renewing concerns around the lack of a Board of Governors (BoG) policy to appoint associate deans.

Unlike with deans, the BoG leaves it up to the faculties to decide how to fill the roles, through an open or closed process. UBC’s human resources website states that “associate deans are normally appointed internally,” and are subject to the Provost’s approval.

Professor Mark Mac Lean said that while these appointees are highly qualified, the issue is the lack of process.

The faculty of science has hiring guidelines that outline processes to make sure candidate pools for empty positions are diverse. But the lack of transparency “raises questions as to how these EDI [equity, diversity and inclusion] principles have been applied in the hiring of senior leadership in the faculty of science in this case,” said Mac Lean.

He added that while he is a member of the BoG, his comments reflect his own viewpoint, not that of the university or the BoG.

“An unintended consequence, I suspect, is that we've excluded BIPOC candidates from being nominated by their colleagues or putting themselves forward for consideration because no one was aware these positions were available and so forth,” said Mac Lean.

Mac Lean added that this process prevented faculty members from taking part in a “core decision around leadership.”

Since he doesn’t know if the process was a “tap on the shoulder” or if there were multiple candidates interviewed, Mac Lean said it’s “hard to have confidence” in the process.

“Not because the candidates at the end aren't wonderful people, but because you have no idea how they got to be appointed in these positions,” he said.

Dr. Nassiff Ghoussoub, a mathematics professor and a former BoG member, also tweeted about the appointments and voiced his frustration around the lack of a policy.

Ghoussoub told The Ubyssey that he first raised this issue in 2011, during his second term on the Board.

“The President [has] a specific term, every board member has [a] specific term, every dean and yet associate deans can be there for twenty years .... [they are] people [who] have lots of discretionary powers because deans now have to deal with all kinds of external issues, fundraise, etc so they end up deciding [on] lots of issues,” Ghoussoub said.

On October 10, 2018, Ghoussoub, along with other elected members of the Board, sent a letter to Michael Korenberg, chair of the Board and the Governance Committee at the time.

The letter asked the Governance Committee to discuss creating “a policy framework and procedure” for appointing associate deans, among other requests.

​​The letter stated that because associate deans are “key academic administrators,” the lack of a procedure and term limits are concerns for faculty. There should be a “mechanism” for faculty and students to engage in the appointments, as they do with deans and heads of departments, the Board members wrote.

However, according to Jeanie Malone, a former student member of the BoG, the roadblock was that it was unclear whether associate deans would count as part of the Faculty Association during the collective bargaining process.

“I think given that it takes a very long time for policies to be made we could have started some of those discussions. But the administration felt at the time that it wasn't appropriate,” Malone told The Ubyssey.

Admin have not attempted to delay this process, VP HR says

In a written statement to The Ubyssey, VP Human Resources Marcia Buchholz confirmed that BoG discussed creating a policy around the appointments at its February and September meetings in 2019.

According to Buchholz, Human Resources gave a briefing to the Governance Committee on grievance arbitration matters as well as collective bargaining issues with the Faculty Association in relation to the potential policy on appointing associate deans. The Governance Committee then referred the issue to the Employee Relations Committee (ERC).

“HR and the ERC agreed that arbitration issues would need to be resolved before work on a policy could begin. Those issues have yet to be fully resolved. At no time has UBC's administration attempted to delay the Board in this matter,” said Buchholz.

However, Ghoussoub sees this issue as one of “ the obfuscations after obfuscations” elected BoG members deal with. “Since we started asking in 2011 ... why ten years later [are they] still refusing to [create a policy]? That's the question,” he said.

Faculties have the ability to create their own policies without waiting for the Board. But Mac Lean thinks that this is an issue for both campuses and the Senate and would like to see the deans take the lead and commit to creating a policy on hiring associate deans.

“I would love to see the administration take the lead on this. Even in coming forward to the Board and [saying], ‘Look, we're going to do this’ … Associate deans … are academic leaders and I think the Senate should be engaged in this as well,” said Mac Lean.

The newly appointed associate deans and the faculty of science dean’s office declined to comment.