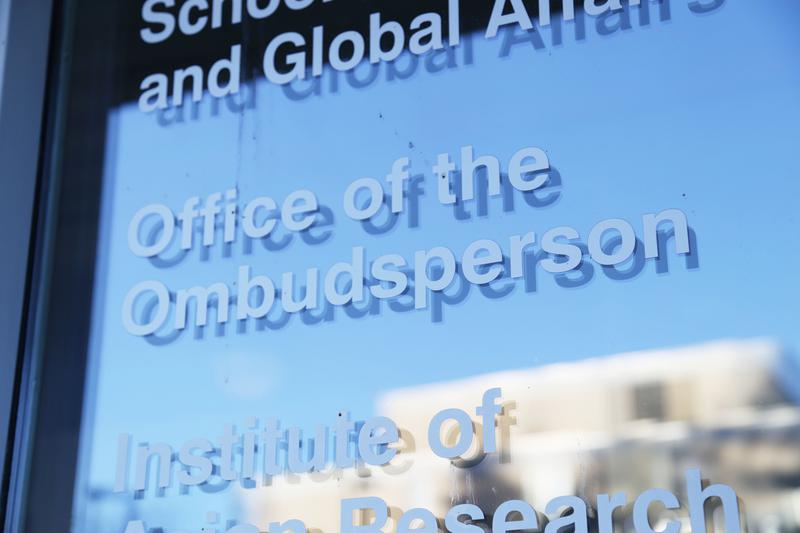 Following an increase in visitor numbers from 2009 to 2014, visits appear to have plateaued. Jasmine Foong

Over 400 students sought help at the UBC Office of the Ombudsperson for Students in 2019, according to an annual report released in January.

On January 20, the Ombudsperson for Students Shirley Nakata presented the 2019 annual report of the ombuds office at the UBC Senate. The office is an independent unit that helps students who are concerned that they have been treated unfairly by the university.

When the ombuds office first opened in 2009, it supported 51 students across both UBC campuses. Following an increase in visitor numbers from 2009 to 2014, visits appear to have plateaued, with 462 total visits across both campuses in 2019.

Nakata had expected the plateau to occur earlier, around the fifth or sixth anniversary of the office’s opening.

“Over the years, we’ve tried to advance fairness for students through structural change — in policy, processes and approaches — so that we don’t keep seeing the same concerns presented over and over again,” she said in an emailed statement.

A common concern that brought the graduate demographic to the office was supervisor–student communication.

“Communication challenges or breakdown, due to no ill will of either student or supervisor can quickly bring on a decline in trust and damage the supervisory relationship.”

According to Nakata, it is essential for graduate students to have a positive relationship with their supervisor as it largely determines their academic success and career timeline. If left unresolved, issues like this one may add another layer of stress to the graduate student’s life, Nakata added.

At the Vancouver office, of the 358 concerns students raised, exactly half were related to academics, followed by 79 interpersonal conflict cases, or 22 per cent, and 38 misconduct concerns, or 11 per cent. These figures include students who came to the office with more than concern.

In the Okanagan, of the 147 student concerns, 120 were related to academics — just over half. The next commonly expressed challenges fell under the interpersonal conflict and financial categories.

“The issues across both campuses have their similarities but each campus has its own unique culture, ways of working and policies and processes,” said Nakata. “We need to be mindful of all of that as we advise and support students through our Okanagan and Vancouver offices.”

The 2019 annual report included the same recommendations the office proposed in 2018, largely centring fairness for students. For adjudicators, this includes fairness and trauma-informed training for tribunal members and improving the Senate appeals process by considering set hearing dates and reducing quorum.

On the student side, recommendations include giving students the chance to respond to any reports before they’re sent to final decision makers, having at least one student member on appeals panels and clearly explaining information about the appeals process for following appealable decisions.

However, Nakata’s recommendations are not binding, meaning that their implementation has been sluggish. Dr. Kate Ross, associate vice-president of enrolment services and registrar, said to Senate that adjudicator training was underway but hampered by staffing constraints.

“I think that we can take heart in that at least in the next few months there will be a concerted effort to look into some of these issues,” added Dr. Paul Harrison, Senate Nominating Committee chair, at the meeting.

Other 2019 recommendations from Harrison, whom President Santa Ono appointed to review the ombuds office, have yet to be implemented. As part of his review, Harrison proposed establishing a committee to advise the Okanagan office after reopening from at ten-month closure, fairness audits and that Ono consider an independent office for faculty and staff concerns.

Nakata said her office is continuing to work with stakeholders in line with Harrison’s 2019 office recommendations.

“I am hopeful that this proactive work is making an impact and along with other university partners, we are slowly making changes in the way university decision-makers respond to student issues and have reduced some student complaints.”