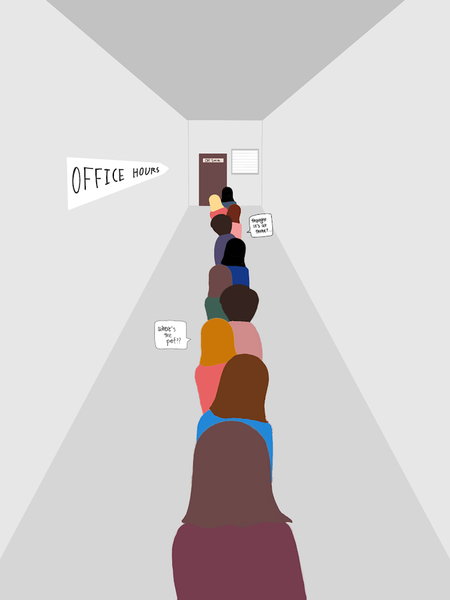 But professors are questioning how the university got into this situation to begin with.

Earlier this year, UBC President Santa Ono launched the President’s Academic Excellence Initiative (PAEI), which he described in a statement to The Ubyssey as “the largest recruitment of faculty in the history of UBC.”

The initiative will aim to increase the hiring of professors and teaching faculty, as well as address the financial needs of graduate students, many of whom straddle the poverty line.

“[Academic renewal] will be achieved through a targeted increase in the UBC professoriate through new positions over the period to fiscal 2026/27. This is in addition to necessary annual hiring to replace retirements and general attrition at both campuses over the 7 years of the PAEI,” wrote Ono.

To facilitate this goal, the Board of Governors (BoG) formed the Academic Renewal Working Group (ARWG) in June, a temporary advisory body that will serve to evaluate the issues at play and recommend strategies for improving the conditions of graduate students, hiring faculty and investing in teaching infrastructure.

“The current administration has taken academic renewal seriously and made it an overriding strategic priority (one of 4 or 5 core priorities of Dr. Ono and his team),” wrote BoG Chair Michael Korenberg in a statement to the Ubyssey.

The ARWG will spend this academic year consulting with the community and fact-finding, according to Max Holmes, a Vancouver BoG student representative and member of the ARWG.

The ARWG will then report to the BoG by June 2020 with its recommendations on how to proceed with academic renewal.

“This is going to change the face of the university over the next 10 years and beyond. So it's going to be very important that we get feedback,” said Holmes. 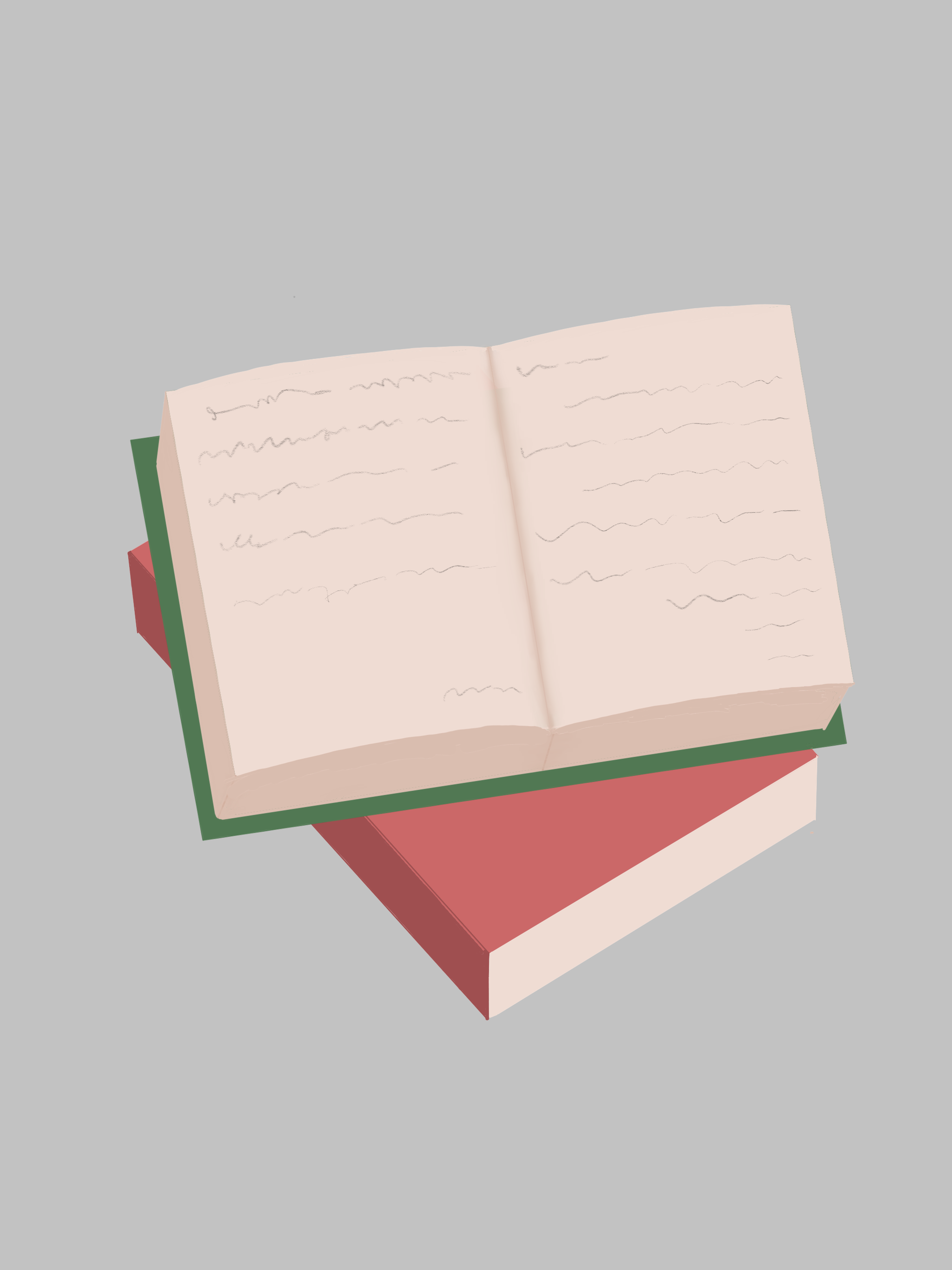 The initiative will aim to increase the hiring of professors and teaching faculty, as well as address the financial needs of graduate students, many of whom straddle the poverty line. Ariel Qi

But in the same timespan, numbers of the professoriate — who are specialized faculty members occupied with teaching and research — actually decreased from 1,889 to 1,845.

In contrast, student numbers at UBCV rose from 40,425 in 2009 to 48,893 full-time equivalents in 2018. Of this number, graduate students at UBCV have remained relatively stable, growing roughly one per cent per year.

According to Dr. Mark Mac Lean, who recently announced his resignation as the undergraduate chair of mathematics, the discrepancy in student-faculty ratios hits both groups hard. He expressed that larger class sizes afford students fewer opportunities for feedback and one-on-one support.

“The student experience will degenerate because if [there’s] one thing students crave, legitimately so, it’s feedback on their work and thinking,” said Mac Lean.

This year, for the first time in his career, he has seen students locked out of essential courses due to large class sizes and long waitlists.

“We should have the capacity to, ideally, meet the demand for any qualified student to take a program … that’s a bit of pie in the sky for me, but I think it’s a good philosophy to have,” said Mac Lean.

Certain departments like mathematics and computer science are disproportionately affected by a lack of faculty, according to Mac Lean and Dr. Nassif Ghoussoub, professor of mathematics, a Vancouver BoG faculty member and former chair of the BoG’s Learning and Research Committee.

“Some departments, computer science for example, were much more touched by the increase in international students than others,” said Ghoussoub.

Mac Lean is hoping for a targeted approach to faculty hiring, where departments under stress are prioritized over those with fewer students.

Faculty with growing class sizes must dedicate more time to interacting with and providing feedback to students on top of grading assignments, mentoring graduate students and a slew of other responsibilities, according to him.

As a result, they’re growing frustrated.

“Highly accomplished [faculty] can move ... retention will become an issue for research faculty if they feel like the teaching piece becomes overwhelming for them,” said Mac Lean.

Chris Hakim, AMS president and member of the ARWG, agrees.

According to him, UBC is lagging behind other institutions that continuously recruit new faculty and provide their graduate students with greater financial support. As a result, these institutions are producing more research and rising in the rankings, he said.

“The more faculty we begin to recruit, the university will be outputting more research, which will increase the rankings of the university. That provides, quote-unquote, ‘more worth’ for a student’s degree at UBC,” said Hakim.

To address all these issues, the PAEI seeks to initiate a massive hiring push, recruiting faculty members at every level over the coming years, according to Holmes.

“I think you will definitely start to see things picking up as early as the beginning of the next academic year, so fall 2020,” he said.

According to Korenberg, an increase in hiring has already begun.

“The current administration is supporting faculty plans that (if the recruiting target is fully realized) will see a further net hiring of 75 positions in 2019-2020,” he wrote in his statement.

Below the poverty line

According to Hakim, graduate students play a central role in producing research for UBC and are critical to UBC’s success as an academic institution. But high tuition costs, low stipends and a rising cost of living in Vancouver have driven many to the poverty line.

“The university needs to recognize that [graduate students are] the backbone of their research enterprise,” said Nicolas Romualdi, president of the Graduate Student Society (GSS) and member of the ARWG.

According to him, figures from their currently incomplete funding survey show that graduate students make $22,000 per year on average — a figure on par with minimum wage in BC. UBC PhD students are afforded a minimum yearly stipend of $18,000 — which is below the BC poverty line of $18,213 — while master’s students make less and professional-stream graduate students make nothing at all.

“Despite the minimum stipend policy, we’re still seeing graduate students very much struggling with food insecurity issues, housing affordability issues and ultimately many of them being below the poverty line for BC,” said Holmes.

“If you want to get the best graduate students out there, you're going to need to offer better funding packages … and you need to continue to improve their funding so they can thrive. Because it doesn’t make sense to attract the best students ever if they’re going to be put in a situation where they have to be working at Save-On-Foods to make ends meet,” he said.

“[Bringing] every graduate student above the poverty line should at least be the goal. I don’t think it's acceptable for us to have anybody below that line,” Holmes echoed.

While he declined to speak on the specific goals of the working group, citing confidentiality, Romualdi said the GSS will be fighting to make tuition free for all PhD students at UBC.

According to him, the university should change to a model where graduate students are contributing not through their fees, but through their research. 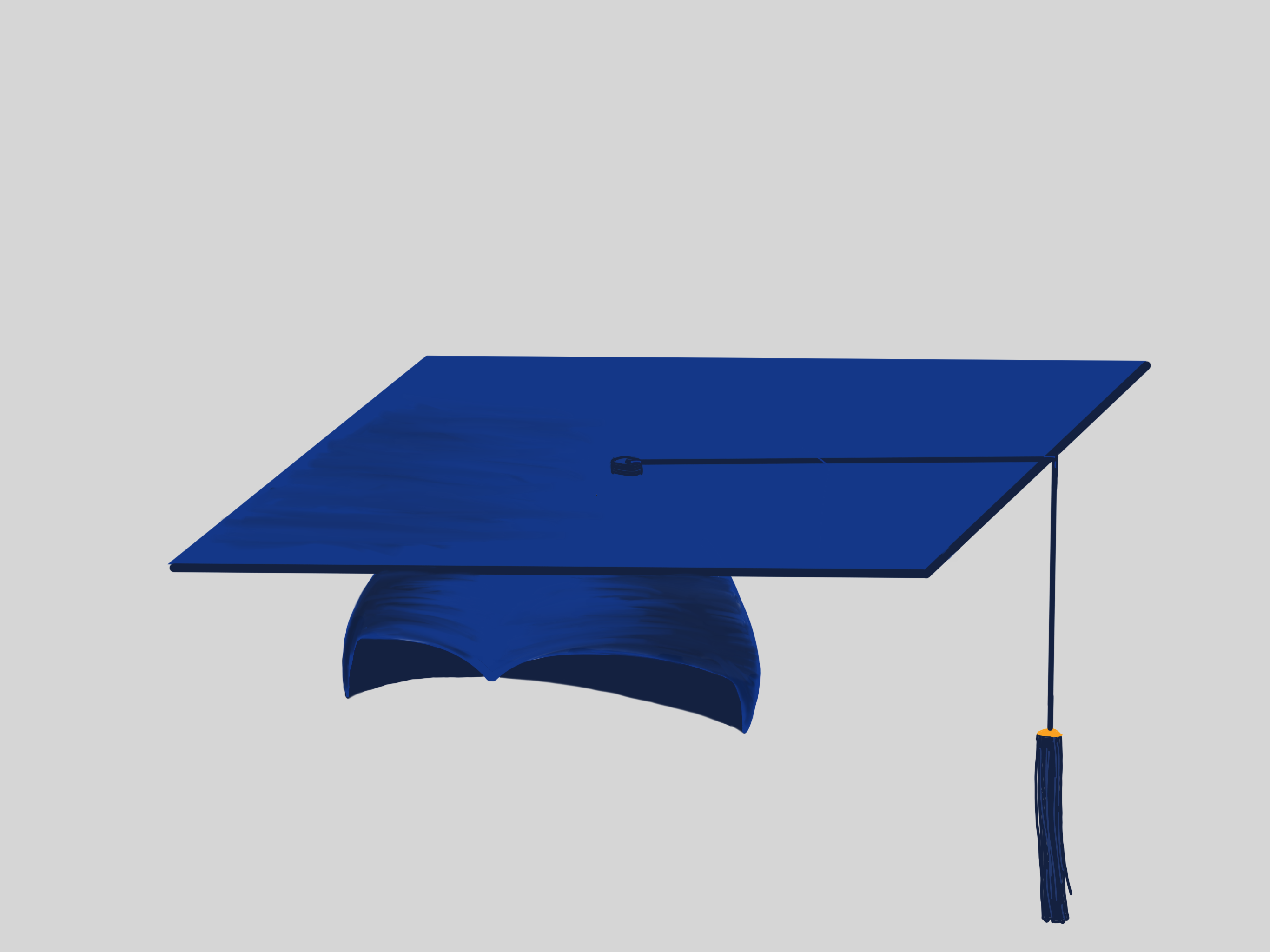 “The university needs to recognize that [graduate students are] the backbone of their research enterprise,” Ariel Qi

But some worry that the PAEI will be too little, too late.

A longtime advocate for action against faculty stagnation, Ghoussoub has been speaking out about frustrations with the university’s delay in responding to the problem, the composition of the ARWG, faculty representation on the Board, among others.

Following a series of public confrontation with Korenberg in committee meetings, he resigned as chair of the BoG Teaching and Learning Committee in its September meeting.

Korenberg agreed, emphasizing that the issue had been long-standing since before the current administration.

“I don’t know why hiring of professors stagnated for a decade. Frankly, that was before my time on the board and, to the largest extent, happened before the current administration at UBC,” wrote Korenberg.

Ghoussoub also expressed concerns over the composition of the working group, which was decided solely by Korenberg and BoG Vice-Chair Sandra Cawley. In particular, he had questions about what qualified someone to be on the ARWG and was frustrated that he wasn’t included in the group.

In an interview with The Ubyssey, Korenberg said that when composing the group, his main priority was to be inclusive of all the groups impacted by academic renewal by selecting leaders and representatives of those groups for the ARWG.

“The desire was to try to be inclusive of people on a representative basis,” he said.

“… I don’t want you to be perceiving that there isn’t respect for Nassif … He absolutely is a champion for highlighting the failure of the university to grow the professoriate for a decade.”

Korenberg and Cawley also co-chair the ARWG — a move Ghoussoub saw as overstepping the BoG’s boundaries and into academic affairs, which is the territory of the Senate and administration. By doing so, he said it set a “dangerous” precedent for future chairs, who may cite Korenberg’s actions to encroach further into administrative and senatorial affairs.

“It’s a major step backward in terms of governance. This is an administrative issue. The chair of the board cannot chair an academic renewal committee … so for me, this is a red flag,” he said.

In response, Korenberg said that academic renewal is a broad project, parts of which fall under the jurisdictions of administration, Senate and the BoG. He also noted that the ARWG is just an advisory committee, meant to evaluate factors to be targeted and advise on proceedings.

It is the responsibility of the Administration and the faculties to act on plans and targets.

“The inherent intersectionality of the matter, and the fact that this represents one of the most significant strategic priorities / focuses for the University and the Board, means that the Board is compelled to do what it can to be responsive to and constructive in its evaluation of the priority. It was on that basis that the Board, by unanimous resolution, authorized the Board Vice-Chair and Chair to serve as Co-Chairs of the Academic Renewal Working Group,” wrote Korenberg.

After calculating UBC’s budget spending, he found that investments into research and teaching have flatlined over the last three or four budgets while spending in areas like administration has seen “enormous increases.”

“I’m not convinced that [money is currently] going to research and teaching and learning,” said Mac Lean. “… Counselling services and pretty much every service that affects [students’] ability to be successful at the university is also under stress. So what are we spending our money on?”

According to Korenberg, however, funding for academic renewal has now become a priority and funds will be sourced from endowments and fundraising work to put into this initiative.

“I certainly found that the focus on learning, research and the mission of the university has taken a significantly positive upward share of mind at the board, singularly because of the focus Nassif, Charles Menzies and John Klironomos, as the current elected faculty representatives in the board, bring,” he said.