U of T professor doesn’t believe in gender neutral pronouns, criticized by UBC professor in debate 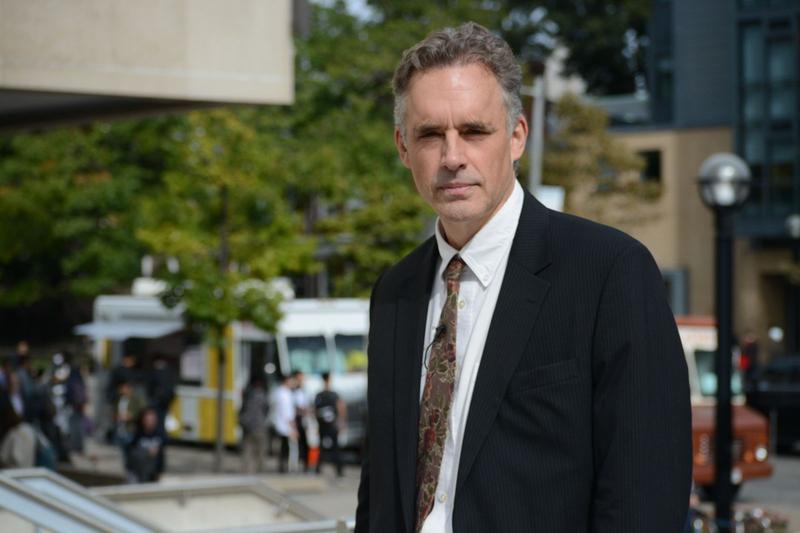 University of Toronto psychology professor Jordan Peterson, who does not use gender neutral pronouns. Photo courtesy Steven Lee / The Varsity

The University of Toronto (U of T) held an academic forum this past Saturday to discuss Bill C-16 and the gender provisions of the Ontario Human Rights Code (OHRC). Mary Bryson, professor and a senior associate dean in UBC’s faculty of education, was present.

Bill C-16, which passed in the House of Commons on November 18, would add gender identity and gender expression to the list of prohibited grounds of discrimination in the Canadian Human Rights Act. People in Ontario are currently protected from discrimination and harassment on the basis of gender identity and expression under provisions of the OHRC. Tickets for the forum, offered for free, were sold out and the event was livestreamed.

The forum featured Bryson, law professor Brenda Cossman, and director of the Bonham Centre for Sexual Diversity Studies at U of T and psychology professor Jordan Peterson.

The debate arose out of the highly publicized controversy at U of T following Peterson’s YouTube lecture released September 27, which criticized Bill C-16 and “political correctness.” In the video, Peterson stated that he would refuse to use gender neutral pronouns if someone requested their use, a point he has consistently reiterated.

As the forum began, many viewers experienced problems with the livestream on U of T’s website, with many taking to Twitter to voice their complaints. A second livestream of the event, this one on YouTube, was quickly posted on Twitter during the introduction.

The event started with a 10-minute segment from Peterson. Peterson started by asking the men and women in the audience to stand separately to highlight the greater number of men in the room.

“There are pronounced gender differences in openness such that men are higher in intellect, which encompasses interest and ideas, and women are higher in aesthetics, which encompasses interest in art and in literature,” said Peterson.  “I just wanted to point out that there was a natural gender divide that occurred naturally and without compulsion in this particular case … and that the more our society enforces its increasingly absurd demands for equity among everyone, the less likely it is that such natural divisions will be able to manifest themselves in our society in keeping with the pronounced and deep differences between the genders.”

Peterson continued by discussing the idea of “political correctness” and what he sees as the potentially negative consequences of Bill C-16.

Cossman tried to clear up misunderstandings circulating about Bill C-16 and contested the claims that a person would be criminally liable for using gender neutral pronouns if the bill was put into effect.

“Do these provisions in any way criminalize the use or misuse of pronouns? Not even close,” said Cossman. “Hate speech provisions in the code have a very high threshold. The Supreme Court of Canada has repeatedly defined hate speech as only including the most extreme forms of speech.”

Bryson chose to target the lack of scholarly basis of Peterson’s claims and the harm they could cause.

“There is no set of knowledge claims more important to subject to political scrutiny than statements that appear to perpetuate and to incite already existing forms of hatred, violence and prejudice towards members of minority groups,” said Bryson.

“Although this man is making these claims as [a professor] at a great Canadian university, the claims are not being made in relation to any publicly accessible body of peer-reviewed scholarship. Bad science is deadly.”

This story was originally reported on by U of T’s student newspaper, The Varsity. Peterson has received backlash and disappointment from the university community. A.W. Peet, a U of T physics professor who identifies as non-binary and uses the pronoun “they,” even said in an interview with The Varsity, “It doesn’t really matter whether he thinks we exist or not, because we do. I just wanted to say, ‘Excuse me, I exist.’”