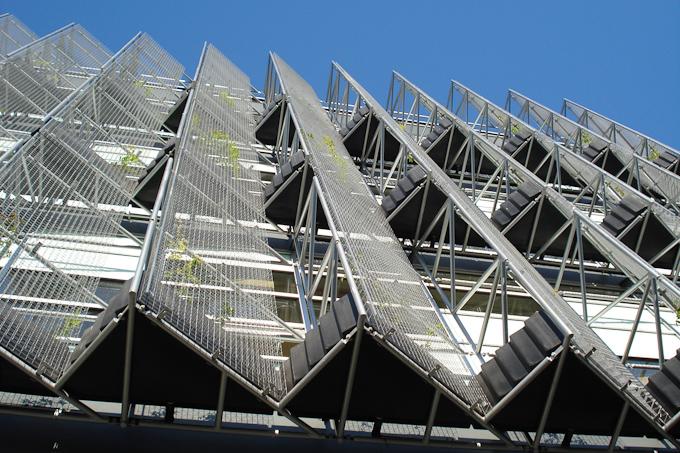 “When these frameworks get adopted uncritically, there’s a chance that alternative perspectives will get silenced or ignored because there’s a discretion that this is what we’re all going to work with.” File John Qi

With the presentation of UBC’s Annual Sustainability Report at the December 2019 Board of Governors (BoG) meeting, the university is outwardly making sustainability a priority. But not everyone is satisfied with the framework UBC is taking.

Three professors in the department of education penned an open letter to the Board regarding UBC adopting a new framework for its sustainable achievements based on the United Nation (UN) Sustainable Development Goals (SDGs).

In the open letter, the professors urge against an “uncritical adoption of the SDGs” as part of UBC’s Sustainability framework, in order to take part in critical reflections on the UN framework.

Reasons behind the framework

UBC believes that adopting the SDG framework will allow them to make changes beyond the university community. The 17 SDGs address interconnected global challenges including poverty, inequality, climate change, environmental degradation, peace and justice.

“UBC has a responsibility to effect change beyond our institutional boundaries and to advance a sustainable and just society across British Columbia, Canada and the world,” said UBC Sustainability representatives in an emailed statement to The Ubyssey.

The representatives added the SDG framework will be helpful in considering the multiple aspects of sustainability.

“There are a growing number of higher education institutions globally, which have also adopted them as a framework. They provide a helpful device to help organizations communicate and engage with their internal and external communities around work that they are doing to tackle sustainability as a broad and crucial issue of our time.”

Dr. Sharon Stein, assistant professor in higher education at the department of educational studies, believes that it is good to see this commitment to sustainability from the university. But she is concerned about an uncritical adoption of the framework by professional institutions.

“This doesn’t mean there isn’t a commitment to sustainability, but I’ve noticed that there are multiple universities and professional organizations around higher education that [have] tried to take up the mantle of the SDGs to demonstrate their relevance and engagement in the time of social challenges,” she said.

Stein explained that she learned about the framework through a contact she had at UBC Sustainability.

Alongside Dr. Vanessa Andreotti, Canada Research Chair in Race, Inequalities and Global Change at the UBC department of educational studies, and Dr. Cash Ahenakew, associate professor in Indigenous education, they discussed their concerns with the framework through the letter.

“We were wondering what the impact of this happening would be because a lot of people tend to assume that organizations like the United Nations are universal or neutral bodies, but they are not. Frameworks like this offer a great deal and there [are] many things to be said in its favour, but at the same time, there’s a lot of things that are left out of it,” Stein said.

“When these frameworks get adopted uncritically, there’s a chance that alternative perspectives will get silenced or ignored because there’s a discretion that this is what we’re all going to work with.”

Stein, Andreotti and Ahenakew expressed their concerns regarding the neo-colonial patterns that tend to be reproduced when these mainstream frameworks are adopted.

All three professors agreed that in general, Indigenous perspectives on mainstream sustainability and development have been ignored, marginalized or not included in frameworks like the SDGs.

“There’s a notion that the West is the most advanced and that society and the rest of the world should be following in its footsteps. This assumes several things: Western knowledge and that we will continue this extractive economic system that is not only ecologically unsustainable but also is violent,” said Stein.

“It uses the earth and other living entities as natural resources to be commodified as opposed to living relations, as many Indigenous communities stated as their relation to those things.”

The professors would like to make sure that by adopting this framework, the university will still take into account non-western ideas in a meaningful way.

“This is opposed to patterns by which certain voices are invited in and they’re conditionally included until the point where they critique the institution of the segment and tend to not be invited anymore or those conversations never really translate into any substantive change in the institutional vision,” said Stein.

Alongside the focus on Indigenous communities because UBC is on unceded Indigenous land, Stein added there should be an ethical engagement with other historically and ongoing marginalized groups and communities.

Stein, Andreotti and Ahenakew hope to see a more substantive engagement with the means to adopt a framework like the SDGs. Additionally, how the university will preserve spaces for critical conversations and debates about sustainability, development and the university's role involving the SDGs in particular.

“We’re trying to assert in the letter that it’s important to have places for these voices that would allow students, faculty, staff and community members to voice their perspectives and concerns about how the university is picking up this issue of sustainability. Also, how we can have a more pluralized and democratic approach to these issues, allowing space for discussion and conversation,” said Stein.

As for alternatives, the professors said they tend not to suggest a universal framework, as they will all have limitations. Rather, they would like a space for conversations about what these different frameworks might look like at UBC.

“We would like to see the university engage these different perspectives of sustainability and development. In particular, the perspectives of historically ongoing marginalized communities including Indigenous, racialized and others, whose voices on these topics have generally been ignored or only hypocritically engaged.”

Currently UBC is still considering how it will utilize the SDGs.

“We want to ensure that this framework aligns and supports the work we have already undertaken around sustainability,” said UBC Sustainability, citing recent commitments to full divestment and the declaration of a climate emergency as key examples.

“Yes, we can be part of the solution, but we have to think about how we are historically and currently part of the problem as well,” Stein said.