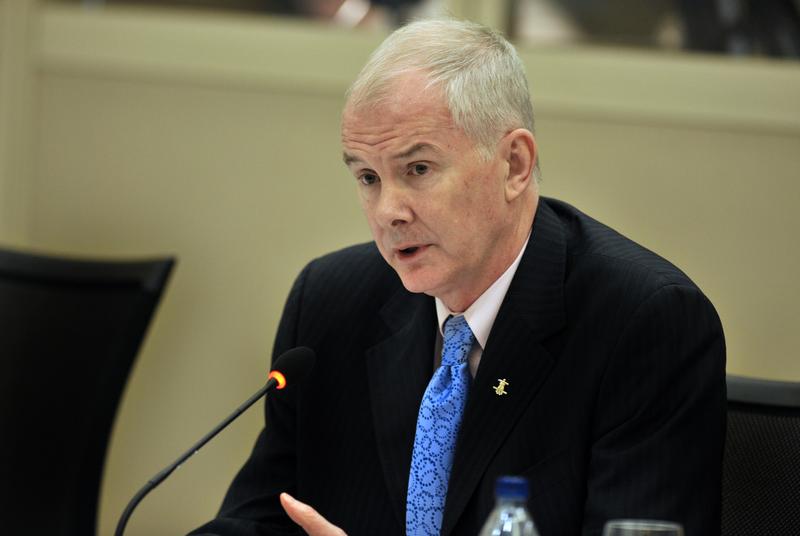 After a decision made by President Santa Ono, John Furlong has been reinstated as the keynote speaker at the 18th ZLC Millennium Scholarship breakfast, an annual event to support varsity athletes, to be held in February. Furlong was removed as the event’s speaker on December 23, after allegations against him from 2012 regarding child abuse resurfaced in a letter of protest submitted to the university.

“With today’s decision we are making right the fundamental wrong at the heart of the issue: a well-intentioned but incorrect decision to cancel John’s speaking engagement in the first place,” wrote Ono in his statement on the matter.

According to Ono’s previous statement, the original decision to remove Furlong from the event was made by the athletics department and neither Ono nor members of the UBC Board of Governors were participants. At that time, representatives of Furlong’s speaking engagements asked UBC to reconsider the decision, saying that it was “ill-informed.”

It seemed that the original decision was sparked after Glynnis Kirchmeier, a UBC alum and human rights complainant against the university, wrote a letter assembling the previous allegations and asking UBC to remove Furlong. In the letter, Kirchmeier noted that since the allegations against Furlong came from students at a former residential school, the university was counteracting its very public commitment to truth and reconciliation with Indigenous peoples. UBC also received some backlash from the university community at the time.

“This is a very precise illustration of how empty not only UBC's commitment to truth and reconciliation is, but all of Canada’s,” said Kirchmeier in an interview with The Ubyssey, noting her disappointment with UBC’s decision to reinstate Furlong as speaker.

“I think that they’re completely out of alignment,” said Sarah Hunt on UBC’s decision and its correlation with the values of UBC truth and reconciliation towards Indigenous peoples. Hunt is an associate professor at UBC for First Nations and Indigenous studies, and has expertise in the topics of inter-generational trauma and abuse stemming from residential schools. “I would encourage the president to listen to everybody … to listen to his students, to listen to his Indigenous faculty and community members.”

Soon after Furlong’s removal as keynote, Ono released a statement of apology to Furlong, saying that “UBC made this decision in good faith, but without proper consideration of its potential impact on Mr. Furlong or his family.”

However, at this same time of apology — January 4 — UBC Public Affairs confirmed that UBC would not be reinstating Furlong as speaker at the banquet.

“UBC will not be reconsidering its decision regarding this breakfast speaking engagement,” said Susan Danard of UBC Public Affairs, in a written statement to The Ubyssey at the time. “Regarding the future, President Ono has said that decisions need to be made following a more robust deliberative process.”

However, Ono has since reevaluated this decision according to his newest statement, which solidifies Furlong’s presence at February’s banquet.

“The British Columbia Civil and Supreme Courts have ruled in favour of Mr. Furlong in every matter that has come before them. The university had no basis to put its judgment above theirs,” wrote Ono in the statement.

Furlong was previously sued by three people after a Georgia Straight article was published in 2012, for alleged abuses suffered at his hands during their time as elementary school students. According to The Globe and Mail, in one case, the RCMP chose not the file a report to Crown Counsel, halting proceedings before they reached court. They attributed this decision to the fact that those reports lacked consistency and could not be corroborated. The two other cases were dismissed.

Most recently, a human rights case has been filed by six six Northern British Columbia First Nations members for ethnic discrimination for the mishandling of the allegations against Furlong by the government and police. The case was filed on December 5 and attributes further victim suffering to the government’s failure to adequately investigate previously filed cases.

“It is a factual inaccuracy that these matters have been fully tested by the court because of course, there is the pending human rights case,” said Kirchmeier.

The community has been quite divided in response to Furlong’s removal and reinstatement — while there was a great deal of dissatisfaction expressed with his original role as keynote, there was evident support for him after the initial removal. Reportedly, Furlong was sent over 75 letters of support from community members. Furlong has since released a statement in conjunction with Ono’s, noting thankfulness for the support he has received.

“I respect and appreciate that President Ono and Board Chair Stuart Belkin have shown decisive leadership, making a wrong decision right,” wrote Furlong in the statement. “I trust we can leave this behind us now to focus on ensuring the event enjoys record attendance and financial success.”

“We confirm that Mr. Furlong has graciously accepted our invitation,” reads Ono’s latest statement. Both Ono and Furlong have declined to comment further.