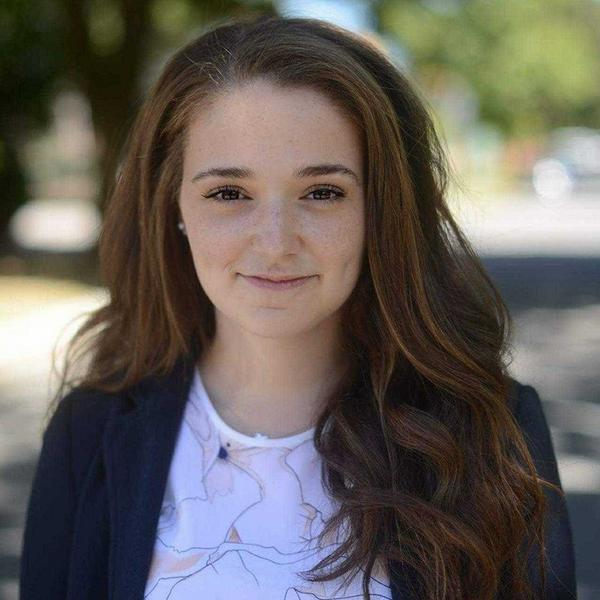 Adi Pick is by far the youngest of the candidates. Josh Medicoff

Adi Pick, a fourth-year international relations student, is one of 19 candidates running to replace the nine Vancouver School Board (VSB) trustees who were fired last year. Along with being an independent candidate, she is also by far the youngest contender.

“I am running because student input needs to be taken into consideration,” she said. “When I was in the tenth grade, the school board put on a district-wide forum. They created this giant poster with our ideas, [but] nothing happened since.”

If elected, Pick has promised to regularly visit schools, student councils and Vancouver District Student Council’s (VDSC) meetings to keep in touch with the student body.

She acknowledged that the creation of a student trustee in 2013 has helped promote student interests, but stated that it does not sufficiently protect students who need it most.

She pointed out that most student councils — from which student trustees are elected — have a B+ average requirement, thus making the trustees “very strong academically and socially” in general. To her, this is not fully representative of the student population.

“I don’t think that looking at our strongest students is a good measure of our school board,” Pick said. “We need to be interacting at students who are more vulnerable and at risk of dropping out to see what we’re doing wrong there.”

The rest of her platform is built largely on improving the VSB’s seismic infrastructure and French immersion programs.

“I never went to school fearing for my life if an earthquake were to come,” said Pick. “There are still 28,000 students going to school in a building considered extremely high-risk.”

While her youth has been a major factor that sets her apart from the other candidates, Pick has also faced some criticism for it. Former Board Chair and Vision Vancouver candidate Michael Lombardi has openly stated that “more experienced candidates” ought to be elected to the nine trustee spots.

Pick argued that her years as a VSB student are experience enough.

“As a young person, I feel like coming to the provincial government and saying ‘this is what I’ve experienced in the last three years,’” she said, referring to the VSB’s repeated budget cuts. “

Pick also pointed out that she has also worked directly with the VSB in the past. As a student representative at Magee, she worked alongside Lombardi and his peers on Committee 1, which determines school annual schedules and holidays.

Pick also has her supporters.

Fellow candidates Fraser Ballantyne (NPA) and Lisa Dominato have endorsed her, as well as several former trustees who are eager to see a former student in a position of power.

“One [former trustee] called me and said ‘we shouldn’t have only retired people making decisions for our students,’” she said.

“You get nine votes — so use them wisely.”